In a rare Tuesday interview with CNN, Gorsuch expressed optimism about the country’s future generally and the rule of law in particular.

“This country has been through a lot of challenges and always risen resiliently to them,” Gorsuch said. “Whether it’s the civil rights movement, surviving through our Civil War or today’s challenges, whatever they may be, I’ve got great confidence in America and I say to those who don’t: ‘Look elsewhere. Where else would you rather be?'”

Gorsuch made those remarks during an extended discussion about the consistency of the rule of law in America. He rejected the idea that Kavanaugh’s confirmation entrenched a dedicated conservative majority that will move the law in its preferred direction. Gorsuch noted many of the Court’s cases are decided unanimously or with a high degree of agreement, while disputes that divide the justices along ideological lines represent a comparatively smaller portion of their work. (RELATED: Neil Gorsuch Keeps A Giant Reminder Of Justice Scalia At The Supreme Court) 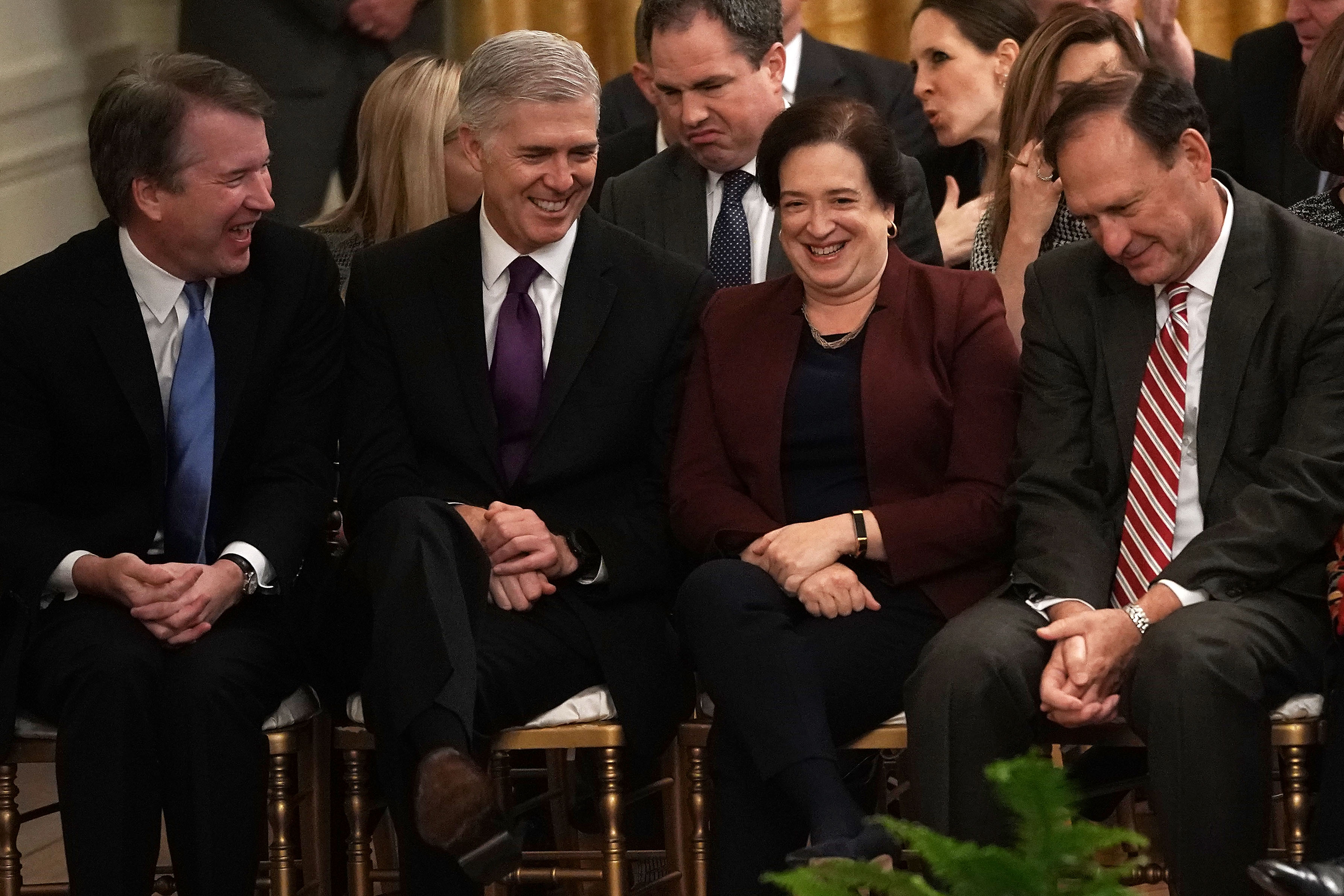 Some of those high-consensus decisions even touched polarizing topics like religion in public life. A 7-2 Court ruled in June that a World War I memorial cross in suburban Maryland does not violate the First Amendment’s ban on establishments of religion.

The justices divided 5-4 in 29% of cases. Even there, however, the outcomes were not predictable. The five Republican appointees voted together in just seven of the 5-4 cases. On the other hand, every conservative justice “crossed over” to form a 5-4 majority with the liberals at least once. In many other cases, the five-justice majority had no clear ideological valence.

The Supreme Court will return from its summer hiatus and begin hearing cases on Oct. 7.