The former vice president added six new senior staff members, all of which are minorities and women, according to Axios.

The move is an attempt to diversify his campaign in the image of former President Barack Obama, according to the publication. 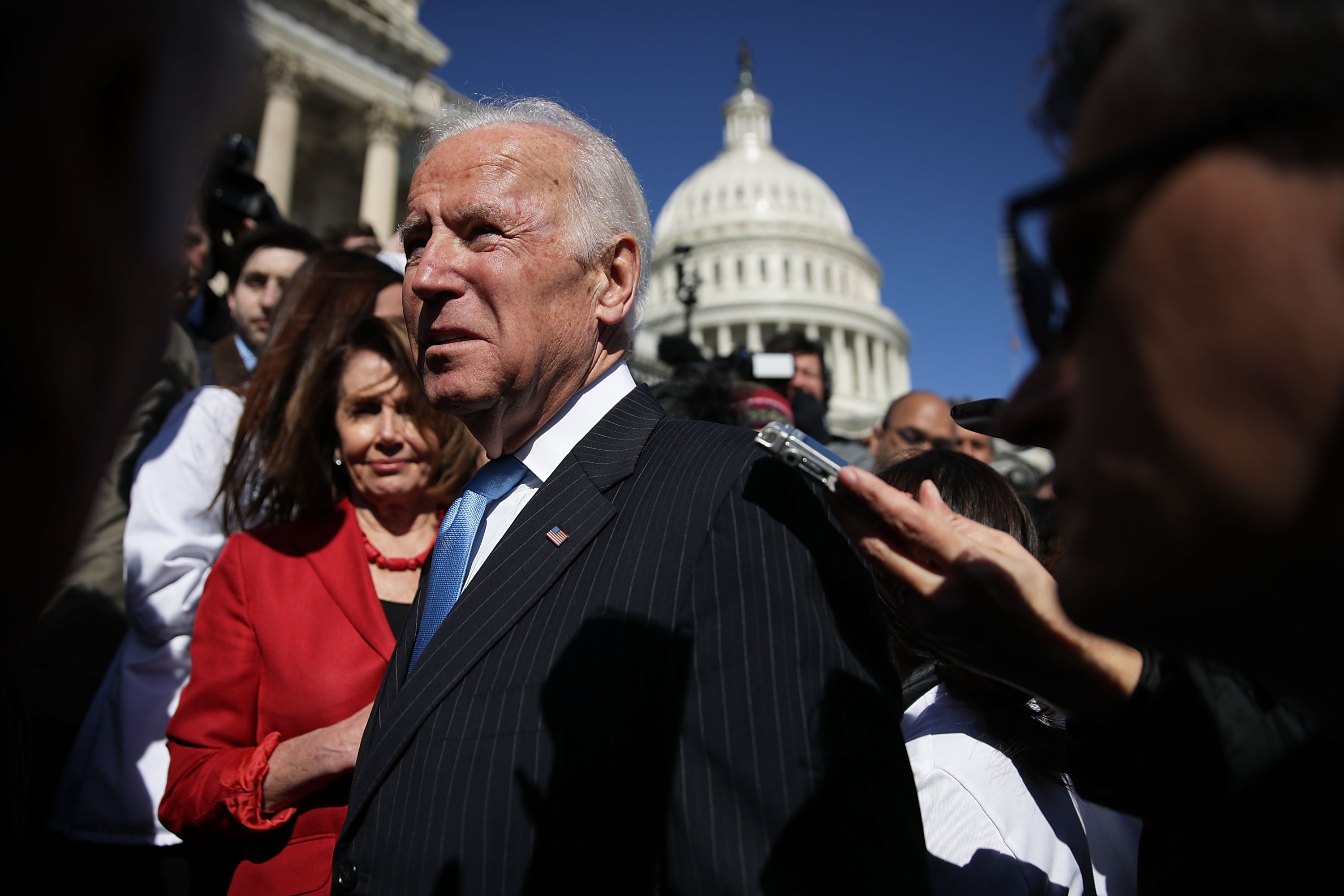 WASHINGTON, DC – MARCH 22: Former U.S. Vice President Joseph Biden speaks to members of the media as House Minority Leader Rep. Nancy Pelosi (D-CA) looks on after an event on health care at the House East Front of the Capitol March 22, 2017 in Washington, DC. House Democrats held the event to mark the seventh anniversary of the Affordable Care Act. (Photo by Alex Wong/Getty Images)