The USMCA, a change from the North American Free Trade Agreement (NAFTA), is a bipartisan trade agreement that some think could benefit America’s farmers, ranchers, businesses, and workers. Once approved by Congress, the USMCA is supposed to help longstanding trade problems by giving American businesses more freedom to sell their goods and services throughout North America.

“Robert Lighthizer sounded upbeat about the future of the USMCA, and for good reason: he and the White House worked tirelessly to strike a trade deal with Mexico and Canada that would benefit all Americans, from manufacturers in Michigan to wine producers in California. Mexico has already ratified the USMCA. Canada is also ready to move forward. The time is now for Congress to act, and House Republicans are confident the USMCA would pass if brought to the floor,” McCarthy told the Daily Caller after his meeting with Lighthizer.

“Doing so would not only add nearly 180,000 jobs and increase our country’s GDP by $68.2 billion, but it would also strengthen the United States’ position at the negotiating table with China. I look forward to Congress heeding the calls of the American people and passing the USMCA in the coming months,” McCarthy continued. (RELATED: Trump’s USMCA Trade Agreement Just Cleared A Major Hurdle In Mexico) 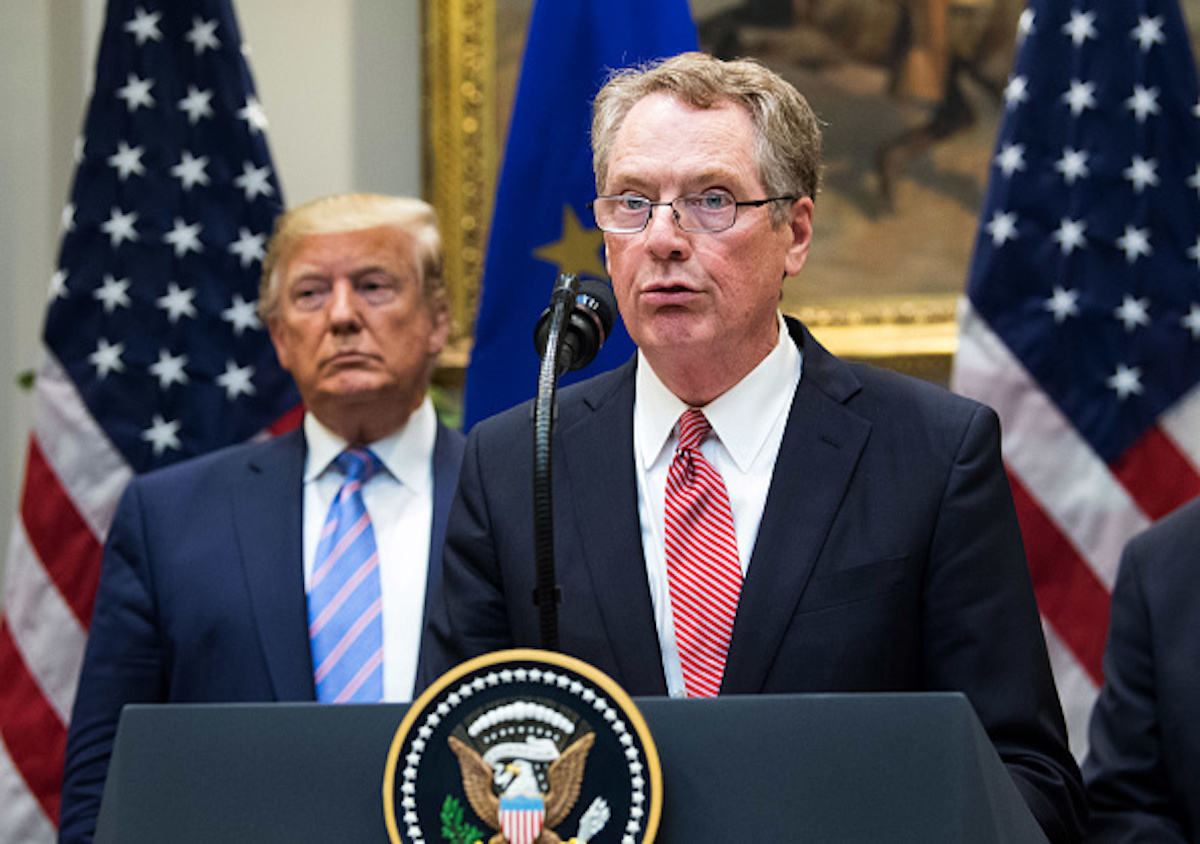 Robert Lighthizer, U.S. trade representative, speaks during a signing ceremony in the Roosevelt Room of the White House in Washington, D.C., U.S., on Friday, Aug. 2, 2019. (Photographer: Kevin Dietsch/Pool via Bloomberg)

In June The Republican National Committee (RNC) launched a six-figure advertisement buy this week targeted at 20 congressional Democrats across the country, asking constituents to push Congress to approve the USMCA. (RELATED: EXCLUSIVE: RNC Drops 6 Figures On Ad Buy For USMCA)

“While President Trump is keeping his promise to fight for fairer trade deals, Democrats are intent only on fighting President Trump,” RNC Chairwoman Ronna McDaniel said to the Daily Caller in June. “The USMCA will spur economic growth, create thousands of jobs, and allow American businesses to thrive in the modern economy. Congress needs to get on board and pass the USMCA on behalf of the American people.”

House Democrats will decide the future of one of President Donald Trump’s top issues as they return to Washington from a month-long recess.