Rep.-elect Dan Bishop of North Carolina raised a fraction of what his Democratic opponent received in the lead-up to Tuesday’s special election, but large sums of outside spending helped push the Republican over the edge to victory.

The race for North Carolina’s 9th Congressional District, which was described as a potential 2020 bellwether, was flooded with nearly $11 million in outside spending that favored Bishop by a factor of 2-to-1, The Charlotte Observer reported.

“What this amount of money indicates is how much both parties are willing to truly invest in elections that may not have a governing consequence but have more strategy and symbolism,” political scientist Michael Bitzer said, according to the Observer.

The RNC has no debt and a war chest of $46.6 million as of the end of July, the latest available records with the FEC, dwarfing the DNC’s cash reserves of $9 million and $5.6 million in debts. 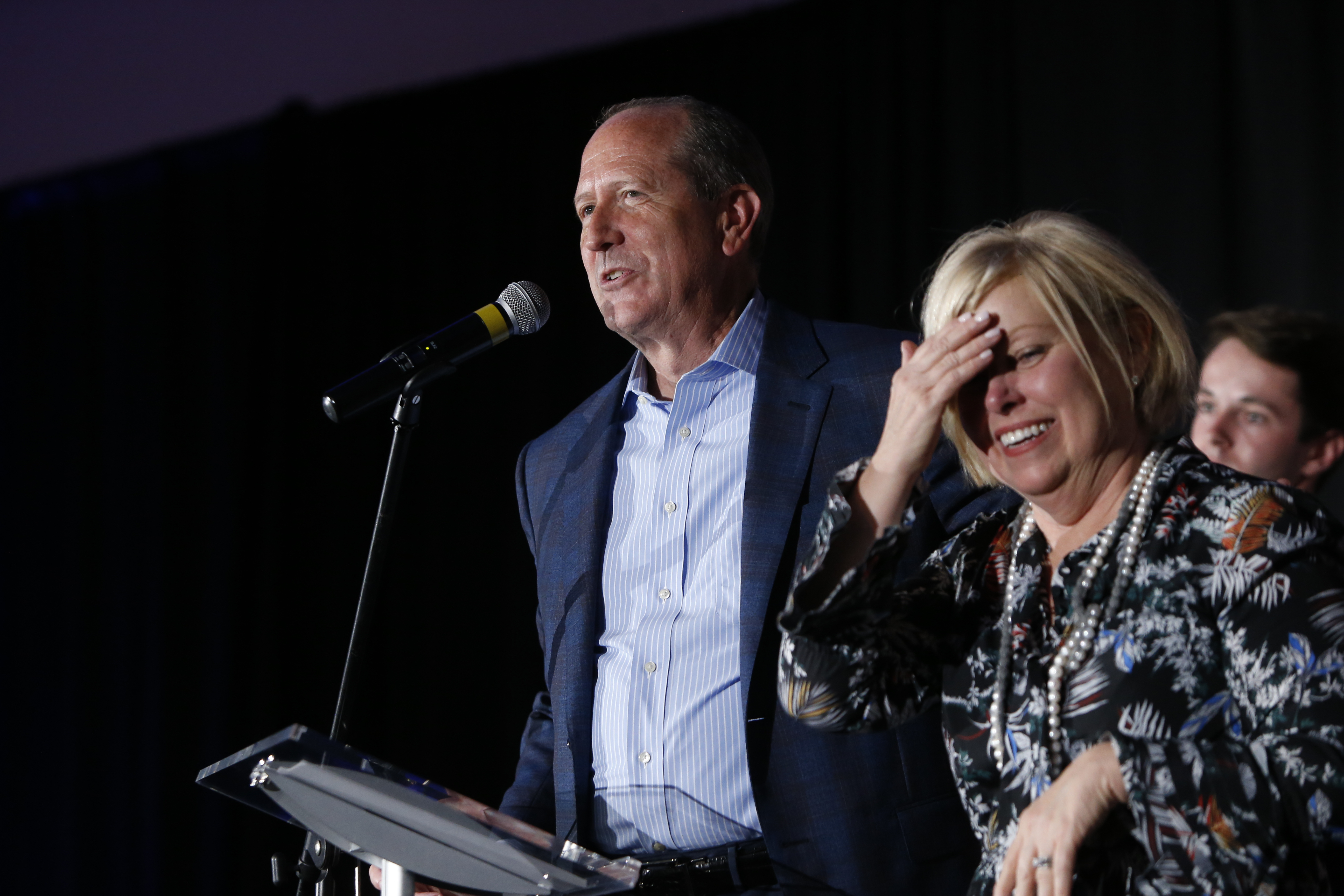 North Carolina 9th District Republican candidate Dan Bishop is joined by his wife Jo Bishop, as he celebrates with supporters after being announced as the winner of his race defeating Democratic candidate Dan McCready during an election night party on Sept. 10, 2019, in Monroe, North Carolina. (Brian Blanco/Getty Images)

Other major outside spenders in the race were the House Republican-tied Congressional Leadership Fund and Club for Growth Action, “super” political action committees that spent $2.3 million and $1 million, respectively, attacking McCready.

Bishop was the beneficiary of $6.8 million in outside spending while McCready benefitted from $3.9 million, the Observer reported.

But perhaps most critical to Bishop’s victory was his election-eve rally with President Donald Trump.

Beautiful evening in Fayetteville tonight! Big day in North Carolina tomorrow. Make sure you get out and VOTE for Dan Bishop in #NC09 and Greg Murphy in #NC03! pic.twitter.com/bu296fHQab

“We fell an inch short tonight, but it took more than $6 million in outside Republican spending and a last-minute Trump rally,” Bustos said in a statement.

The large sums of outside money made the race one of the most expensive congressional special elections in U.S. history, coming second only to the $27 million spent in 2017’s special election in Georgia that resulted in a victory for Republican Karen Handel over Democrat Jon Ossoff.