President Donald Trump awarded the Presidential Citizens Medal to Vietnam veteran Rick Rescorla during a 9/11 memorial ceremony at the Pentagon on Wednesday.

The Vietnam veteran was serving as vice president of security at Morgan Stanley in the South Tower of the World Trade Center when he was killed during the Sept. 11, 2001, attacks.

“We saw American perseverance in the valiant New York firefighters, police officers, first responders, military and everyday citizens who raced into the crashing towers to rescue innocent people,” the president started. “One such American was retired Army Col. Rick Rescorla, who gave his life on 9/11.”

“Rick earned the Silver Star and the Purple Heart for his service in Vietnam. He later became the vice president for security at Morgan Stanley in the World Trade Center. On the day of the attack, Rick died while leading countless others to safety,” Trump added. “His selfless actions saved approximately 2,700 lives.”

Rescorla was born in the U.K. and served in the British Army before immigrating to the United States and serving a U.S. Army colonel during the Vietnam War, for which he received the Silver Medal and Purple Heart, as well as the Bronze Medal and Vietnam Cross of Gallantry, according to the Washington Examiner.

“Today, I’m honored to announce we will soon be awarding the late Rick Rescorla the Presidential Citizens Medal for his extraordinary sacrifice. Though Rick has left this earth, we will ensure that the memory of his deeds will never, ever be forgotten. His memory will forever endure. Thank you. Thank you, Rick,” the president concluded. 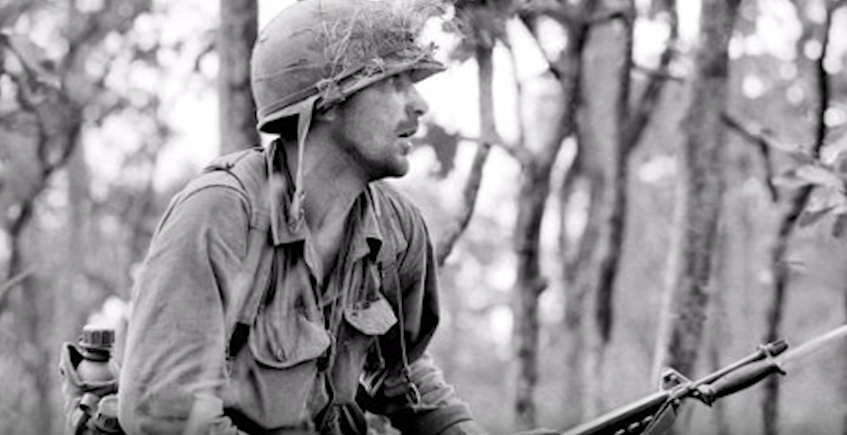 Rescorla helped evacuate almost all the employees at Morgan Stanley and led other groups out of the South Tower as one of the terrorist-hijacked planes struck the building, according to the Washington Examiner. (RELATED: Explosion Rocks US Embassy In Afghanistan On 9/11 Anniversary)

The president also used the memorial as an opportunity to warn present-day terrorists that should they enter the United States with harmful intent, the U.S. “will go to wherever they are, and use power the likes of which the United States has never used before.”

The five men charged with planning the terrorist attacks on the World Trade Center and the Pentagon that left nearly 3,000 people dead will be tried Jan. 11, 2021.