The post-presidential entertainment careers of Barack and Michelle Obama have hit a major obstacle: they don’t own the trademark of their “Higher Ground Productions.”

The United States Patent and Trademark Office has ruled that the Obamas company name is too similar to Massey’s and the entrepreneur was there first, registering her name in 2017. (RELATED: Obamas Announce Their New Shows And Films Launching On Netflix)

That was the beginning of the trademark war that started with an initial request from the Obamas’ lawyer for Massey to find another name. Massey refused but suggested she might be amenable to negotiation if she was included in some of the Obamas future projects.

Now the presidential duo are playing hardball and simply want to scrub Massey’s trademark from the ledger.

The legal wrangle hasn’t impeded the Obamas in their quest to reinvent themselves as entertainment moguls. They have one Netflix film released and other projects planned. In June they announced that they would also be producing podcasts for Spotify. (RELATED: Plant Featured In The Obamas’ ‘American Factory’ Netflix Film Was Listed As An ‘Investment Success’ Under Obama Initiative)

The Obamas have reportedly been able to override other trademark owners with brands sounding similar to Higher Ground, but the Massey case has proven problematic, lawyer Jim Vana told The Times. 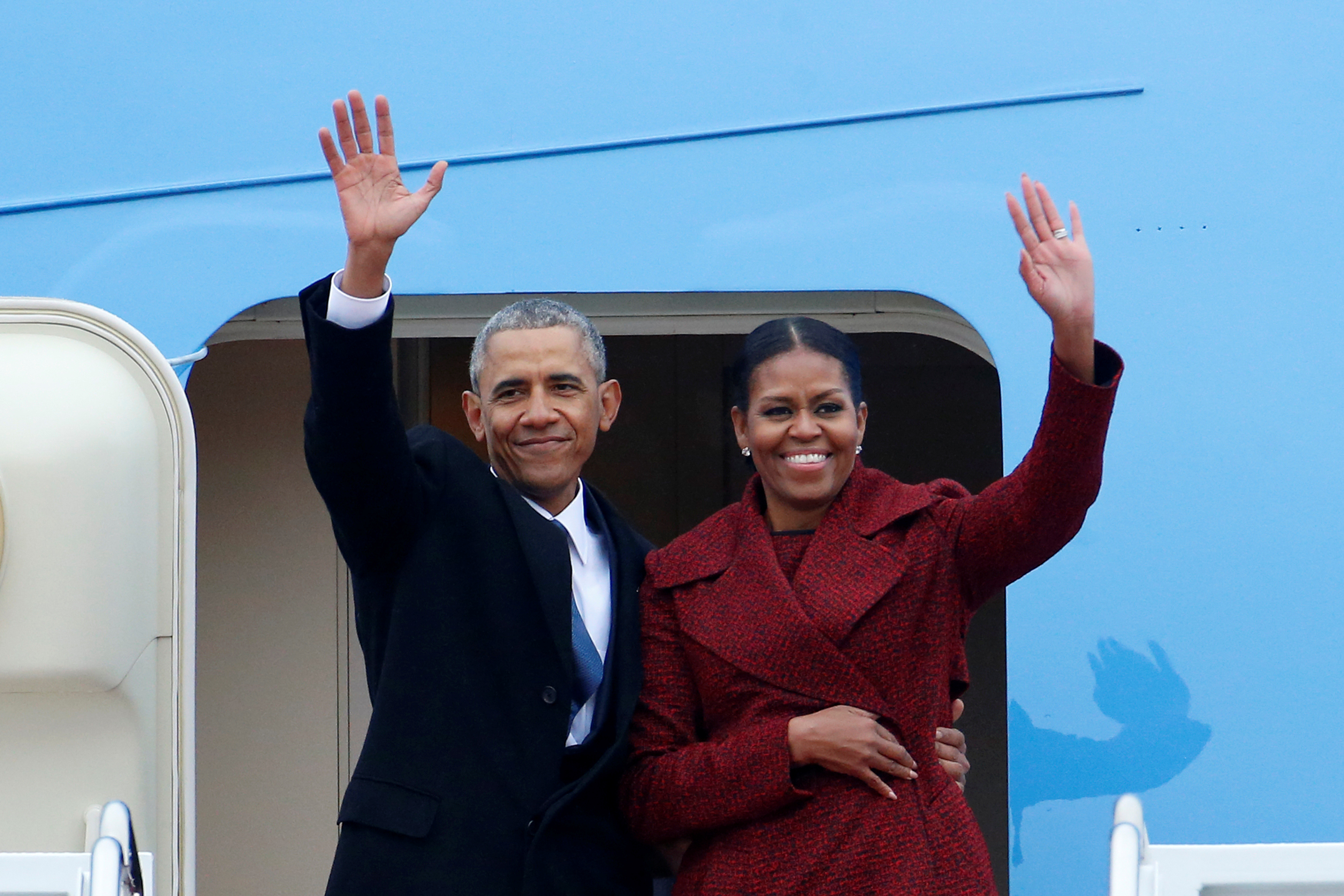 Former president Barack Obama waves with his wife Michelle as they board Special Air Mission 28000, a Boeing 747 which serves as Air Force One, at Joint Base Andrews, Maryland, U.S. Jan. 20, 2017. (REUTERS/Brendan McDermid)

Massey isn’t willing to sell the trademark to the Obamas; she wants a piece of the action that includes participating  and their video productions.

Massey’s lawyer, Larry Zerner, confirmed that acting assignments are part of the deal, The Times reported.

However, Obamas filed a petition to cancel Massey’s trademark. They could be successful in doing so if they can prove Massey’s company does not actively use the trademark in her regular business affairs. With Massey involved in a host of ventures, that might prove difficult.

Harvard Law School professor Rebecca Tushnet told The Times, “If there’s not sufficient use of the mark, then the registrant has no rights and the Obamas can go ahead,” Tushnet said. On the other hand, if Massey can demonstrate that she does consistently make use of the trademark, she could have a case against the Obamas, suing them for trademark infringement.