The Trump administration is officially rolling back an Obama-era environmental rule that threatened farmers and other landowners with significant fines or jail time if they failed to comply with onerous regulations on waterways.

The Clean Water Rule, more commonly referred to as the “Waters of the US” rule or WOTUS, was finalized by the Obama administration in 2015. The rule attempted to clarify which waters were subject to the regulations of the Clean Water Act, but in many cases ended up confusing land owners even further.

For example, WOTUS is supposed to contain agricultural exemptions for farmers. But the federal government sued John Duarte for $2.8 million for plowing his field without a permit because he resided on seasonal wetlands. (RELATED: Feds Fine Farmer $2.8 Million For ‘Deep Ripping’ Of Farmland)

A senior administration official described the Trump administration’s move to undo WOTUS as a win for land owners and a pushback on government overreach.

The official told the Daily Caller, “Today, the Trump Administration announced its repeal of President Obama’s oppressive WOTUS regulation. For years, this rule has been used by government agencies to punish farmers and private land owners with out-of-control fines and imprisonment for simply working to protect or better their property. This is another promise kept for our farmers and ranchers as President Trump continues to remove crushing regulations from the American people.” 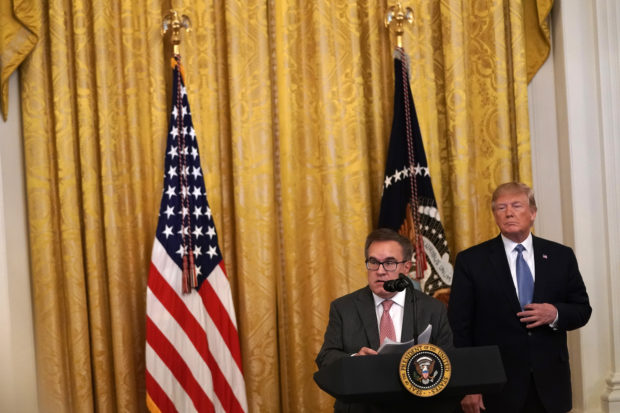 In a 2016 case, 77 year old Navy veteran Joe Robertson was criminally prosecuted and served 18 months in prison because he dug ponds around his Montana home in the hopes of keeping wildfires at bay. The ponds were connected to a foot-wide “river,” so the EPA determined that Robertson had been digging too close to “navigable water” without a permit.

At the time of the rule’s implementation, the Obama administration claimed that it was necessary to protect U.S. waterways from pollution.

“The only people with reason to oppose the rule are polluters who threaten our clean water,” senior White House adviser Brian Deese said in 2015. “The status quo is rife with unsustainable confusion over what’s protected and what’s not.”

The Trump administration initially tried to re-write the WOTUS rules in 2018, but they were blocked by a court injunction.