The Trump administration is expanding the “Remain in Mexico” program by opening up two temporary tent facilities in Laredo and Brownsville, Texas.

Federal immigration authorities have erected two temporary tent facilities in Texas to help manage the onslaught of asylum applicants appearing at the U.S-Mexico border. The Laredo location officially opened on Wednesday, and Brownsville’s first hearing took place on Thursday. The two camps will start small, only conducting a handful of hearings a week, but plan on being “fully engaged” in roughly two weeks’ time, according to the Justice Department.

The new camps pertain to the administration’s Remain in Mexico program, typically referred to as the Migrant Protection Protocol (MPP) by the U.S. government. Implemented in January, MPP is a policy that requires foreign nationals who reached the U.S. through Mexico to return and wait in Mexico for the duration of their court proceedings. Such a system has given relief to the U.S. immigration court system, which has been inundated by a flood of illegal aliens requesting asylum at the southern border.

The federal government used only two immigration courts in San Diego and El Paso to process asylum claims. However, as the program expanded across the border, there was a need to construct immigration courts farther east into Texas. After studying where there are large areas of immigration flows, officials decided to establish camps in Laredo and Brownsville.

The “soft-sided” hearing structures are a temporary setup allowing aliens to process their claims by judges via VTC video conference. In Laredo, for example, there are 18 hearing rooms, with each room supplied with “state-of-the-art” VTC equipment. Brownsville, a much larger establishments, has 66 rooms. Judges from the interior of the country can video conference in and hear asylum cases from migrants at the southern border. The facilities also include waiting rooms for public attorneys and witnesses, and special waiting rooms for attorneys to meet with clients.

“I will tell you that we sell ourselves short when we say ‘soft-sided’ because these are hard-sighted structures that can withstand weather and things like that. I don’t want people to get the idea that these are tents in the middle of nowhere,” an official with the Justice Department said.

The camps, which include air conditioning and other amenities for occupants, are located near ports of entry in a secure area on land operated by Customs and Border Protection. People also enjoy security from Federal Protective Services, who not only conduct perimeter security, but also protect those visiting the facility.

Construction of the two camps marks the latest phase in the Trump administration’s efforts to stem the massive flow illegal immigrants attempting to enter the country. President Donald Trump has long argued that many of these foreign nationals are lodging bogus asylum claims in an attempt to skirt U.S. laws. 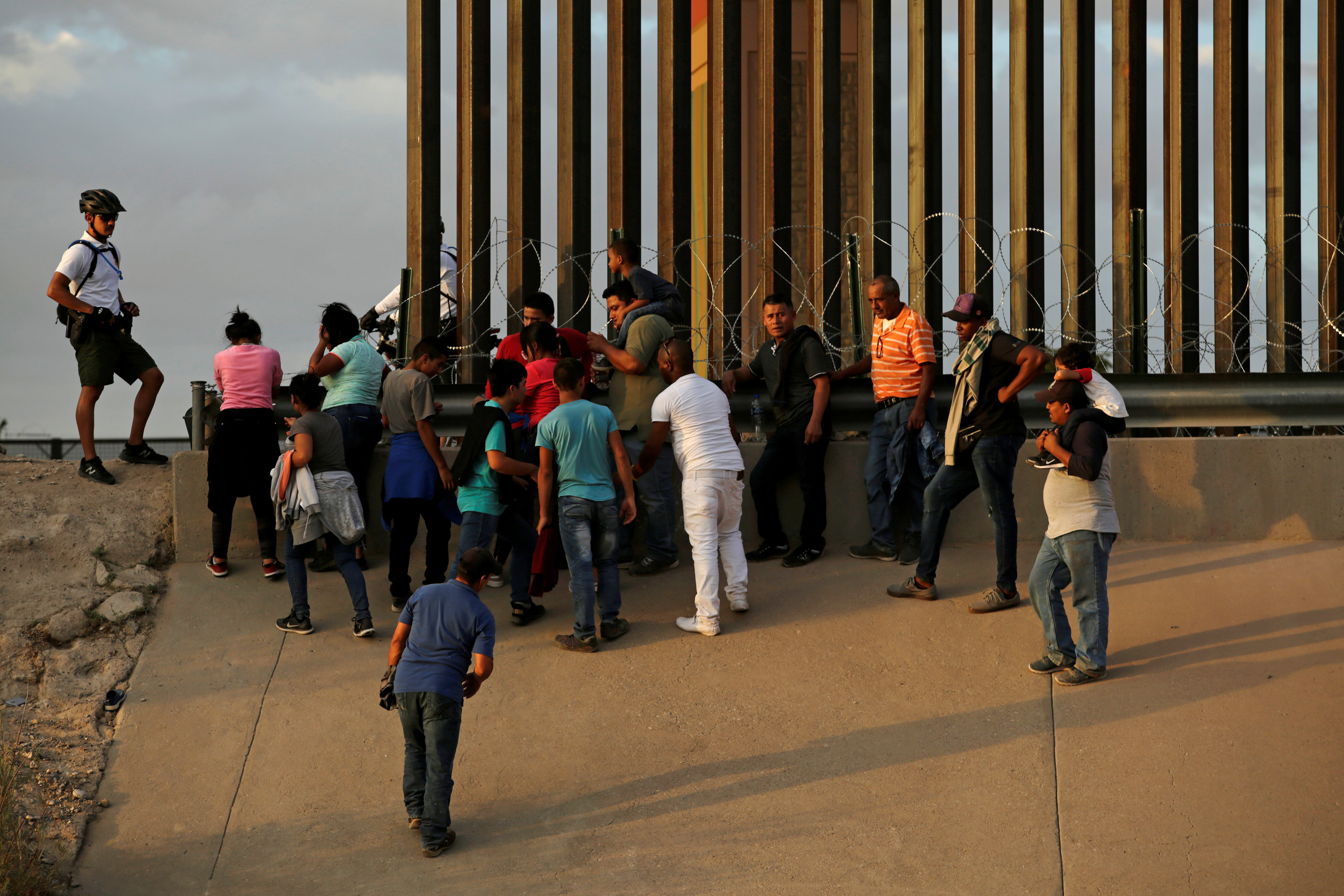 Federal immigration resources are unable to hold the massive number of migrants entering the country and waiting for their asylum claims to be adjudicated, resulting in a situation where they are ultimately released into the interior of the country, and many of them do not show up to their court hearings. Under MPP, this loophole is stricken by forcing migrants to stay in Mexico as they wait. (RELATED: Supreme Court Lets New Trump Asylum Restrictions Take Effect)

Under MPP, more than 12,000 foreign nationals who arrived in Laredo and Brownsville have been sent back to Mexico. Across the entire country, over 42,000 migrants have been returned to Mexico. The numbers indicate the success the program has had thus far in stemming the border crisis.

“The reality is that our system was never designed to handle the crisis-level flows of illegal and irregular migration overwhelming our ability to properly care for the record levels of family units and unaccompanied alien children arriving from Central America,” a senior official with the Department of Homeland Security said in a statement provided to the Daily Caller News Foundation.

“Though much work remains, the MPP program is serving as a critical tool to expedite the lengthy judicial process while helping combat the major incentives for transnational criminal organizations, traffickers and child smugglers to exploit our system to profit off the most vulnerable,” the senior official continued.