Griffin’s merchandise includes a hat, mug, t-shirt and a koozie all stamped with “IMPEACH BRETT” on a red banner. The website also features multiple items with the words “FUCK TRUMP.”

A count done by the Daily Caller estimates Griffin solicited her merchandise over 80 times through both tweets and replies.

Kathy Griffin has tweeted out the link to her Brett Kavanaugh merch several hundred times today.

A little surprised she hasn’t been flagged for spam for tweeting “admit it, my merch store has always been ahead of its time” that much.

Things can’t be this bad, can they? pic.twitter.com/oVnbfQC3Gi 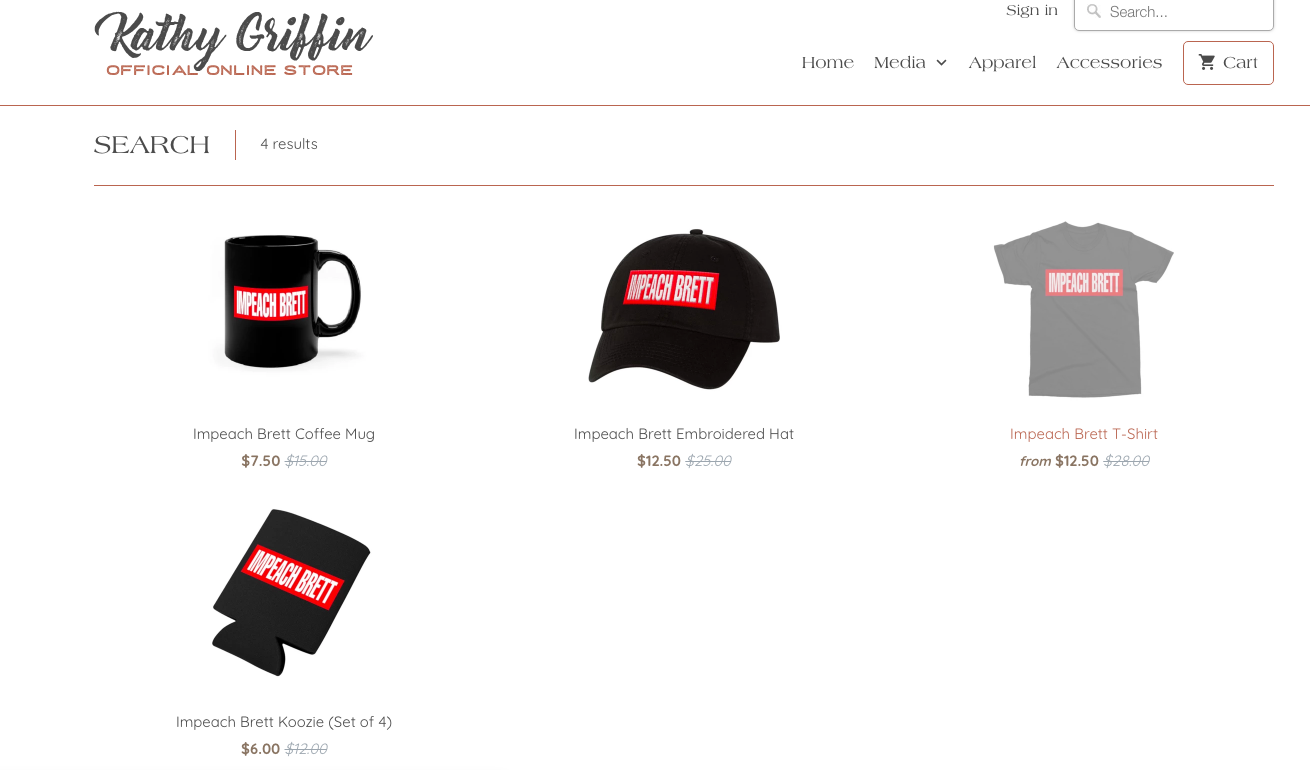 The New York Times released a report Saturday claiming Kavanaugh “thrust his penis” at fellow Yale student Deborah Ramirez. The allegation comes less than one year after Christine Blasey Ford claimed the now Supreme Court Justice attempted to rape her at a party, but she had little recollection of the event.

The Saturday article rekindled fires within the Democratic party to remove Kavanaugh from his post.

“He must be impeached,” California Sen. Kamala Harris said, according to NBC News.

The revelations today confirm what we already knew: During his hearing, Kavanaugh faced credible accusations and likely lied to Congress. I support any appropriate constitutional mechanism to hold him accountable.

The controversial apparel is not Griffin’s first bout in the political arena.

Griffin did a photo shoot in 2017 with a bloodied and severed effigy of President Donald Trump’s head, drawing immense criticism and a Department of Justice Investigation. (RELATED: Portland Man Says He Was Beaten By Bar Mob For Wearing MAGA Hat) 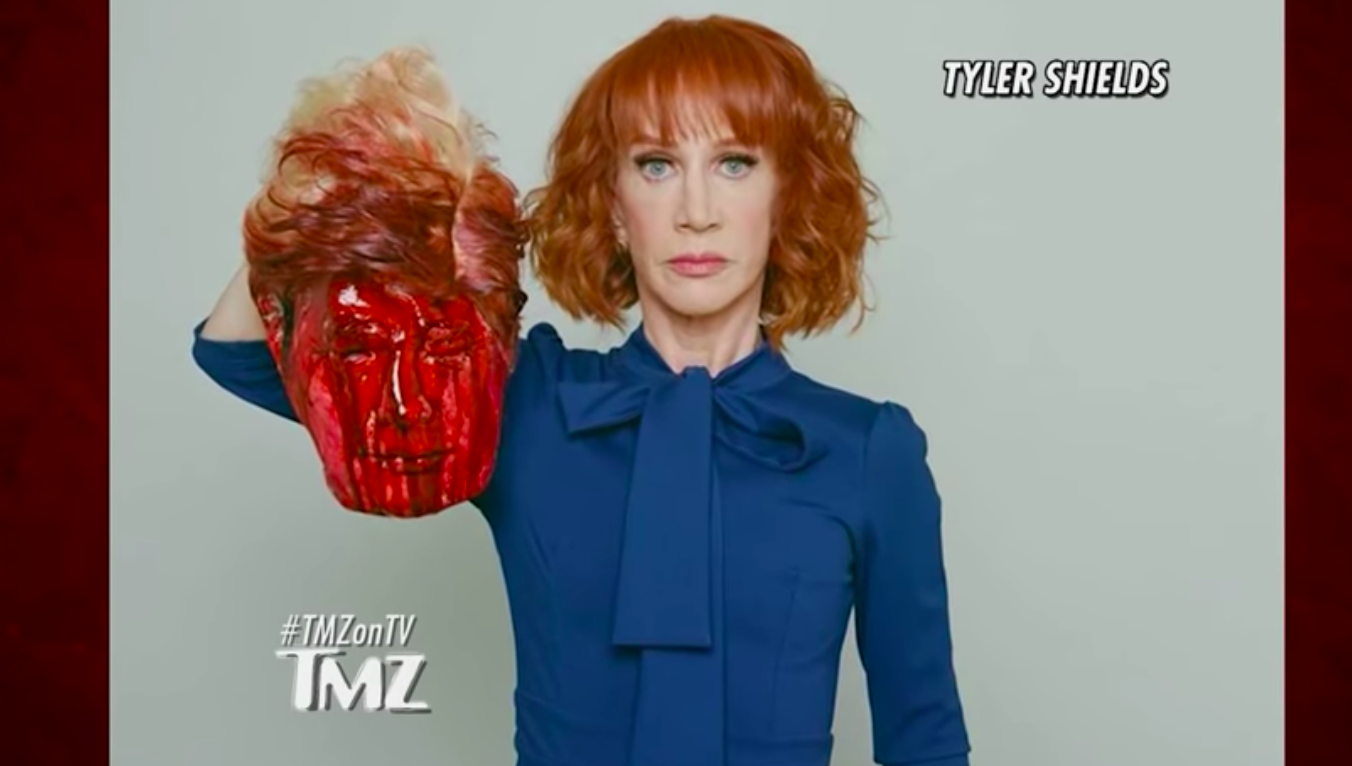 Kavanaugh denies the latest accusations, and Trump is backing him. The president has said the allegations levied on the justice call for libel lawsuits.

1
Matt Gaetz Comes Out Swinging On 'The View,' Declares The 'Death Of The Political Left'
Politics
2
Bloomberg Racks Up Three Major Endorsements After Arguably Lackluster Debate Performance
Politics
3
Pete Buttigieg Has A Surprising Jeffrey Epstein Connection
Editorial
4
Bernie Loses It When Bloomberg Calls Him The 'Best Known Socialist' Who 'Happens To Be A Millionaire With Three Houses'
Politics
5
Trump Tosses His Support Behind Another Effort To Take Out One Of Silicon Valley's Biggest Fish
Tech