Republican Texas Sen. Ted Cruz has not always lauded the political work of President Donald Trump, but on Sunday said that Trump has “broken the Democratic Party.”

“I think Donald Trump has broken the Democratic Party,” Cruz said on ABC News’ “This Week With George Stephanopoulos.” “They are defined now just by hating him. They ought to be the party of jobs. They used to be a party focused on jobs. They’re not anymore.”

Cruz also responded to questions about recent mass shootings, such as the one in El Paso, Texas, and whether increased gun control would be effective in reducing these threats. “We should be doing what will stop murders like this which is taking guns away from felons … which is prosecuting felons and fugitives who try to illegally buy guns.” 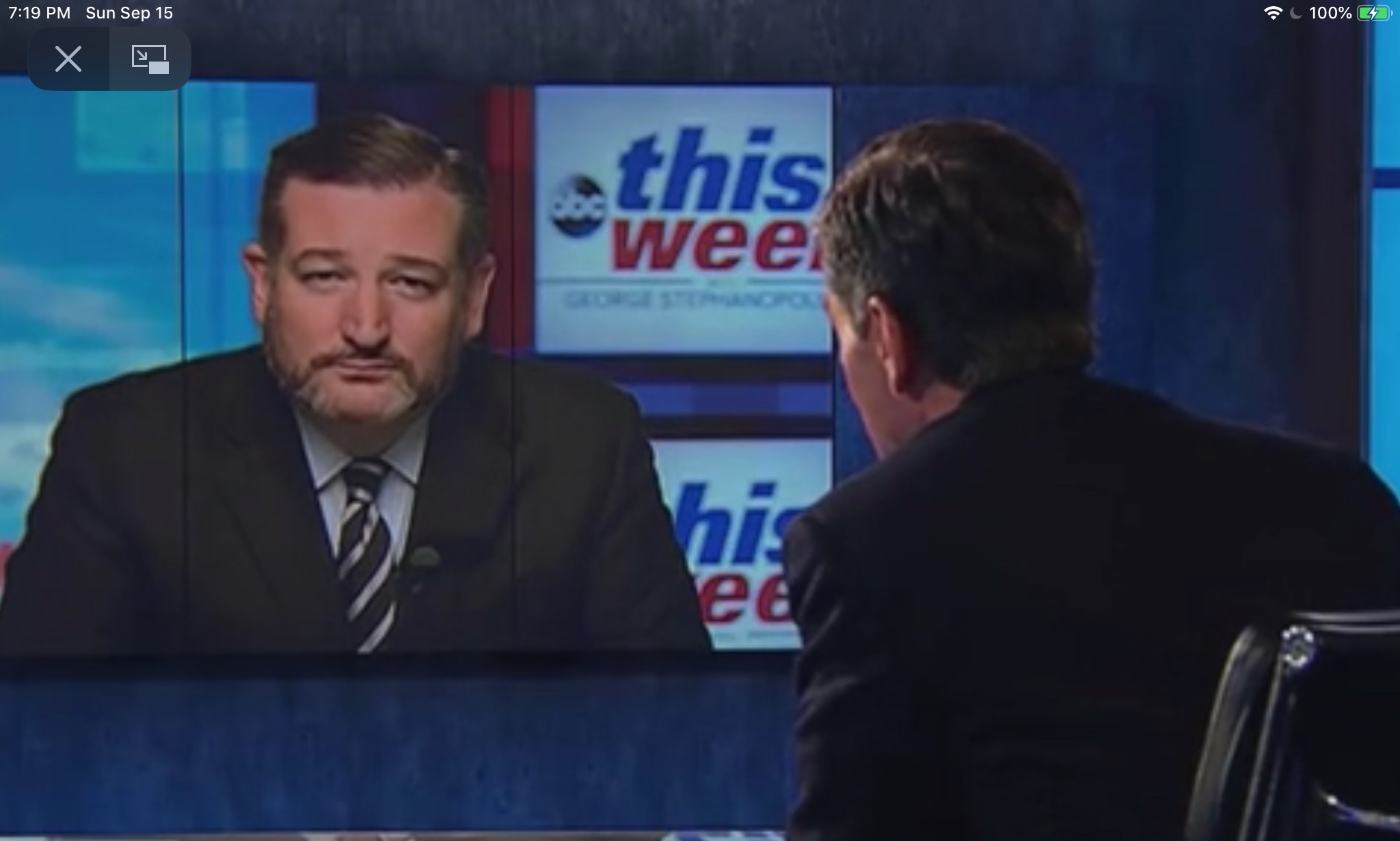 Cruz recently met with actress and liberal activist Alyssa Milano to discuss gun control. The conversation was broadcast on Facebook and both participants said the event lacked any acrimony. (RELATED: Alyssa Milano Asks Where The Bible Says Gun Ownership Is A ‘God-Given Right’ — Ted Cruz Shows Her.

The senator was asked about the latest accusations of sexual impropriety against Supreme Court Justice Brett Kavanaugh: “At the end of the day it’s The New York Times just being bitter enders. I bet you the next Democratic debate, they’ll all be saying impeach Kavanaugh, impeach Trump. There’s nobody they don’t want to impeach and at some point they just have to let the anger go and recognize that the democratic process actually moves on.”

Trump reacted angrily to the Times story and has suggested the allegations are deserving of a libel suit from Kavanaugh.