Judge Amy Coney Barrett said Saturday during a conference at the College of William and Mary that the chief justice’s comments reflect the feelings of many federal judges. Barrett is widely considered a frontrunner for the next Supreme Court appointment under a Republican president.

“The chief justice, I think, articulated what members of the judiciary feel,” Barrett said, according to The Wall Street Journal. “The chief justice responded and pushed back and said, ‘You know, we don’t have Obama judges.'”

The president denounced U.S. District Judge Jon Tigar in November 2018 for barring enforcement of an immigration rule that would have denied asylum to any migrant who entered the country illegally for a 90-day period. That prompted a rare rebuttal from Roberts, who said federal judges are not party loyalists.

“We do not have Obama judges or Trump judges, Bush judges or Clinton judges,” Roberts said. “What we have is an extraordinary group of dedicated judges doing their level best to do equal right to those appearing before them. That independent judiciary is something we should all be thankful for.” (RELATED: Chief Justice Roberts Switched Sides During Census Deliberations: Report) 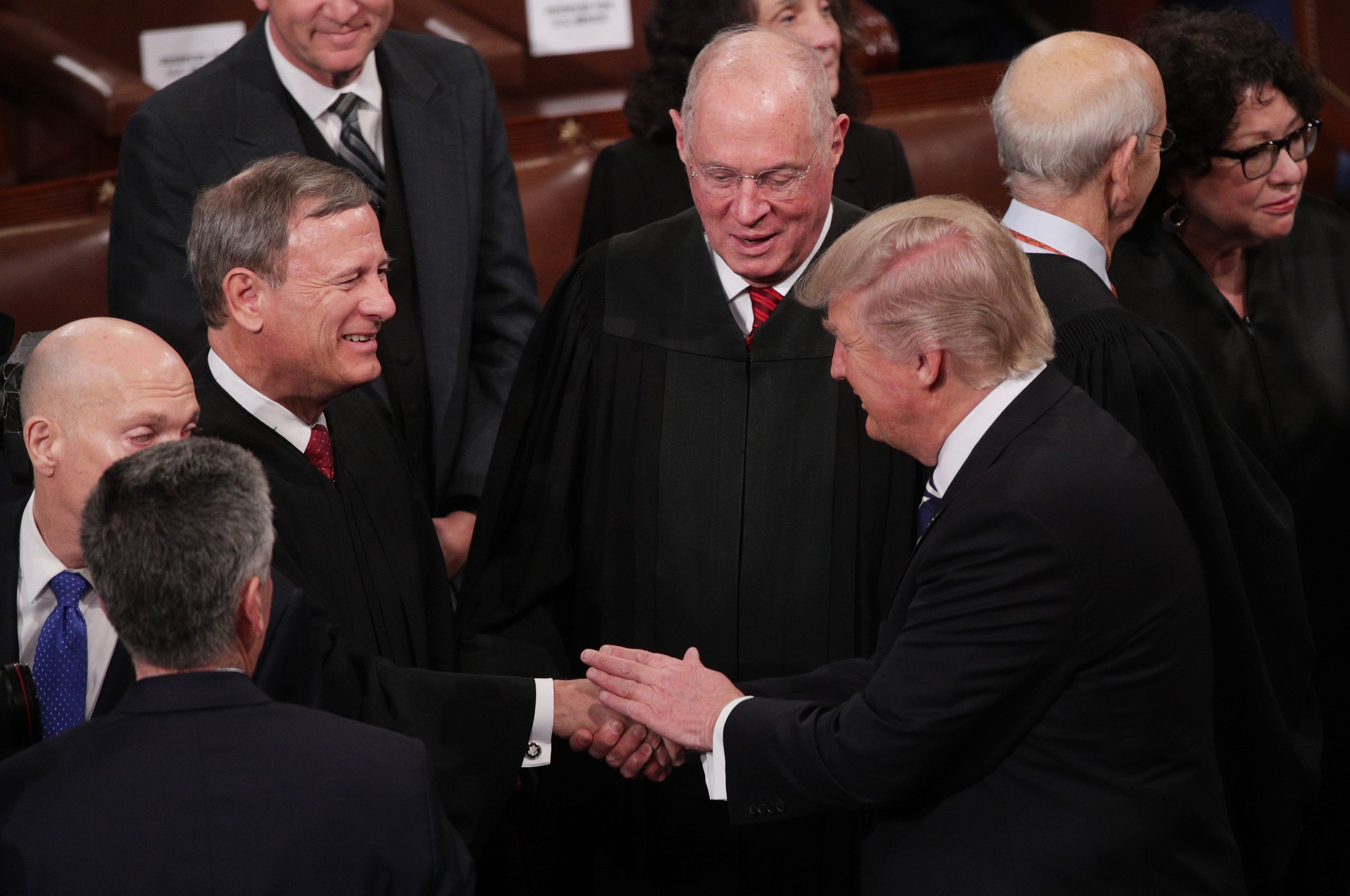 Other judges at Saturday’s conference in Virginia associated themselves with the chief’s remarks and expressed discomfort at the politicization of the courts in general and judicial confirmations in particular.

Judge Cornelia Pillard, who serves on the U.S. Court of Appeals for the District of Columbia Circuit, expressed frustration that the press often focuses on ideological divisions among judges. Pillard is an Obama appointee and likely candidate for the Supreme Court under the next Democratic administration.

“We really aren’t thinking, ‘I’m here to do the bidding of the party of the president that put me here,'” Pillard said. “One of the things that really feels threatening, and frustrating — although I understand why — is how much what the public hears through the press is about the partisan lineup” of a given decision.

Judge Kevin Newsom, a Trump appointee to the 11th U.S. Circuit Court of Appeals, emphasized the collegiality that prevails among judges.

“My Democratically appointed colleagues on the 11th Circuit, I love them, and I think they love me, and lots of times we see eye to eye,” he said. “And when we don’t, we’re all still friends.”