Both Vice President Mike Pence and Indiana Rep. Jim Banks spoke out against the horrors of the late Dr. Ulrich Klopfer’s stash of medically preserved fetal remains found on his property after his death. Banks also highlighted in a series of tweets that Buttigieg supported Whole Woman’s Health in South Bend, Indiana, a clinic that provides medical abortions for women up to 10 weeks pregnant.

He also pointed out that Buttigieg opposed the opening of Women’s Care Center, a pro-life women’s health clinic, next door to Whole Women’s Health, saying that Buttigieg “opposed options” that would have “provided an alternative to the direct descendant to Ulrich Klopfer’s house of horrors.”

“I support a federal investigation into Dr. Klopfer’s crimes,” Banks told the Daily Caller News Foundation. “We need to determine how Dr. Klopfer was able to get away with this for so long, and how we only know about it now that Dr. Klopfer is deceased.”

The Indiana representative referred to the discovery of over 2,000 fetal remains on Klopfer’s Illinois property. Klopfer, who died at 75 in September, reportedly performed 30,000 abortions since 1974, according to Heavy, and previously ran Indiana abortion clinics in Fort Wayne, Gary and South Bend.

Klopfer ran the abortion clinic Women’s Pavilion, which shut down in March 2016, the South Bend Tribune reported. Klopfer violated government codes in relation to abortion reporting, maintaining records, and personnel records, according to the publication, causing over 2,000 complaints regarding his record keeping. 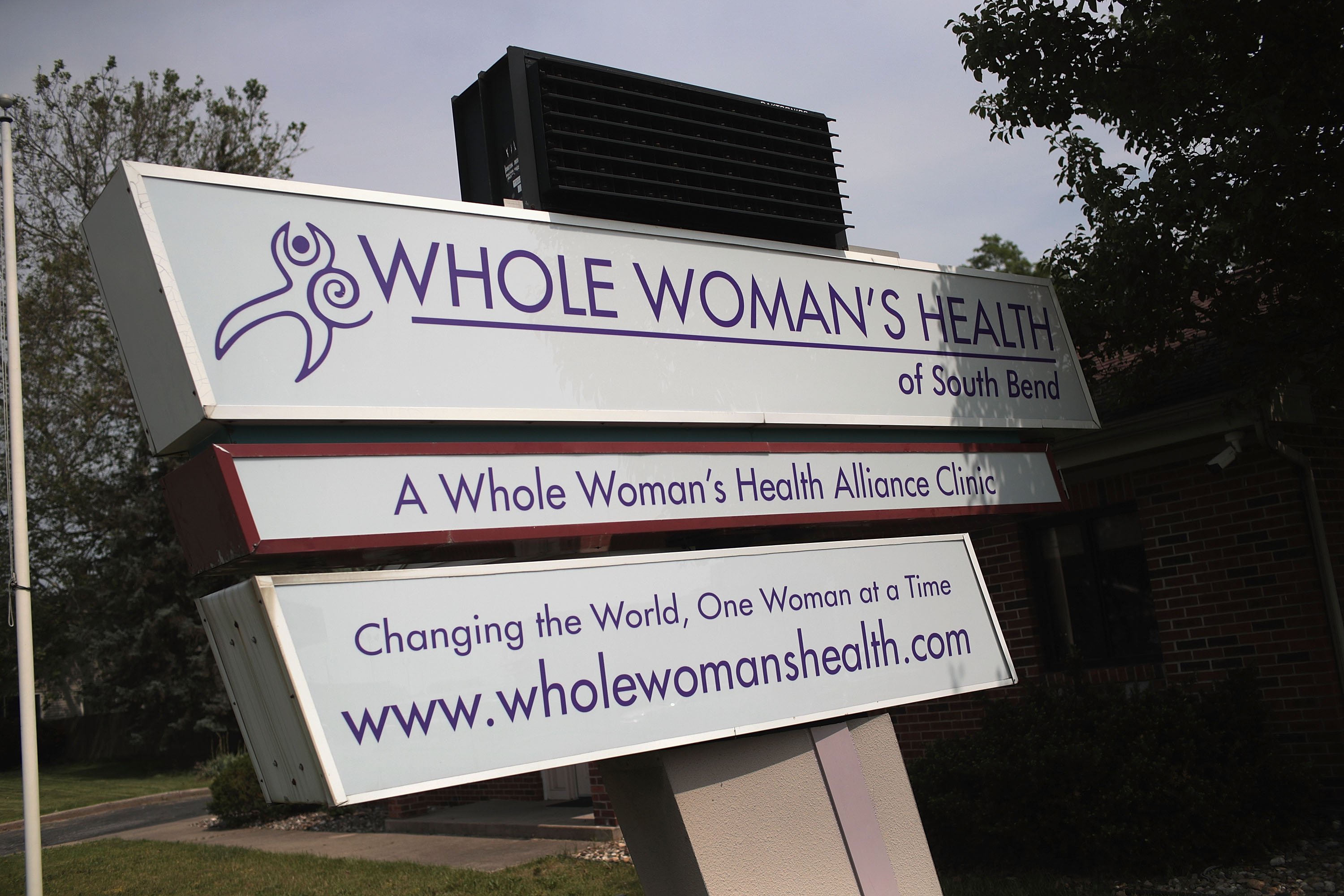 Klopfer’s license to perform abortions in both South Bend and Gary was revoked in 2015. The Indiana Medical Licensing Board indefinitely suspended his license in August 2016, NBC affiliate WNDU reported — a move pushed by former Indiana Gov. Mike Pence.

“The horrific discovery of 2,246 fetal remains in abortionist Dr. Klopfer’s Illinois home is appalling & should shock the conscience of every American,” Pence tweeted Monday. “While I was Governor of Indiana we took his medical license away & passed a law requiring fetal remains be treated with dignity.”

The Indiana Medical Licensing Board found Klopfer guilty of five allegations, the publication reports from a Right to Life of St. Joseph County press release. The press release added that the Board’s mood changed when Klopfer admitted that he did not report the rape of a 10-year-old girl by a family member.

The Board found Klopfer guilty of both failing to report abortions performed on 13-year-old girls within three days as required by law and failing to “keep up with proper professional and medical competency standards.”

They also found him guilty of failing to obtain “informed and voluntary consent for seven patients at least 18 hours prior to the abortion procedure” and failing to provide qualified staff to monitor anasthesia, and for submitting over 1,800 erroneous or omissive termination of pregnancy reports.

“Well let me put it this way, the Attorney General’s Office and the Right-to-Lifers are in bed together,” Klopfer told the outlet at the time. “How is that?”

Buttigieg vetoed a zoning request from the pro-life Women’s Care Center to open next to Whole Woman’s Health in April 2018, saying that he found it irresponsible to place the clinics with “deep and opposite commitments on the most divisive social issue of our time” next to each other, according to the Chicago Tribune. Buttigieg did not immediately respond to a request for comment from the DCNF.

Women’s Care Center later opened at another location across the street from Whole Woman’s Health in July.

Banks told the DCNF that he wants to establish how many people working at the Women’s Pavilion were aware of what Klopfer was doing – and whether any of those same staff now work at Whole Women’s Health.

“If the investigators do find connections between Dr. Klopfer’s clinic and Whole Woman’s Health, Mayor Pete Buttigieg should answer questions about why he protected them,” Banks added.

Morley also identified herself as the director of the Pro Choice South Bend group, according to the publication.

“If people are having children that they don’t want, what happens then? Regardless of the reasons for which they don’t want to continue this pregnancy, what happens when we make them carry out that pregnancy for our own moral bias?” Morley told VICE in March 2016 after Pence signed a bill requiring that women cremate or inter fetal remains and forbidding abortions that target babies with disabilities.

“People who have children that they don’t want tend to have higher rates of abuse; infanticide becomes an option,” Morley added. “Who’s really benefitting from this ban?”

Morley was formerly a clinic administrator at the Women’s Pavilion and worked with Klopfer. She now advertises herself as a doula in South Bend.

“We’re grateful for the abortions that Dr. Klopfer provided to the community for over 30 years. But his situation is complex, and we’re ready to move on,” Morley said in 2016 when she worked as director of Pro-Choice South Bend.

Director of Communications at Whole Woman’s Health Jessica Shein confirmed to the DCNF that Liam Morley “was let go” in February 2018 “due to the barriers and restrictions that we encountered in trying to open our South Bend clinic.”

“Whole Woman’s Health Of South Bend is proud to serve the community with high-quality abortion care services that respect the dignity of women and families,” Miller told the DCNF. “We adhere to the highest healthcare standards and we treat our patients with compassion and respect when they need it most.”

The Indiana State Health Department denied Whole Woman’s Health’s application for a license in 2017 because the clinic did not meet the state’s “reputable and responsible character” requirement and did not release more information on related clinics, according to the Chicago Tribune.

“The mayor is deeply concerned by what he views as a new and extreme assault on Roe v. Wade in legislatures across the country,” national press secretary Chris Meagher told the Chicago Tribune in August. “He believes that the truly radical idea in this debate and around abortion care is one of banning abortion outright. The South Bend clinic would be the only one for a radius of several counties.”

Meagher added that banning abortion is a restriction on a woman’s rights if she is a low income, without a car or the clinic is miles away from her.

“Now that this has come to light, Mayor Pete Buttigieg should apologize for his actions and his flagrant disregard for the state of Indiana’s skepticism towards Whole Woman’s Health,” Banks tweeted Sunday.

“The good news in all this is that the pro-life Women’s Care Center remains undeterred,” Banks added. “It serves 2/3 of mothers in South Bend and offers a multitude of free medical services, parenting classes and important goods such as strollers, cribs, car seats and clothing.”

The Indiana State Department of Health and the Women’s Care Center did not yet respond to requests for comment.