Former ICE chief Thomas Homan lambasted progressive immigration protesters, saying that activists would be thanking the agency if they fully understood their work to catch criminals, child predators, and their fight against terrorism.

“I think it’s ridiculous. I wish they would read a book,” Homan said Monday on Fox & Friends. “Go to the ICE website: ICE.gov and see what ICE does. Do they really want to stop a company from helping ICE arrest thousands of child predators that prey upon children? Do they want shut down agency that has rescued thousands of children from these predators?”

Homan was responding to one of the most recent demonstrations against Immigration and Customs Enforcement (ICE).

Nearly 80 protesters were arrested Saturday during a demonstration outside a Microsoft office in midtown Manhattan. The activists, organized by Close the Camps NYC, were demanding that the massive tech company cease business with ICE. More specifically, the activists were calling on the tech giant to discontinue its data processing contract with the agency. 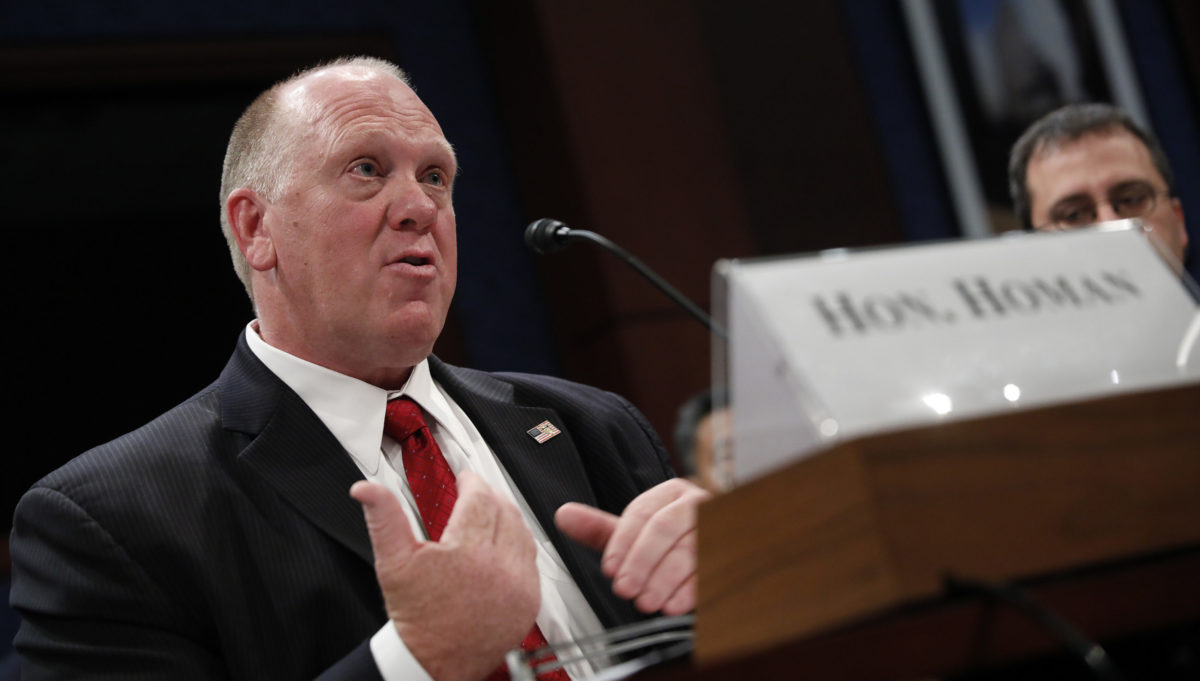 The Microsoft location was forced to close its doors early when the activists staged a sit-in.

ICE, the agency within the Department of Homeland Security tasked with carrying out deportation orders, has experienced increasingly inflammatory rhetoric from left-wing organizations and Democrats, mostly in response to President Donald Trump’s immigration crackdown.

However, the agency touts an accomplished record in catching criminals and taking drugs off U.S. streets. Agents this month, for example, apprehended 39 foreign nationals living in the country who are wanted abroad for war crimes and other human rights violations. Illegal aliens carrying enough fentanyl to kill 500,000 people were recently caught by the government, and the prosecution against them was helped in large part by ICE’s Homeland Security Investigations unit.

“[ICE agents arrested] 127,000 criminals off the streets in this country last year,” Homan continued. “They want this company to stop working with us? If you want to affect change go to the hills of Congress and tell them to make change. This is ridiculous. Study the issue. If you study the issue, you would thank ICE rather than vilifying them.”

“The left is so far out of control on this issue, it makes zero sense to me. After three decades doing this, I’m amazed every time I see a report about ‘let’s shut down ICE. Let’s stop working with ICE. Threaten companies working with ICE’… It’s a world beyond me.” (RELATED: Bernie Sanders Calls For Complete Ban On Deportations)

Homan — who formerly served as the acting secretary of the agency under the Trump administration — went on to criticize California lawmakers for recently passing legislation that would effectively ban ICE detention centers and for-profit prisons in the state. The former ICE chief questioned whether lawmakers studied the subject, and the said the bill will “blow up in their face” if it becomes law.