It was better than anyone could have possibly hoped for — and more.

Former White House Press Sec. Sean Spicer showed up on ABC’s “Dancing With The Stars” Monday night in a garish yell0w-y green number reminiscent of the infamous puffy shirt on Seinfeld. Was it plastic? Rubber? It was shiny — and quiet possibly the ugliest shirt anyone has ever seen. And it accentuated his curves. 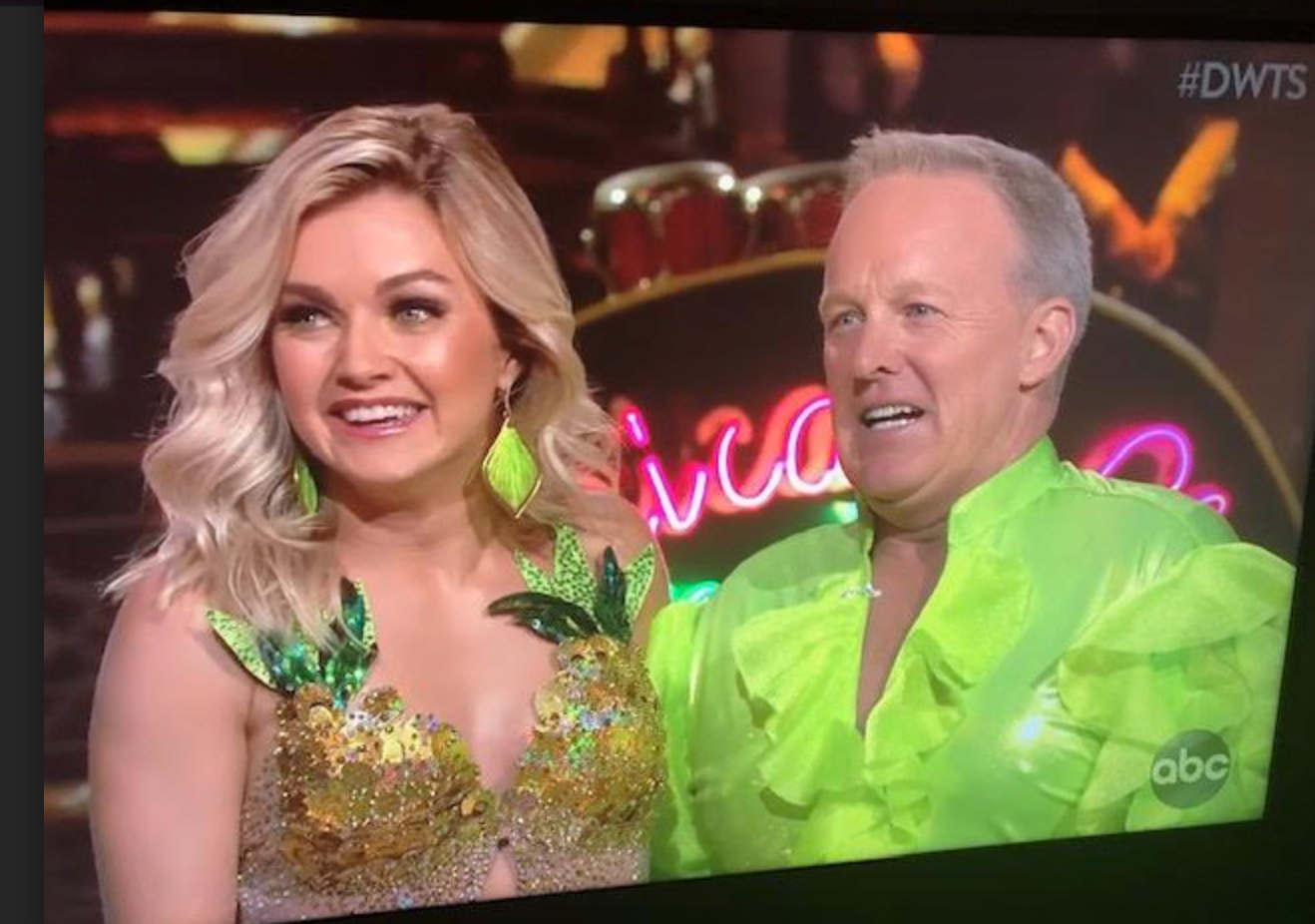 But Spicer had spunk. He was self-deprecating and gave what was supposed to be a Salsa dance his all — whatever all he had. “His dancing is at a pre-preschool level,” remarked his pretty blonde dancing partner Lindsay Arnold Cusick during rehearsal interviews. Arnold is a professional Latin ballroom dancer. Spicer is not. He joked on Monday on Twitter that he didn’t even know how to “shake his booty.”

President Donald Trump‘s former spokesman was a good sport about the whole thing. Halloween is nearly a month away. But could you really show up in a shirt like that if you didn’t know how to make fun of yourself? He scored even lower than basketball player Lamar Odom, who nearly died in a drug-induced sex incident at the late Dennis Hof’s Bunny Ranch.

Which was hard to achieve.

When it came time for the judges to deliver their caustic comments on his dance, they actually seemed to pity him and focused on the positive. Well, sort of. Each judge gave Spicer and Arnold a low score of 4, making their first night’s total a meager 12.

Even grouchy Len Goodman, who rarely has a kind thing to say about anyone’s dancing, looked distraught as he remarked, “You brought fun to the ballroom — well done.”

Carrie Ann Inaba agreed, saying, “You were off beat most of the dance, but you did have fun.”

The always animated Bruno Toniolo had the best comment of the night: “It looked like your hips were set in cement,” he told Spicer. “It was strangely entertaining.”

After the dance, Spicer and dance partner Arnold were whisked back stage as they awaited their scores. The interviewer asked, “Why did Jerry Seinfeld ask you to wear that shirt?”

Spicer took the shirt in stride. “Look at what I’m wearing!” he said.

Spicer joked that Arnold had come a long way in their rehearsals.

Late-night talk show host Jimmy Kimmel couldn’t help but dump on Spicer. He riffed about how a dancer like Cusick grows up practicing and practicing only to get paired with the likes of Spicer in a puffy shirt.

“And then they have to do it with Donald Trump’s dopey press secretary,” he said.

“I would’ve paired him with Stormy Daniels,” he said. “We would’ve seen the president’s favorite three boobs.”

Thank God Spicer gets another chance next week.

Judge Bruno was right — it was “strangely entertaining” and The Mirror’s eyes will be glued to his next dance. 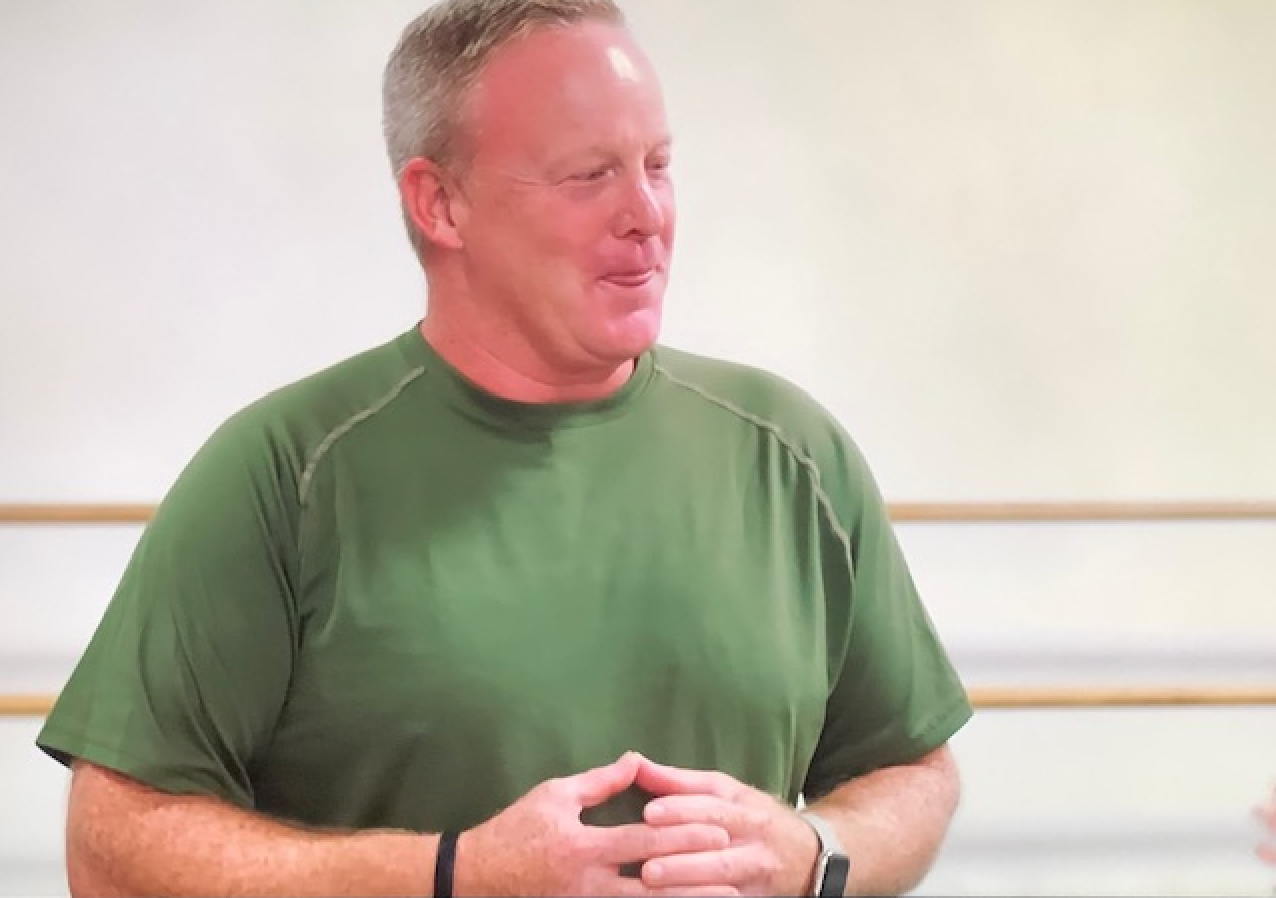 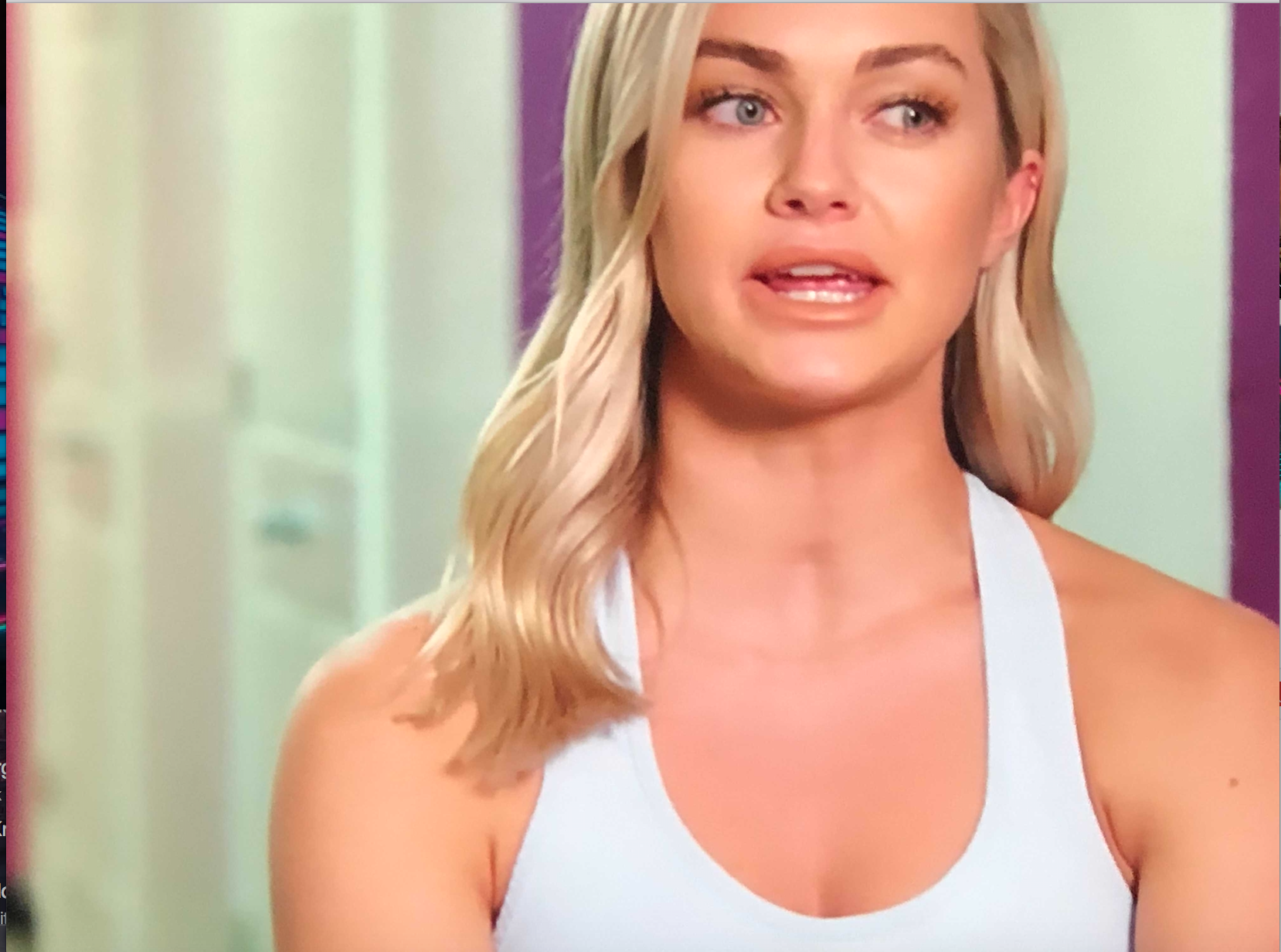 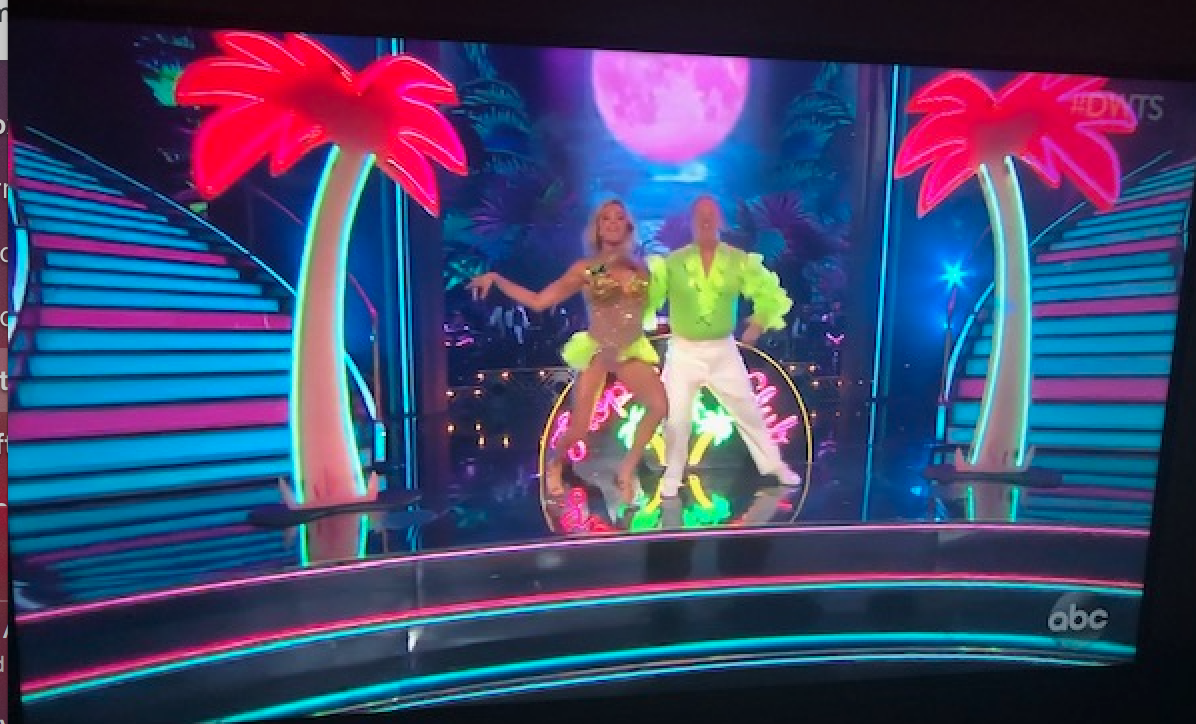 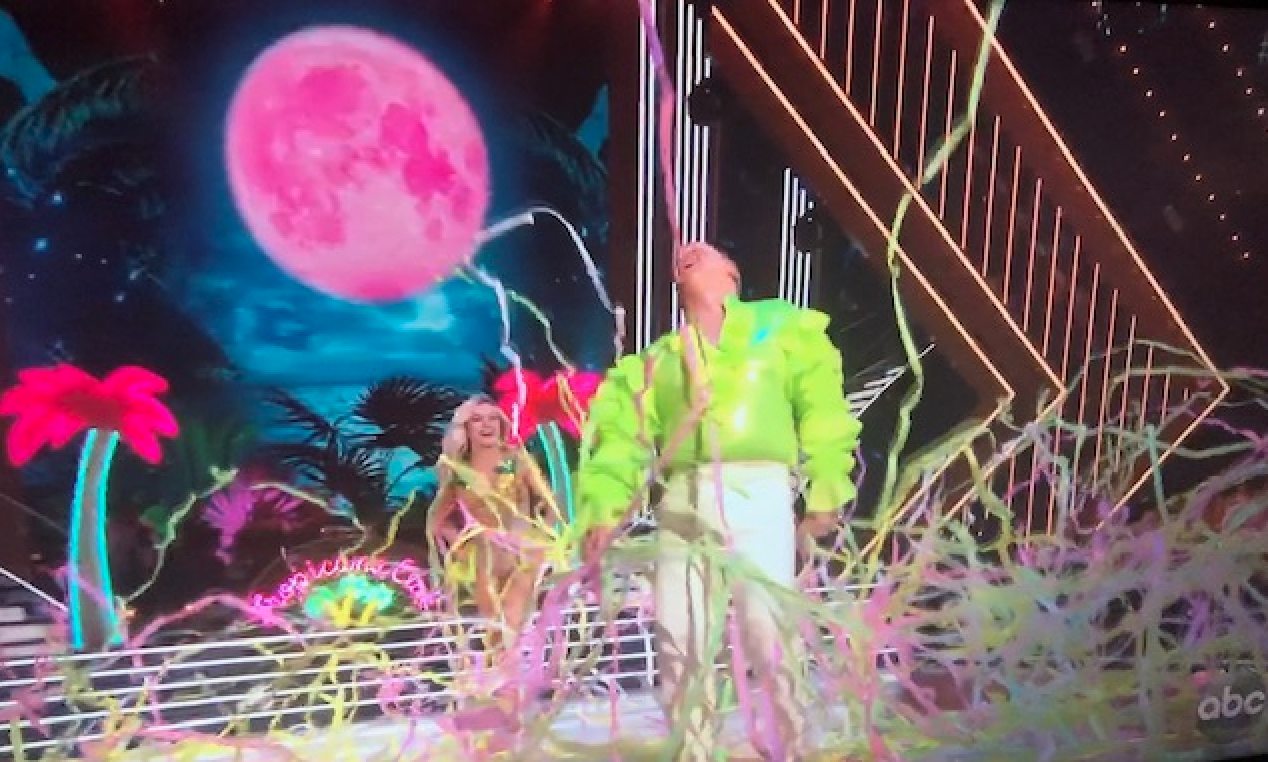 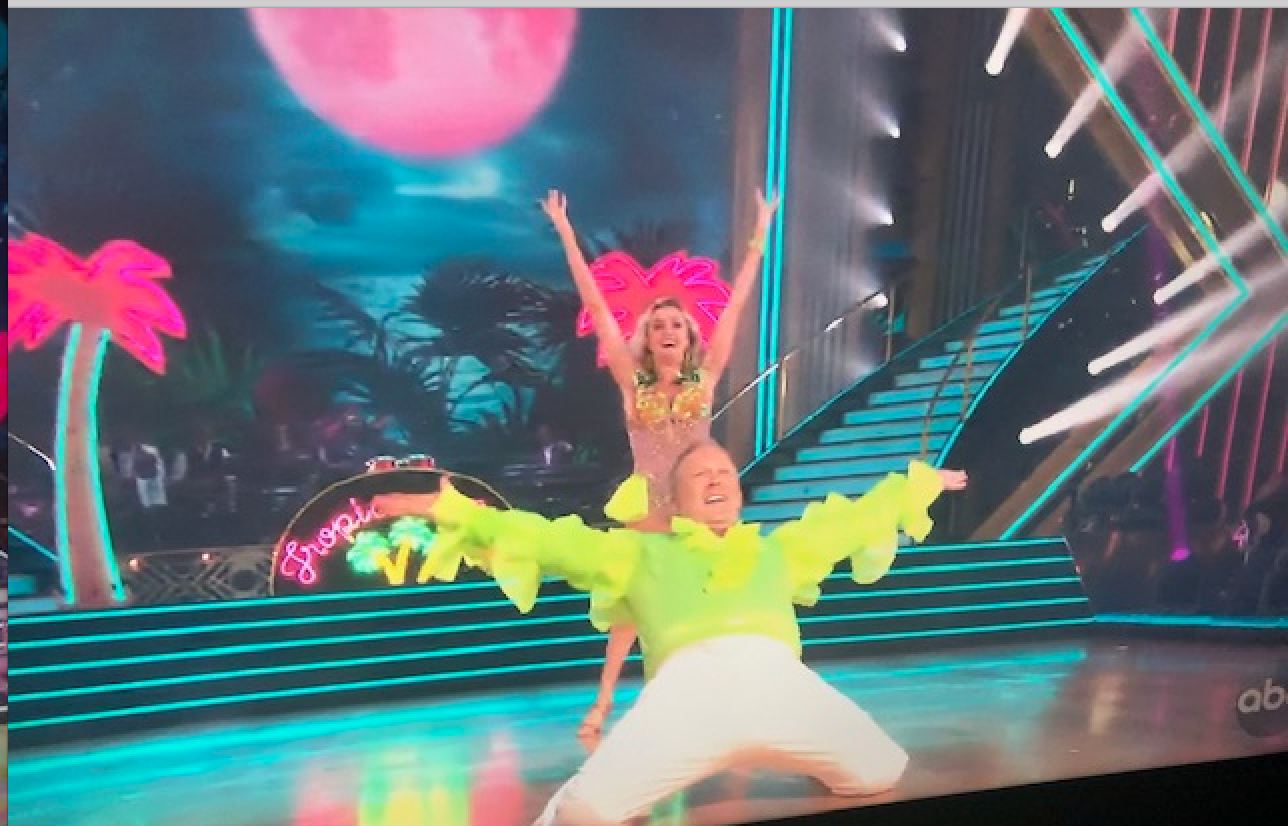