The United States government Tuesday sued Edward Snowden for proceeds from his new book, saying that the former National Security Agency contractor failed to submit his memoir for government review before publication.

“We will not permit individuals to enrich themselves, at the expense of the United States, without complying with their pre-publication review obligations,” Assistant Attorney General Jody Hunt said in announcing the lawsuit.

In “Permanent Record,” released Tuesday, Snowden details his work as a contractor at the CIA and National Security Agency (NSA), as well as his decision to steal and leak classified information in 2013 about NSA surveillance of U.S. citizens.

The U.S. unsealed charges against Snowden on June 14, 2013 for theft of government secrets and violating the Espionage Act. He declared asylum later that month in Russia, where he currently resides. Snowden has given numerous speeches about his case and government surveillance. (RELATED: Snowden Throws Insults At Trump From Exile In Russia)

The new lawsuit also names Macmillan as a defendant in order to “ensure that no funds are transferred to Snowden.”

“Macmillan is publishing Snowden’s book Permanent Record. Upon information and belief, Macmillan has possession over ill-gotten funds, and will continue to come into possession of such funds, held on behalf of Snowden but that properly belong to the United States,” the lawsuit says. 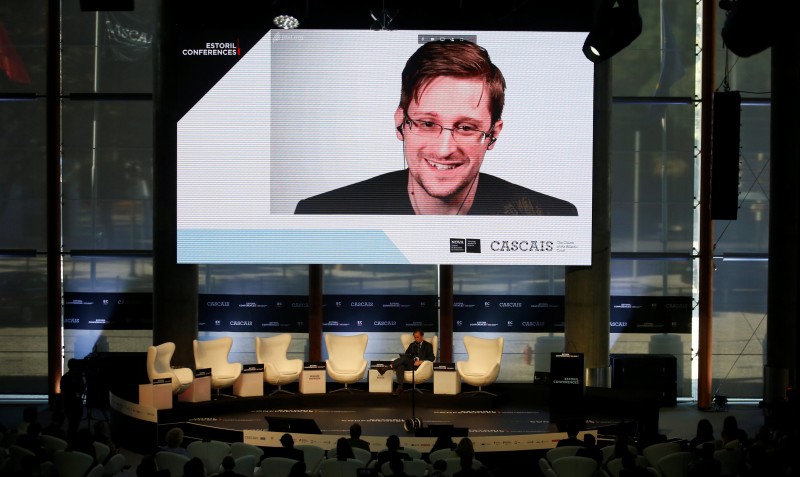 The government says that Snowden signed standard contracts at the CIA and NSA that obligated to submit his book for prepublication review.

“Snowden did not, at any time, submit the manuscript for Permanent Record to either the CIA or NSA for prepublication review. Nor did Snowden obtain written approval from CIA or NSA prior to sharing manuscripts with Macmillan or prior to the book’s publication,” reads the lawsuit, which is filed in federal court in Alexandria, Va.

“The United States’ ability to protect sensitive national security information depends on employees’ and contractors’ compliance with their non-disclosure agreements, including their pre-publication review obligations. This lawsuit demonstrates that the Department of Justice does not tolerate these breaches of the public’s trust,” Hunt said in his statement.