Canadian Prime Minister Justin Trudeau wore brownface makeup at a 2001 party when he was a teacher, TIME reported Wednesday.

The incident occurred while Trudeau, then 29, was attending an “Arabian Nights” themed private school party. He was a teacher at West Point Grey Academy, and the photo appears in the school’s 2000-2001 yearbook, according to TIME.

The yearbook shows a photo of Trudeau dressed up with a face covered in brown makeup. It was made public after Vancouver businessman Michael Adamson, who did not attend the party, saw the photo and decided people should know about it. Zita Astravas, media relations head for the Liberal Party of Canada, confirmed the photo shows the prime minister.

“It was a photo taken while he was teaching in Vancouver, at the school’s annual dinner which had a costume theme of ‘Arabian Nights,'” Astravas said according to TIME. “He attended with friends and colleagues dressed as a character from Aladdin.” 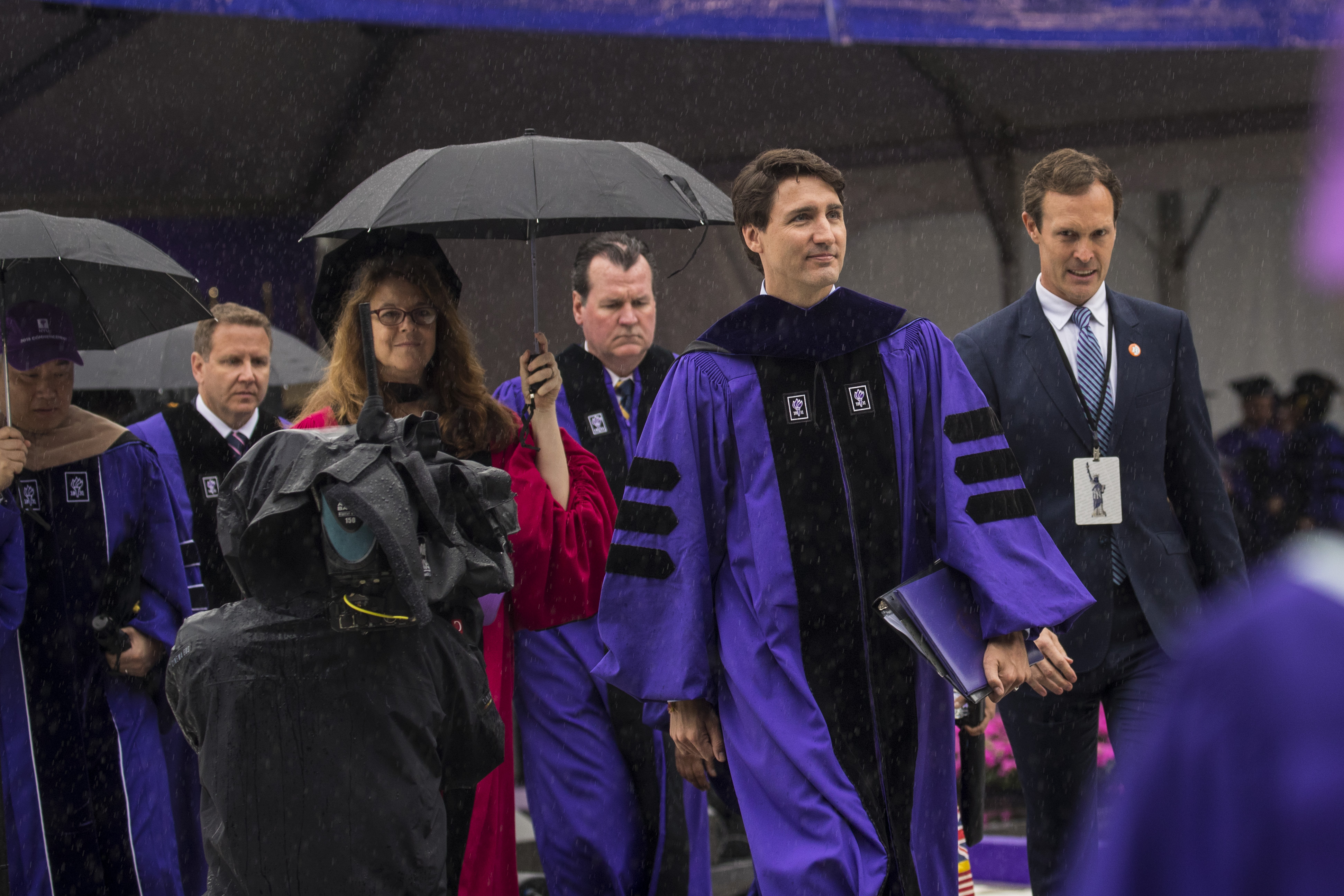 Trudeau is expected to speak about the incident Wednesday evening. This revelation comes as he seeks reelection and also follows a scandal over allegations that he pressured his attorney general to drop charges of corruption against Quebec contractor SNC-Lavalin, a contracting firm charged with bribery and fraud. Authorities are investigating the case. (RELATED: Jane Philpott Says We Need To Hear ‘The Whole Truth’ About Trudeau Scandal)

The yearbook TIME viewed doesn’t show anyone besides Trudeau dressed in brownface makeup, according to the outlet.

The prime minister has spoken more about his time teaching at a public school, downplaying his time at West Point Grey Academy, one of the most expensive schools in Vancouver, British Columbia. He taught various classes while employed there, including French.