Illinois is apparently the state that hates football the most in all of America.

According to a study from BetOnline_ag based off of geotagged Twitter data about people tweeting their dislike for football, Illinois led the way for football hatred, and was followed by Wisconsin, Iowa, Nebraska, and Connecticut. (RELATED: David Hookstead Is The True King In The North When It Comes To College Football) 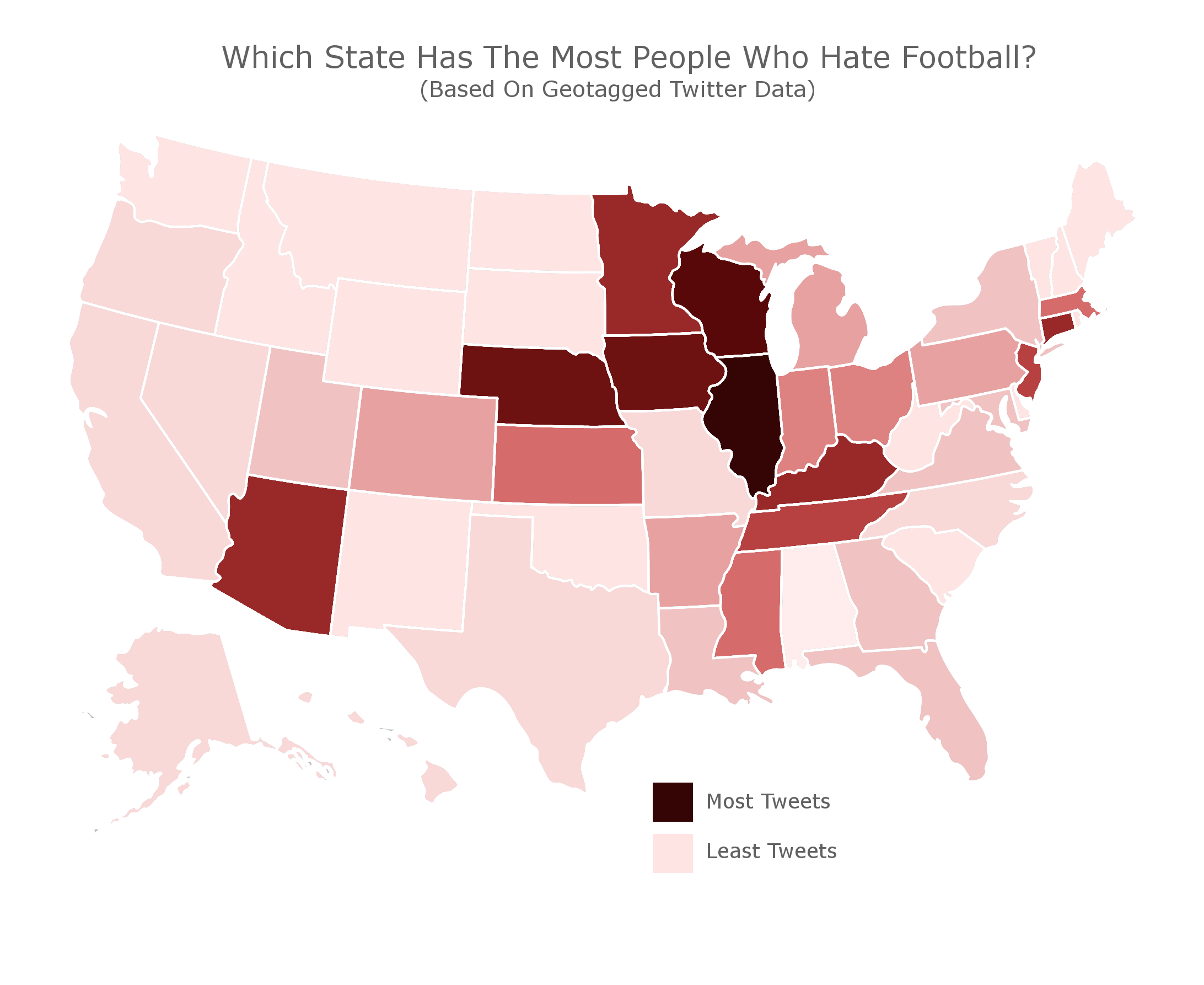 While I find a lot of these studies to be interesting, I’m shocked by the results of this one. Illinois being at the top makes no sense. They have the Chicago Bears and some of the most passionate fans in all of America.

Wisconsin in the top five? Give me a break. Again, the fans in my home state are incredibly passionate, and it’s the home of the Badgers and Packers.

Nebraska? Is somebody doing drugs? The only thing people in Nebraska have to live for is the Cornhuskers. I might find the fans there to be comical, but at least they’re passionate people.

There’s just now way this study is accurate. There’s just no way at all. It’s almost like a prank is being pulled on America, and I’m not falling for it.

I would understand Connecticut and other northeastern parts of America. That makes sense, but that’s not what the study says.

It took aim at some of the largest football demographics we have!

I do like these studies, but this one might have to go straight in the trash. I’m not buying it!

CLARIFICATION: This study didn’t include tweets in support of football. It only included tweets against the sport.