President Donald Trump announced Wednesday his move to end California’s authority to craft emission regulations that are stricter than federal rules, a move that comes as the president continues to roll back Obama-era regulations.

“The Trump Administration is revoking California’s Federal Waiver on emissions in order to produce far less expensive cars for the consumer, while at the same time making the cars substantially SAFER,” the president said on Twitter.

The Trump Administration is revoking California’s Federal Waiver on emissions in order to produce far less expensive cars for the consumer, while at the same time making the cars substantially SAFER. This will lead to more production because of this pricing and safety……

“This will lead to more production because of this pricing and safety … advantage, and also due to the fact that older, highly polluting cars, will be replaced by new, extremely environmentally friendly cars,” Trump wrote.

California Attorney General Xavier Becerra, a Democrat who’s been a thorn in Trump’s hide, said the state will continue to fight such moves.

“While the White House clings to the past, automakers and American families embrace cleaner cars,” Becerra told reporters Tuesday, The New York Times reported. He noted that clean cars are “achievable, science-based, and a boon for hardworking American families and public health.”

Becerra has sued the administration more than 50 times since 2017. Much of the litigation is designed to hit Trump’s environmental rollbacks. 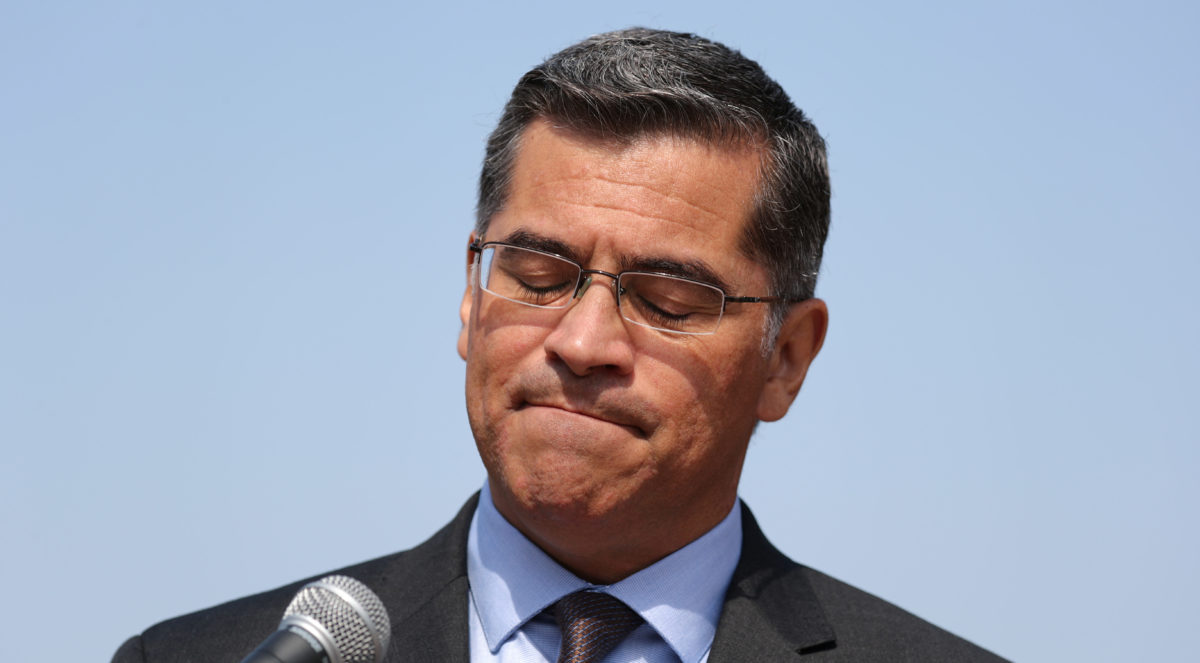 Trump’s move comes after months of speculation. Neither the White House nor the Environmental Protection Agency (EPA) have responded to the Daily Caller News Foundation’s requests for comment. (RELATED: California To Sue Trump For Nixing State’s Ability To Set Fuel Emission Standards)

The administration unveiled a draft plan in 2018 to roll back the federal fuel economy standards the Obama administration put in place. The draft included a plan to revoke a waiver given to California under the 1970 Clean Air Act, which allows it to set tougher state-level standards.

Former President Barack Obama raised the average fuel economy of automobiles to 54.5 mpg by 2025. California got permission from the Obama administration to issue its own, higher emissions standards.

The Trump administration, for its part, first proposed in 2018 freezing fuel economy standards at 37 mpg in 2020. The EPA and Department of Transportation estimated the freeze would save $500 billion in societal costs and prevent around 1,000 traffic fatalities a year.