Whoopi Goldberg has a new head of hair.

No longer a brunette, her hair is now stark white dreads.

With teal blue glasses perched on the edge of her nose, she appeared on ABC’s “The View” Wednesday looking about 108 years old, which is good because that’s how old she needs to be for her new role in CBS’s “The Stand” by Stephen King.

“We’ve gotta talk about your hair I can’t take it anymore,” an impatient Joy Behar blurted out during Hot Topics. “Come on, let’s do it.” 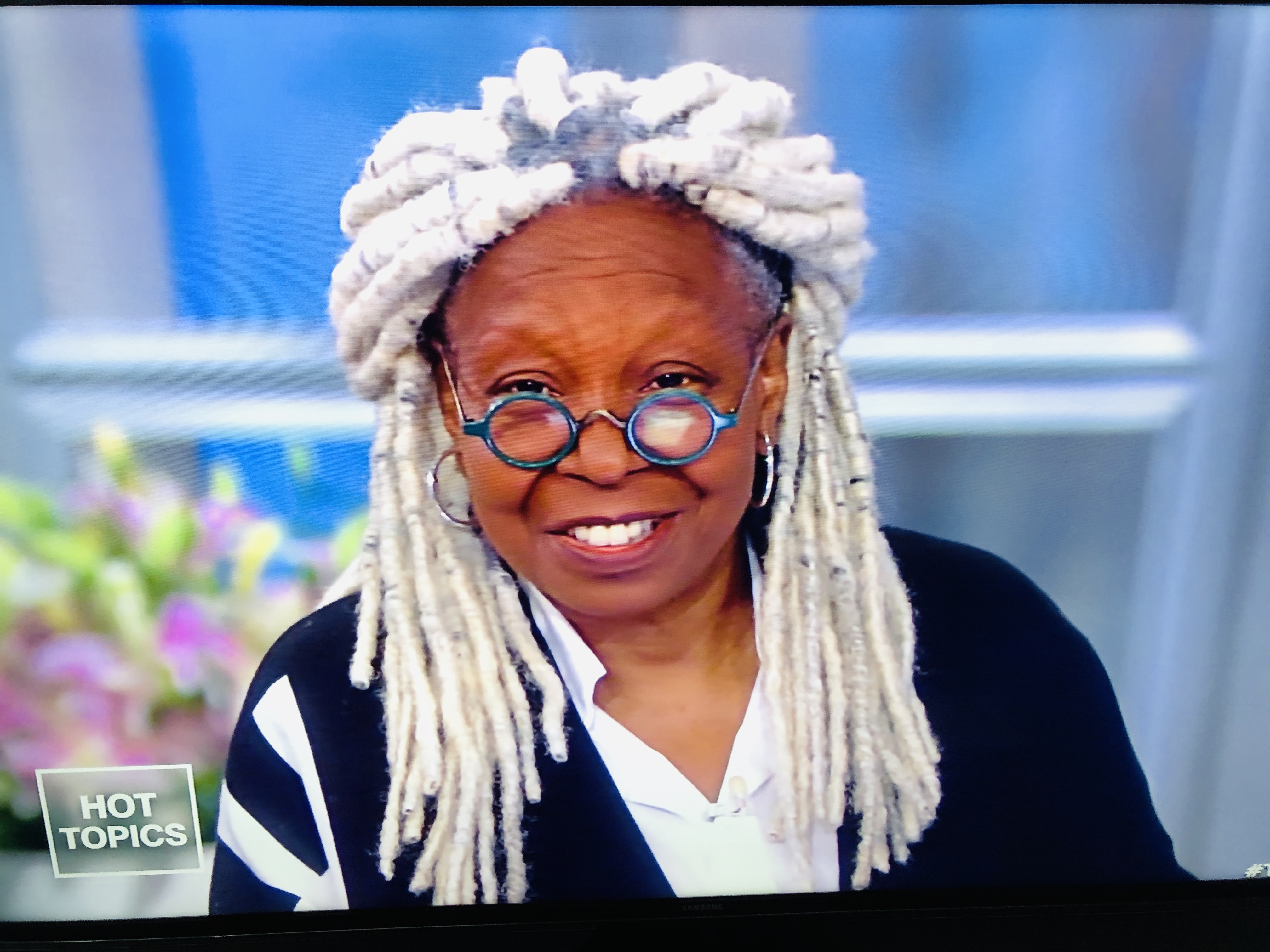 Whoopi, 63, explained, “The woman I’m playing is over a hundred. …A hundred is no longer what you think it’s supposed to be.”

She said, “We may spread but the hair always looks good.”

Meghan McCain absolutely loved Whoopi’s do and offered up her nana to giver her some tips. After all, Roberta McCain is 107-years-old.

Get used to it. This will be Whoopi’s look for the next four months.

Joy lamented that the hairdo seemed like it would feel extremely heavy on her co-host’s head. Whoopi explained that her hair used to be down to her butt, but stylists had to shorten her locks for the new look. (RELATED: Whoopi Puts ‘Fart’ In Congressman’s Name)

The ladies around the table marveled that Whoopi’s aging process is miraculous, that they put her through the aging App and she never looks old.

She assured them that for this role, she’d age.