After advising CNN nighttime host Chris Cuomo to not “get into the fear-mongering” that surrounds his plan to confiscate assault weapons Wednesday, Democratic presidential candidate Beto O’Rourke sat in stunned silence when Cuomo told him, “I don’t think you can do it.”

Beto was appearing on “Cuomo Prime Time” when he was asked, “Are you in fact in favor of gun confiscation?”

Beto replied that he was. (RELATED: Democrat Joe Manchin: Beto O’Rourke Is ‘Not Taking Away My Guns’)

“Yes, when it comes to AR-15s and AK-47s, weapons designed for use on a military battlefield. The high impact, high velocity round fired from those weapons when it hits your body expends all its kinetic energy destroying everything inside … That belongs on the battlefield and does not belong in this country. So when it comes to those weapons, Chris, the answer is yes.”

But O’Rourke insisted he wouldn’t apply the same policy to “firearms used for hunting or self-defense” and he warned Cuomo that “I don’t want you or anyone else to get into the fear mongering that have fallen prey to saying the government is going to come and take all of your guns.” (RELATED: ‘That’s Exactly What We’re Going To Do’: Beto Confirms His Plan Includes A Gun-Grab)

Cuomo replied that he was merely repeating what Beto had already pledged to do.

“It’s not about fear mongering. You said you’re going to confiscate guns. I don’t think you can do it … I don’t think we’ve seen the government do a private taking of property like you’re suggesting. I’m repeating what you’re saying.” 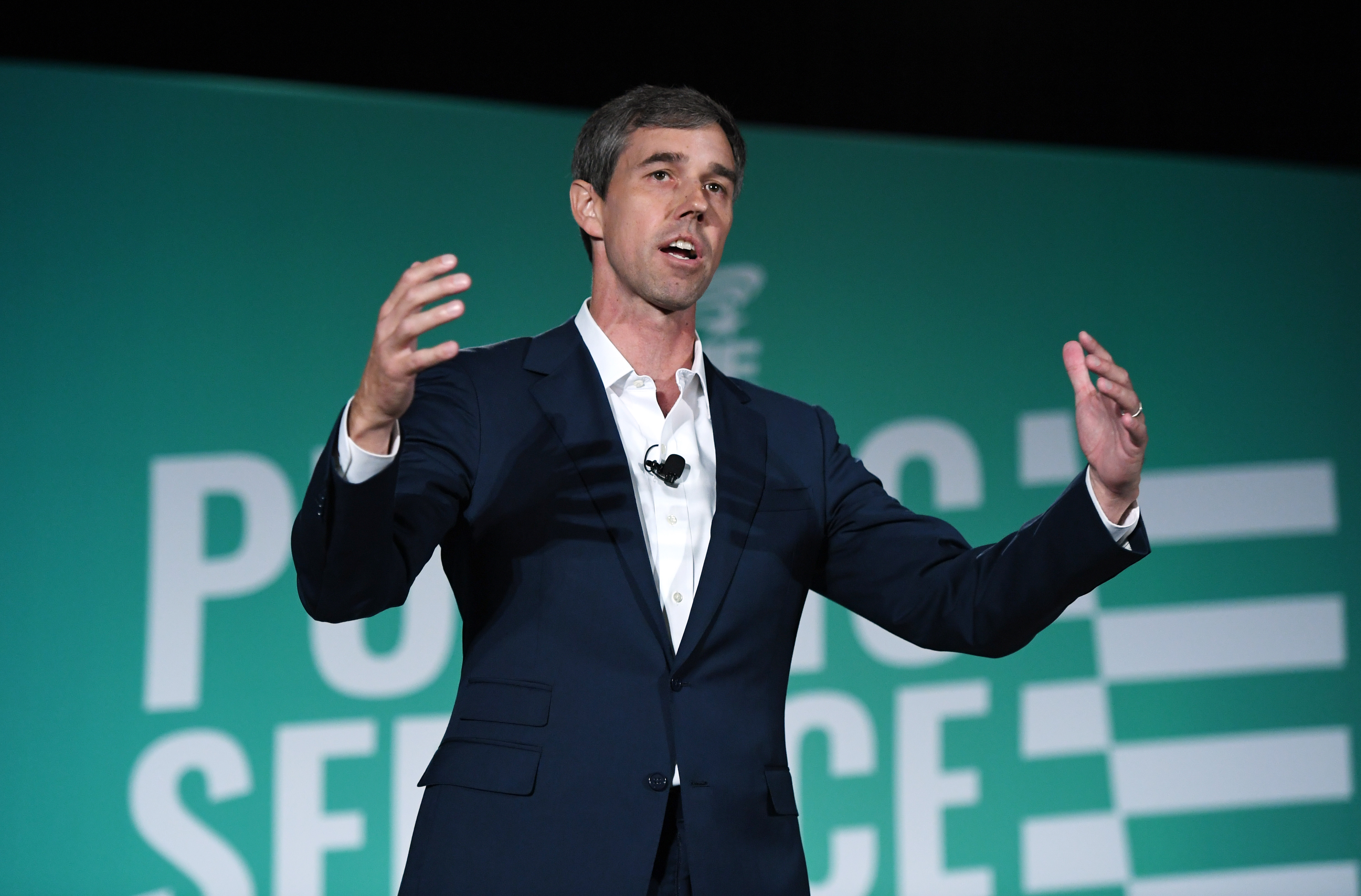 O’Rourke has insisted that federal agents will not have go “door to door” to confiscate guns because Americans will happily comply with the order.

The former Texas Democratic congressman has made gun control a pivotal part of his campaign for the Democratic nomination. When discussing the Odessa, Texas mass shooting Beto swore on live television, saying that America’s gun laws were “fuc**d” up.” He then sold t-shirts with that theme to raise funds for his campaign.