Democratic leadership in the House put together a spending package Wednesday night and gave it to members less than 24 hours before the Democrat-controlled House plans to vote on the legislation.

The spending package, introduced by Appropriations Committee Chairwoman Nita M. Lowey, is a continuing resolution to extend federal government funding through November 21 and avoid a government shutdown at the end of September.

“The new legislation is supposed to avert a ‘shutdown’ so that leadership can time the government funding bill to right before Thanksgiving and or Christmas. Why the holiday mark? Leadership wants to force members to vote for whatever comes to the floor. It’s a common tactic leadership uses to get what they want and stick it to the ‘fiscal hawks,'” a Republican House aide told the Daily Caller. 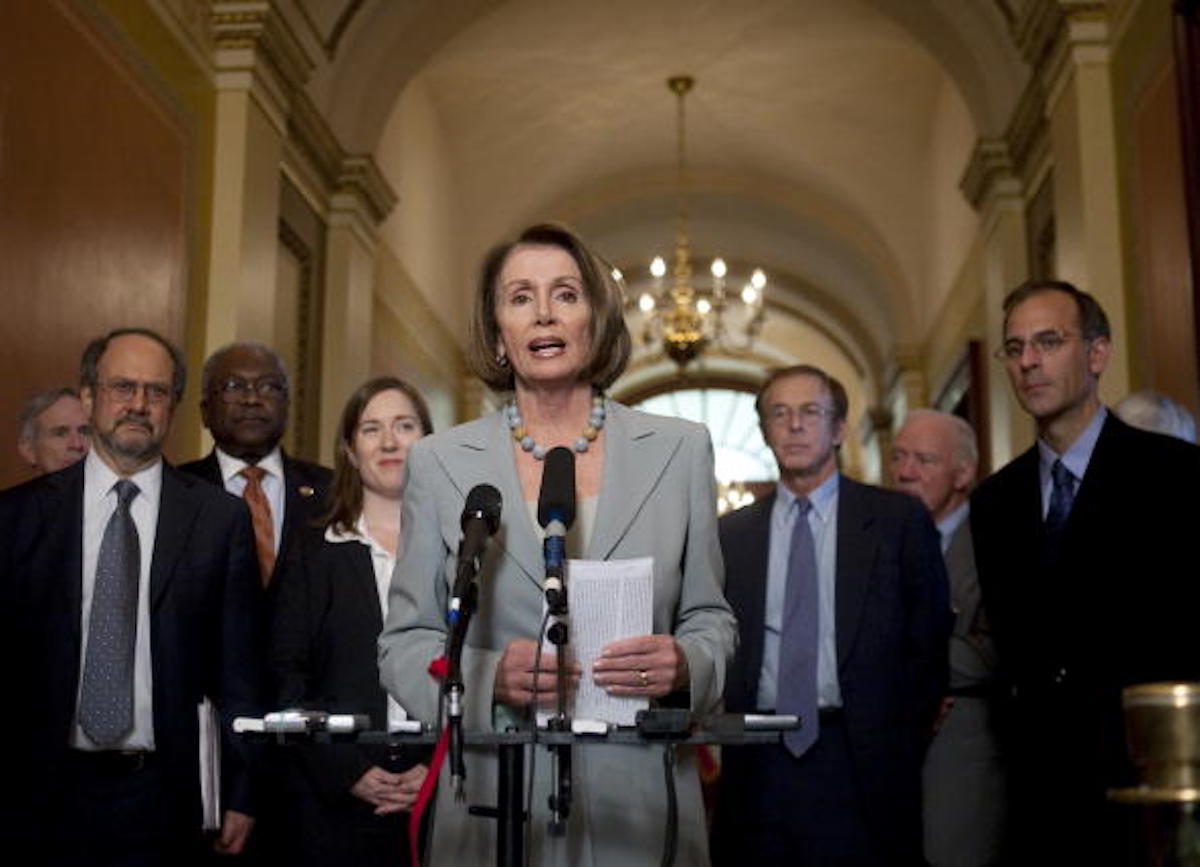 House Speaker Nancy Pelosi, a Democrat from California, speaks during a news conference following a meeting with Democratic leaders and economic experts at the Capitol in Washington, D.C., U.S., on Wednesday, Oct. 21, 2009. (Photographer: Brendan Hoffman/Bloomberg)

“The CR being voted on today is the swamp in all its glory — in which both parties come together to kick-the-can to a future date designed specifically to increase pressure to maximize spending rather than constrain it. In doing so, it harms the very servicemen and women upon whose back Republicans are quick to mortgage our futures by decreasing defense planning and predictability,” Republican Texas Rep. Chip Roy told the Daily Caller. (RELATED: House Democrats Add Changes To Border Bill In Hopes More Will Jump On Board)

“It’s disgusting, and for anyone seeking to run on fiscal responsibility in 2020 — good luck with credibility while voting to encourage business-as-usual as we rack up $100 million of additional debt per hour,” Roy continued. (RELATED: House Democrats Cancel Budget Vote Due To Divided Party)

The House is expected to vote on the package at 3 pm on Thursday afternoon.

The situation is very similar to the shutdown before Christmas in 2018, when House leadership passed a continuing resolution earlier in 2018 and moved appropriations until the holiday season. The House Freedom Caucus then convinced President Donald Trump to hold out over wall funding, starting the longest shutdown in recent history which lasted until January of 2019.