Believe it or not, it was a year ago that a constellation of left-wing activist groups cooked up a series of outlandish lies designed to keep Brett Kavanaugh off the Supreme Court. The national news media, as you will remember, joined the smear campaign. They repeated and magnified the slurs. But in the end, it was to no effect. Kavanaugh was confirmed anyway. Why? Because not a single allegation against him was proven to be true.

Not one. Their only lasting effect was to traumatize Kavanaugh’s wife and children. To this day, the left has never apologized for their dishonesty or their profound cruelty. They did not accept defeat. They never do. Why? Because when politics is your religion, acknowledging reality looks like sin, and so it continues. 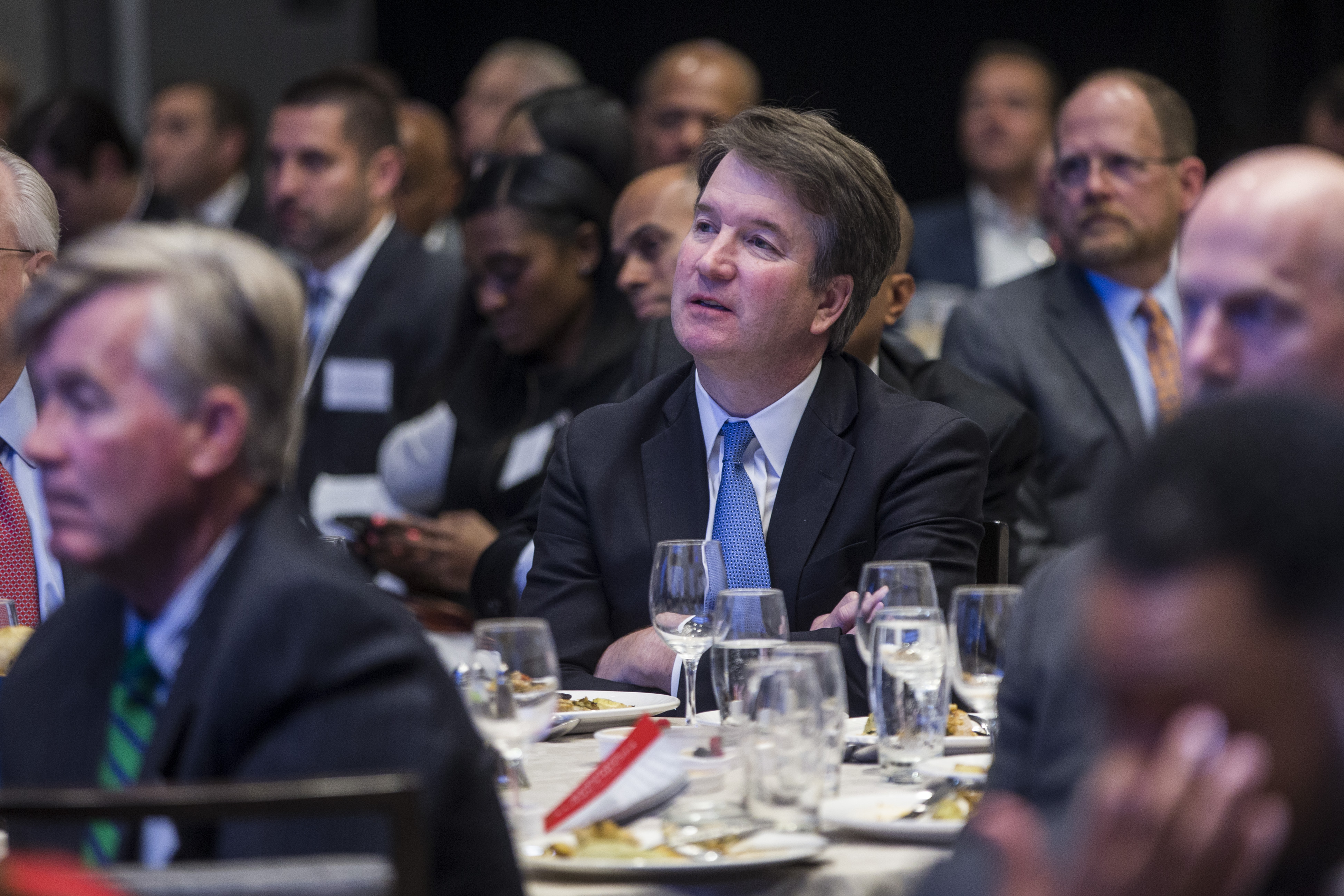 WASHINGTON, DC – MAY 09: U.S. Supreme Court Justice Brett Kavanaugh listens to a discussion between Economic Club President David Rubenstein and NBA Commissioner Adam Silver about the state of the NBA and professional sports during and event hosted by the Economic Club of Washington, D.C. at the Capitol Hilton on May 9, 2019 in Washington, DC. (Photo by Zach Gibson/Getty Images)

A few days ago, New York Times reporters Robin Pogrebin and Kate Kelly were the toast of the left. Their new book appeared to finish the job that the national media started a year ago and take out Kavanaugh for good. The authors accused Kavanaugh of committing sexual assault as a student at Yale more than 30 years ago. Details were sparse, but it was enough to launch a tsunami of rage from the left. Chatters on cable TV denounced Kavanaugh as a gang rapist. The leading Democrats running for president demanded that Kavanaugh be impeached and removed from office.

Almost immediately, the story fell apart. The newspaper was forced to make a devastating correction to the piece. In fact, the woman that Kavanaugh supposedly attacked didn’t remember anything about the event. And just like so many previous stories about Kavanaugh, the whole thing turned out to be a crock. (RELATED: NYT Reporter Promotes Attempt To Blame Fox News For Kavanaugh Hit Piece)

The Times reporters were grilled by other news outlets. The explanation? Don’t blame us; blame our editors. But a missing line is not the only problem with the story.

Where did the story come from? It came secondhand from a single classmate of Kavanaugh’s, a man who worked as a left-wing activist and later for the Clintons. Of course, 20 years ago, no credible news organization would have run a story like that on the basis of its sourcing. The Times didn’t hesitate, and it was picked up everywhere. When a character-destroying smear comes from political activists rather than from, say, ordinary citizens, you ought to be able to know that from reading the piece. The Times disagrees, though. They don’t think you have a right to that context.

All this has now been disclosed and the Times story discredited. You’d think it would spur the Democratic candidates, the ones who called for Kavanaugh’s impeachment, to rethink their positions. New evidence? Maybe that would shape their view. But no, not at all. They sound exactly the same as they did a year ago. Remember, “There’s no presumption of innocence or guilt when you have a nominee before you,” Chuck Schumer said then.

They are not trying to convict Kavanaugh. They are trying to destroy him and his family. Due process and presumption of innocence ⁠— fairness even ⁠— are irrelevant. Whatever they tell you, don’t let them tell you justice has any role in this. This is a pure power grab. The left feels entitled to run the country, and they feel entitled to control the Supreme Court. It drives them crazy that they don’t. Kavanaugh frustrates their political hopes, so any smear against him is acceptable, no matter what it is. 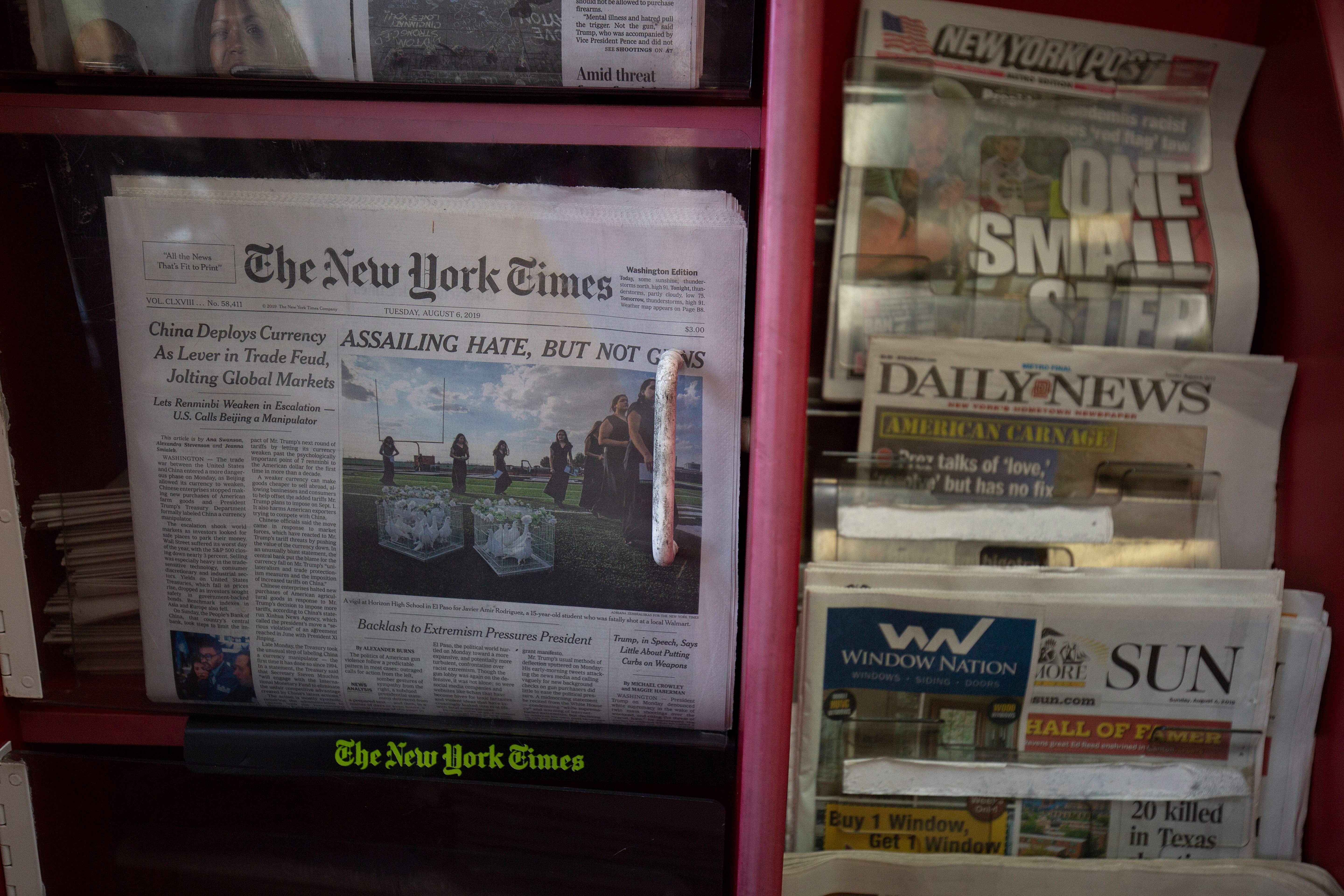 Don’t kid yourself. It’s not just about destroying Kavanaugh. He is ancillary. It’s about destroying the entire legitimacy of our third branch of government, the judiciary. Plenty on the left are using the saga to call for packing the court, adding more justices to make it reliably left-wing or to change the rules so they can remove any judge they don’t approve of. (RELATED: Joe Biden Just Weighed In On Push To Pack The Supreme Court)

This is the opposite of what the third branch was meant to do. The judiciary was meant to change slowly, the courts to change over decades rather in response to a single election cycle. It was designed that way and for a reason. For more than 200 years, it’s worked. But to the modern left, it’s totally intolerable. They are committed to completely remaking this country right now. We need a new system, they tell us, one with open borders and far fewer pesky individual rights. Rights like the freedom to speak clearly, the freedom of expression, the freedom of religion and the right to bear arms must go. They have to destroy all of that — two centuries of precedent and tradition — and maybe even the country itself. Whatever. They are happy to do it. When you make omelets, you break eggs.