It has been a difficult week for police officers in the Washington, D.C. area after five officer-involved shootings in the span of seven days.

Metropolitan Police Department (MPD) officers came under fire from a suspect Wednesday after an attempted traffic stop resulted in a car chase and then foot pursuit, making it the fifth such incident in a week.

According to police, “during the foot pursuit, the suspect brandished a handgun and fired at MPD officers. There was an exchange of gunfire and the suspect fled into the wooded area. Another uniformed officer encountered the suspect and discharged his firearm. The suspect was subsequently apprehended.”

The officers involved have been placed on administrative leave, pursuant to MPD policy. Police say that responding officers activated their body-worn cameras and that footage is currently under review.

This incident is only the most recent in a string of similar officer-involved shootings beginning last Thursday, when police in Prince George’s County fired at a suspect they believe was involved in the distribution of drugs after he appeared to be preparing to ram their vehicle with his own, leading to a car chase in which the suspect got away. 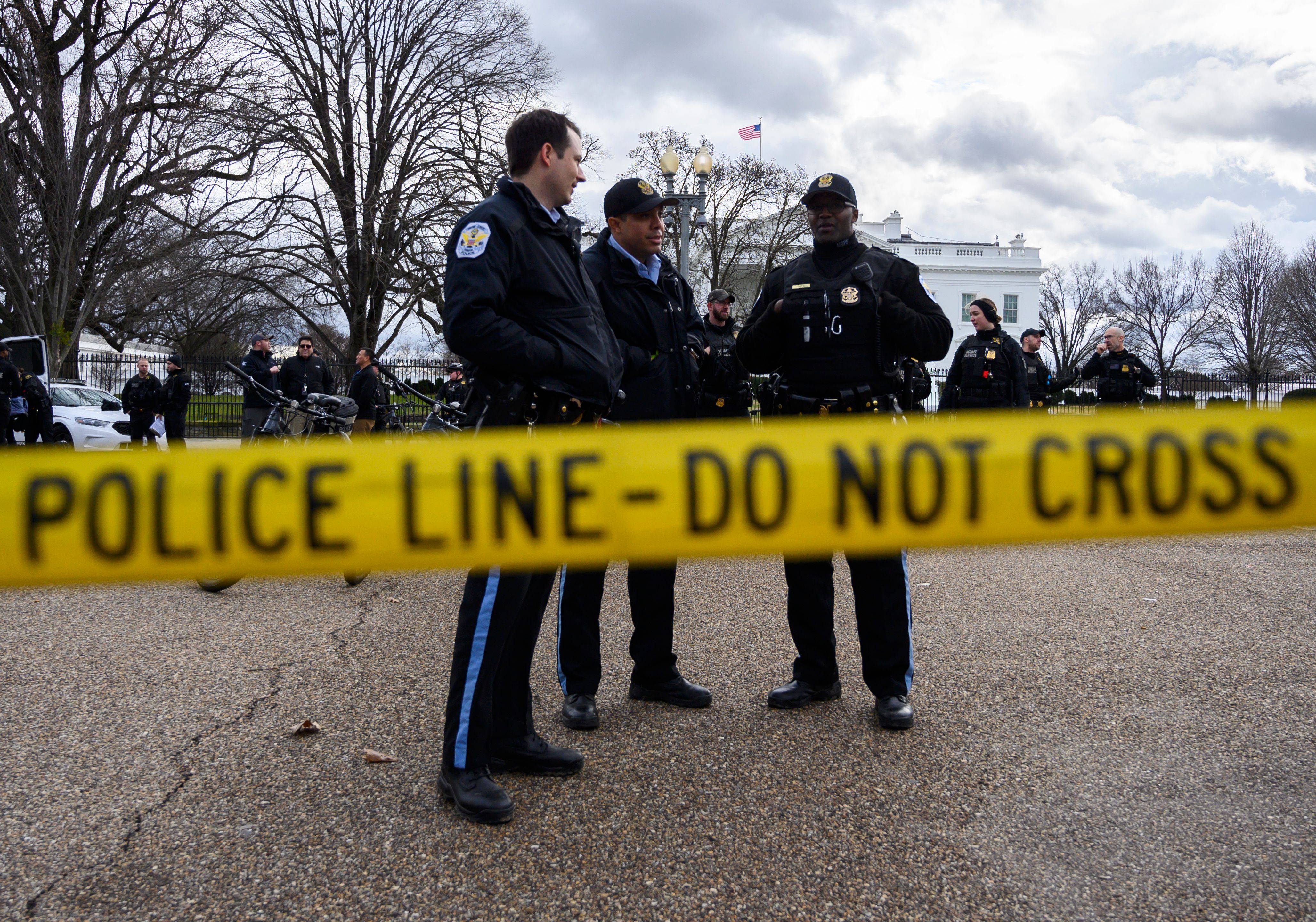 Police stand behind a police line near the White House as a small group of Alt-right members hold a rally in Washington, DC, on January 5, 2019 (Photo by Andrew CABALLERO-REYNOLDS / AFP)

That same day in Southeast D.C., officers shot and injured a man who fired at them after they confronted him for erratically waving and firing an illegally-owned handgun.

Police say the officers observed the suspect firing a handgun and ordered him multiple times to drop the weapon. When the suspect instead began firing at the officers, they discharged their weapons. MPD members then gave first aid to the suspect until he was transported to an area hospital for treatment of non-life threatening injuries.

On Friday, two officers fired on an armed suspect while investigating an active burglary in Alexandria and were placed on administrative leave, per Alexandria police policy.(RELATED: Carjacking Occurs In One Of DC’s ‘Safest’ Neighborhoods)

On Sunday, a man brandished a gun and verbally threatened police officers after being asked to move his illegally parked vehicle in the affluent neighborhood of Foggy Bottom, near Georgetown University.

WASHINGTON, DC – OCTOBER 06: U.S. Capitol Police arrest protesters after they occupied the center steps of the East Front of the U.S. Capitol to demonstrate against the confirmation of Supreme Court nominee Judge Brett Kavanaugh October 06, 2018 in Washington, DC. The Senate is scheduled to vote on Kavanaugh’s confirmation later in the day. (Photo by Alex Wong/Getty Images)

Then on Monday, an MPD officer was shot by a suspect while responding to reports of gunfire inside a residence in the Seventh District.

According to police, upon their arrival “the suspect exited the residence, brandished a handgun and fired at officers. Officers returned fire, striking the suspect. During the exchange of gunfire, an MPD member was shot. The officer was transported to a local hospital for treatment of non-life threatening injuries.”

Apart from these officer-involved incidents, the District saw two homicides over the same weekend—one on Friday and one on Saturday — then another on Monday. (RELATED: 3 Children Shot In DC So Far In 2019)

The District has been grappling with a dramatic rise in homicides from the preceding year, one of few American cities to have seen a spike in the murder rate in the midst of an overall national decline. (RELATED: D.C.’s Homicide Rate Soars In The Midst Of National Decline)

There have been 124 homicides in D.C. alone this year. This time last year, there were 107.