In recent weeks, Ko has collected more than 2,000 donations of gas masks, air filters and helmets at his church to send to Hong Kong to help protect Hong Kong protesters against tear gas used by police during largely peaceful protests that have occasionally turned violent throughout the summer, BBC reported.

“I’ve never been to Hong Kong, but I feel I have no reason not to care,” he told BBC. “As a Christian, when we see people hurt and attacked, I feel we have to help them. [And] As a Taiwanese, I’m worried we may be next.”

// He’s since collected more than 2,000 sets of such gear, & sent them to HK protesters to protect them against tear gas regularly fired by the police. ///https://t.co/BGXDz5dYLd

An extradition bill that would have sent Hong Kong residents convicted of crimes to trial in mainland China ignited a summer of protests throughout the region starting in early June but has since been withdrawn. Protests have continued, however, in an effort to settle four other demands from Hong Kongers.

“Even though Taiwan is separated from China by the Taiwan Strait, our political status is not a Special Administrative Region like Hong Kong,” Ko explained, according to BBC. “We are not a part of China. It could invade us one day. By joining forces [with Hong Kong], we are stronger. One day we might need their help, too.” 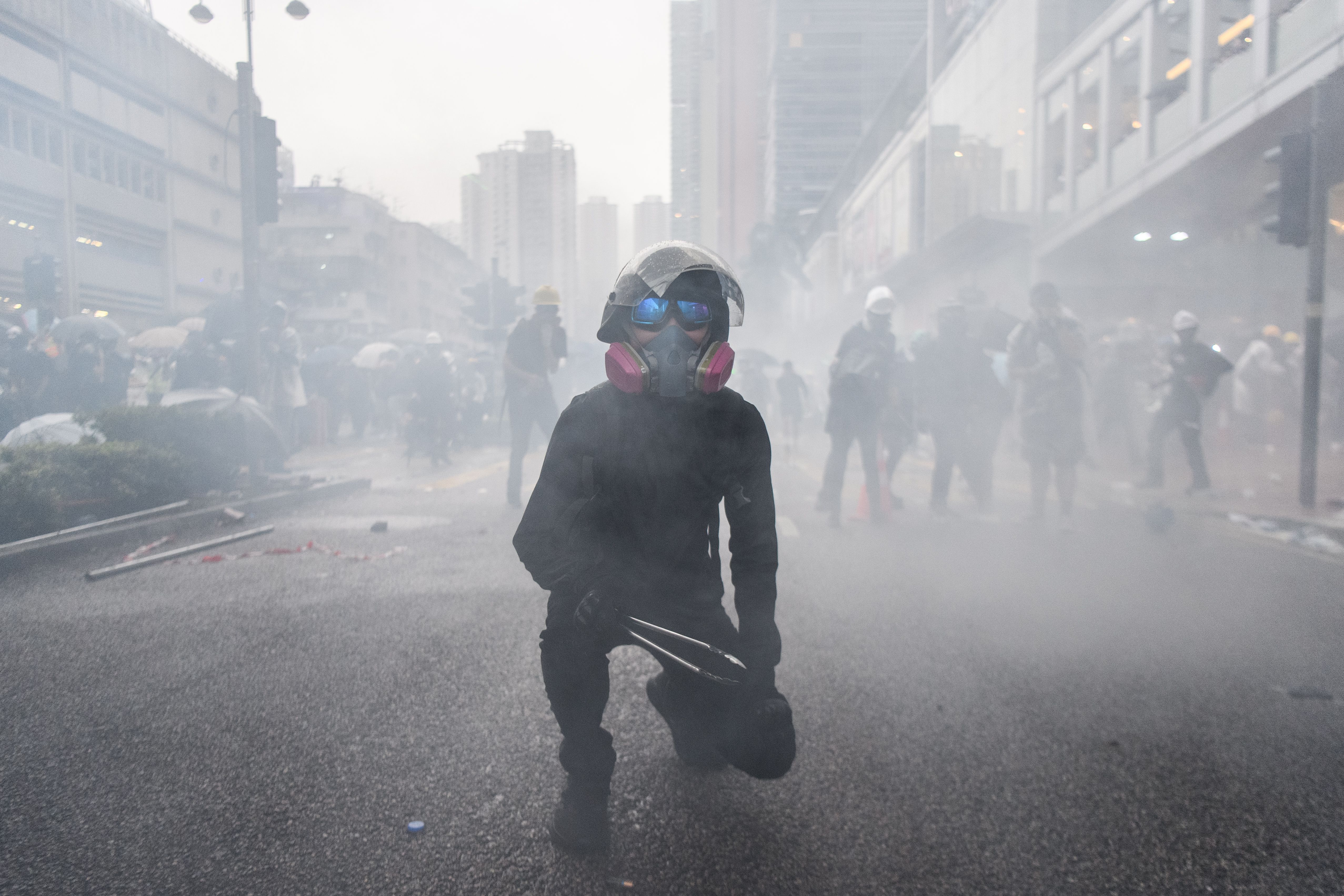 Nick, 20, (C) holds metal cooking tongs as he waits for police to fire more tear gas rounds, shortly after he became seperated from his girlfriend Abby, 19, during a protest in Tsuen Wan, an area in the New Territories in Hong Kong. (ANTHONY WALLACE/AFP/Getty Images)

“I think peaceful methods are necessary for the protesters,” he added. “It might help them to think about what kind of [society] they want Hong Kong to become — safe and peaceful, or violent.” (RELATED: Bernie Sanders Tweets Support Of Hong Kong Protests Against China’s Communist Government)

Taiwan is an East Asian state that has been independently governed by the Republic of China since the Chinese civil war in 1949. Hong Kong is an autonomous territory that became part of the People’s Republic of China under the country’s “one party, two systems” rule after reverting from British rule to Chinese rule in 1997.

A frontline Hong Kong protester who said under the anonymous name of L.V. at a Wednesday forum on Hong Kong freedom hosted by the Victims of Communism Memorial Foundation (VOC) on Capitol Hill, “If Taiwan is the beacon of democracy in Asia, Hong Kong is the beacon of freedom in Asia.”