At least two people are dead as Tropical Storm Imelda caused flooding, power loss and other damage throughout parts of Texas Thursday.

The tropical storm, which has downgraded to a tropical depression, is moving north after hitting southeast Texas with heavy rain and flooding. Many residents were taken by surprise as it tore through the area Thursday, the New York Times reported.

Two people died from drowning during the tropical storm. One’s car was submerged in water, and another died after a man was electrocuted and drowned trying to move his horse according to the NYT. Republican Texas Gov. Greg Abbott declared a state of disaster in several countries Thursday after deploying various resources to the Gulf Coast earlier in the week to prepare for the storm.

“The State of Texas is working closely with local officials and emergency personnel to provide the resources they need to keep Texans safe from Tropical Storm Imelda,” Abbott said, according to a press release. “I thank our first responders who are acting swiftly to help the communities that are facing this severe weather event. I urge all those in the path of this storm to take the necessary precautions and heed all warnings from local officials.” 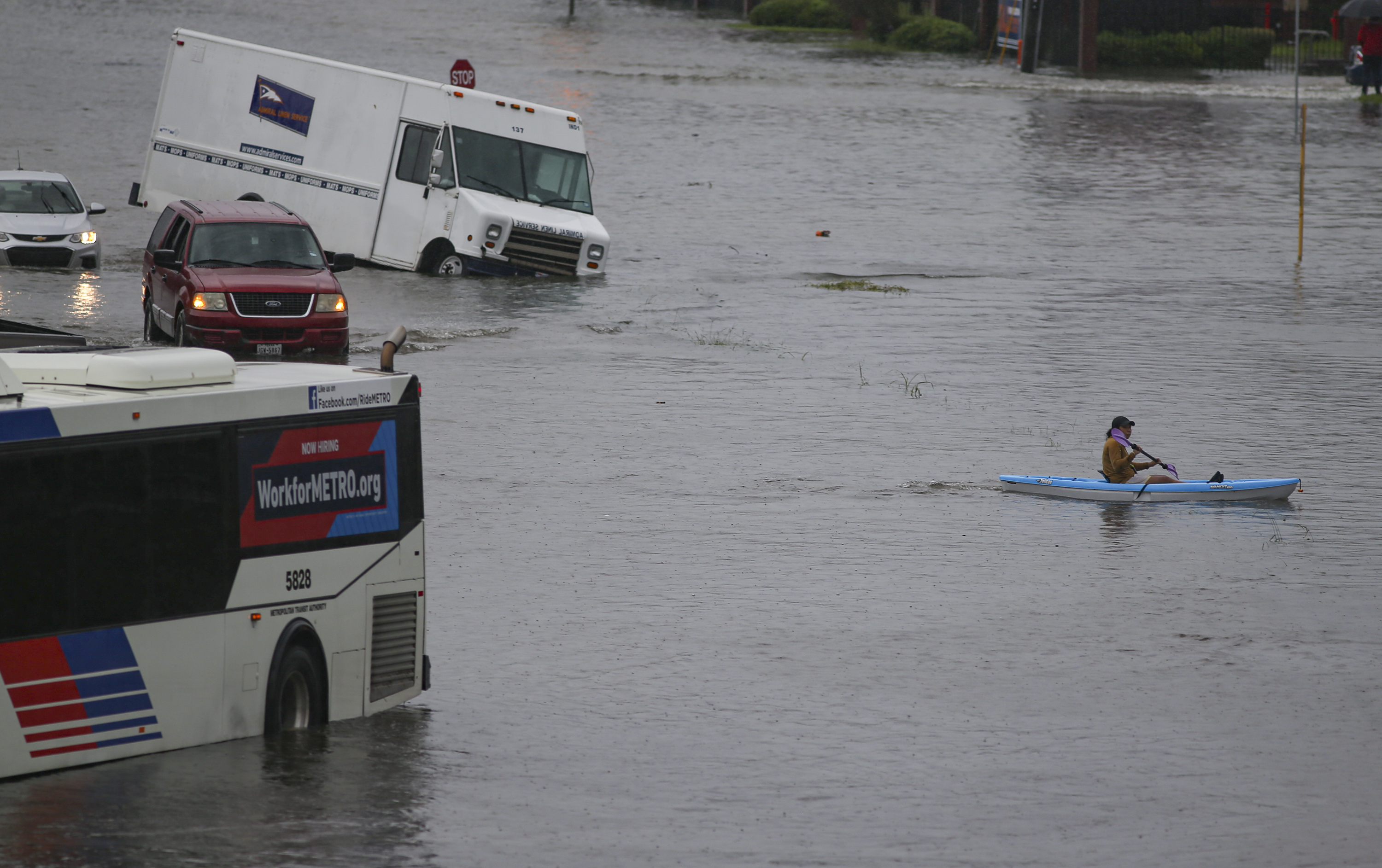 A kayaker paddles though the flooded street of Little York on September 19, 2019 in Houston, Texas. (Thomas B. Shea/Getty Images)

Hundreds of homes flooded and thousands were without power Friday morning. Barges in Houston broke, with one striking a bridge causing a highway shutdown. Public schools in Houston shut down as well Friday as residents assessed damage, the NYT reported.

Most of southeast Texas saw over 10 inches of rain between Tuesday and Thursday, making it the seventh wettest tropical cyclone in the U.S. to date, the National Weather Service wrote. Some parts of Texas got around 43 inches of rain.

“This is Harvey all over again and we barely made it out the last time,” Charlotte Kinsey, one Texas resident, said according to the NYT. “We’re talking about going to my mother’s in Colorado. I can’t do this. I’m not putting my kids through this anymore.”