President Donald Trump announced new Iran sanctions Friday on the Iranian national bank after talks with members in his cabinet.

In the Oval Office, Trump announced the new Iran sanctions, calling them the “Highest sanctions ever imposed on a country.” This comes after a Saturday attack on Saudi Arabian oil facilities. Trump suggested Monday that Iran was to blame for the attack, adding that he would like to avoid war. 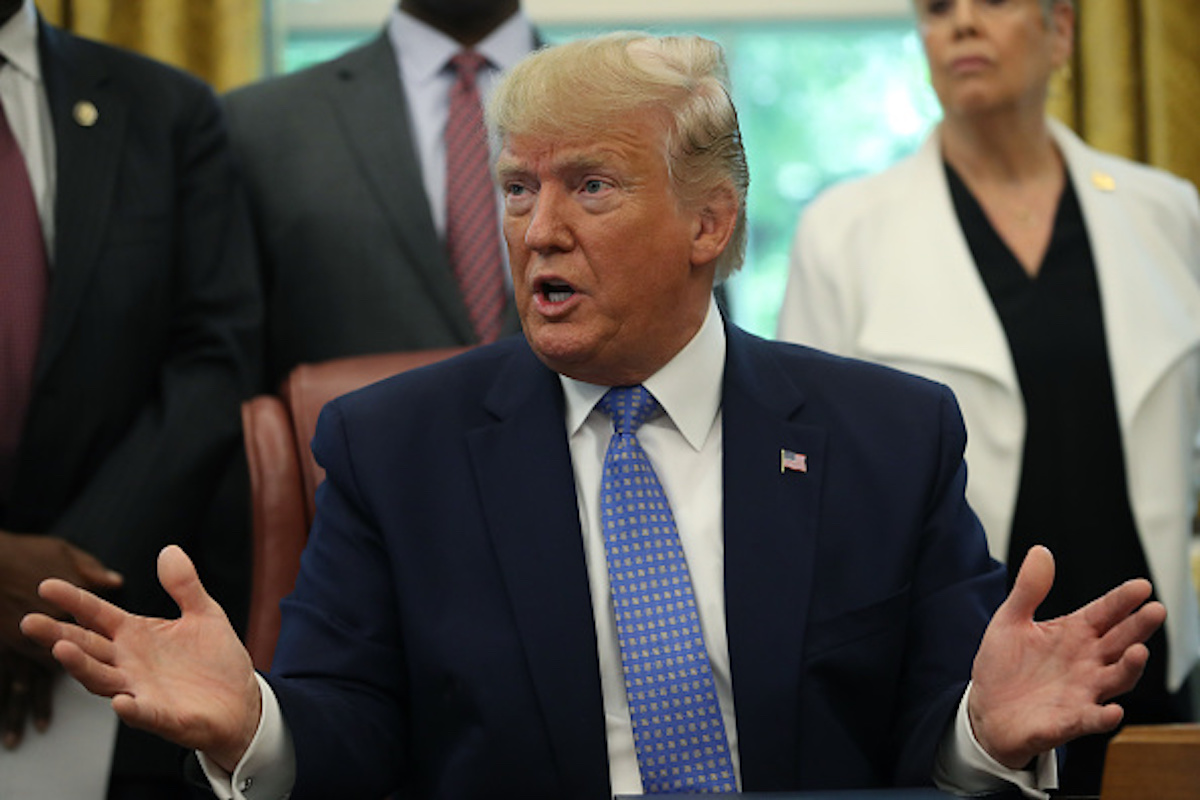 President Donald Trump speaks to reporters about Iran and Mexico after signing an executive order establishing a White House Council on eliminating regulatory barriers to affordable housing, in the Oval Office at the White House on June 25, 2019 in Washington, DC. (Photo by Mark Wilson/Getty Images)

“I don’t want war with anybody. I’m somebody that would like not to have war,” Trump said, according to Politico. (RELATED: Trump Plans To ‘Substantially Increase’ Iran Sanctions)

The Pentagon will reportedly be presenting military options to Trump on Friday as he considers how to respond to the attack.

Iran’s aggression Saturday led to a 50% reduction in Saudi oil production per Saudi officials, according to the Washington Post.