The Trump administration is reportedly considering another plan to divert billions of dollars in military funding to pay for more border wall construction.

The White House is once again looking to divert $3.6 billion in military funds to pay for more wall construction on the U.S.-Mexico border, according senior administration officials who spoke to the Washington Post. The discussion comes just weeks after the White House took $3.6 billion in Department of Defense (DoD) funds for barrier projects.

If the administration does not get the $5 billion in wall funding it requested via the Department of Homeland Security budget, officials are reportedly ready to once again reallocate money from the Pentagon construction budget. The Democratic-controlled House of Representatives remains adamantly opposed to providing additional border funding, leaving President Donald Trump unlikely to win congressional approval.

The White House already tapped $3.6 billion from the DoD earlier this month, and is currently using that money to build 175 miles of border wall. 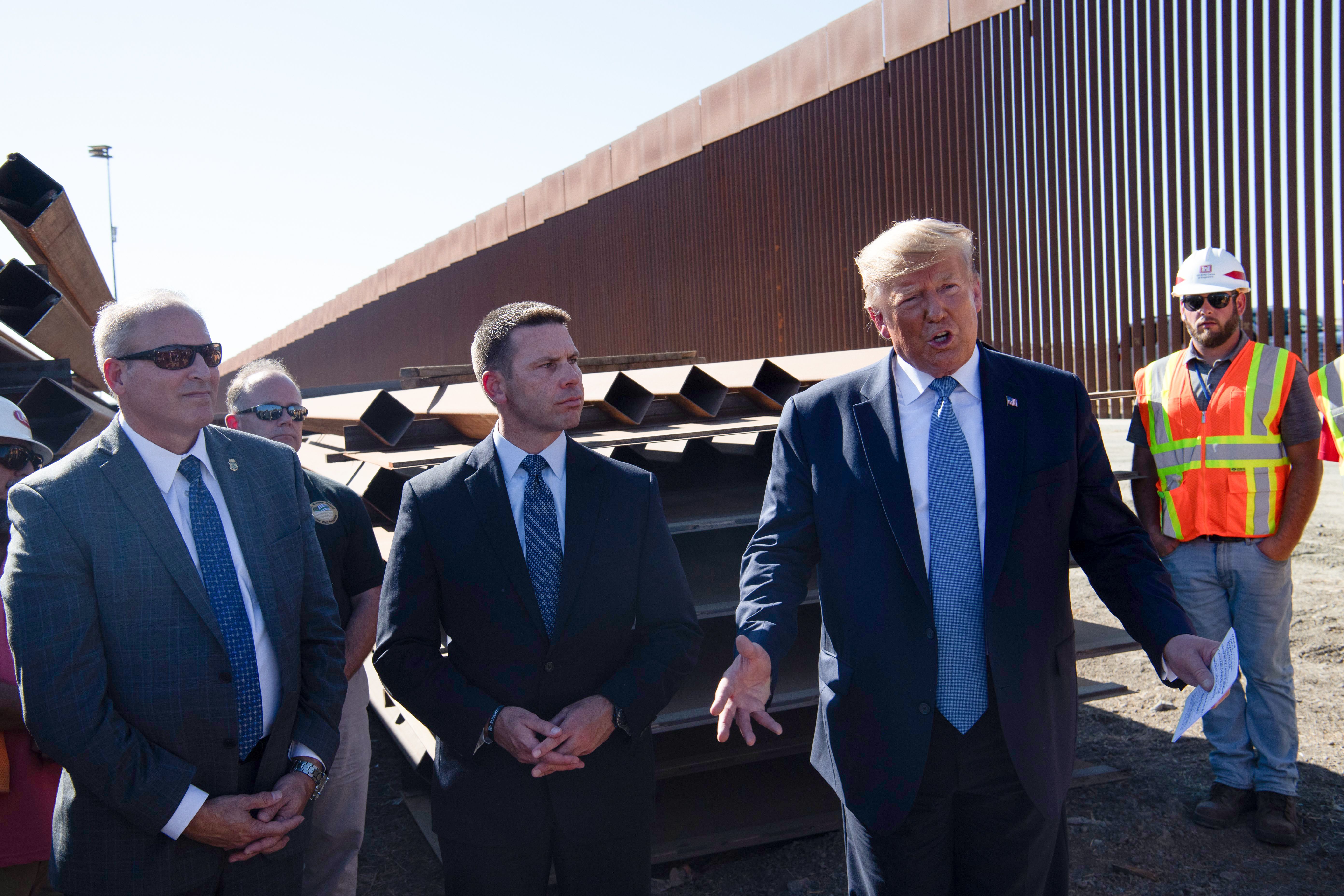 Dipping into Pentagon funds allows Trump to circumvent a hostile Congress. If the administration moves forward with its plan, it will have reallocated a total of $7.2 billion for border wall contracts. The moves have already upset Democratic lawmakers, who have threatened to revoke the Pentagon’s ability to adjust its budget without congressional approval.

Interior Secretary David Bernhardt announced Wednesday that his department is transferring jurisdiction of approximately 560 acres of land to the Army. The Army will build about 70 miles of new barrier along the U.S. southern border on that land, and then transfer the land back to Interior Department in three years.

“I’ve personally visited the sites that we are transferring to the Army, and there is no question that we have a crisis at our southern border. Absent this action, national security and natural resource values will be lost,” Bernhardt said during the announcement.

Trump aims to build 500 miles of new wall along the U.S.-Mexico border, fulfilling his hallmark 2016 campaign pledge. However, progress has proven difficult. A cadre of Democrats, environmental groups and other liberal organizations have repeatedly taken the Trump administration to court over its efforts to build more border wall. Regulations and private property rights have also proven to be roadblocks. (RELATED: Here’s The Latest Update On Construction Of Trump’s Border Wall)

So far, the White House has only built replacement wall, but the new walls are replacing mostly vehicle barriers, which are easily permeable by border-crossers, with much taller pedestrian barriers.