Acting Homeland Security Kevin McAleenan announced that the U.S. has reached an asylum agreement with El Salvador, marking the latest development in the Trump administration’s effort to curb the border crisis.

“El Salvador is a critical partner for the United States in promoting the security and prosperity of Central America, and has been a reliable partner in the Northern Triangle,” McAleenan said during a press conference on Friday. “Today, we are very happy to announce the signing of this cooperative agreement between the United States and El Salvador.”

Under the deal, the Trump administration could turn away asylum seekers who reach the U.S. southern border, and send them to El Salvador for refuge. Much like any third safe county agreement, migrants who pass through El Salvador on their route to the U.S. would be eligible to go back to the small Central American country for protected status. In return, the U.S. government will help bolster El Salvador’s asylum system.

The accord is part of the Trump administration’s attempt to stem the flow of migrants reaching the U.S.-Mexico border. Thousands of Central American family units cross through the region every month and immediately claim asylum, burdening Customs and Border Protection agents and causing an overflow in the U.S. immigration court system.

The Associated Press broke the news that the White House had reached a deal with El Salvador.

During the Friday press conference, McAleenan went out his way to commend the work El Salvador’s new administration has done to help with the crisis. The DHS chief noted that, since President Nayib Bukele assumed office in June, apprehensions of Salvadoran nationals at the southern border have dropped 62%. He also thanked Bukele’s government for recently deploying 300 immigration agents and 800 police and soldiers along its border. 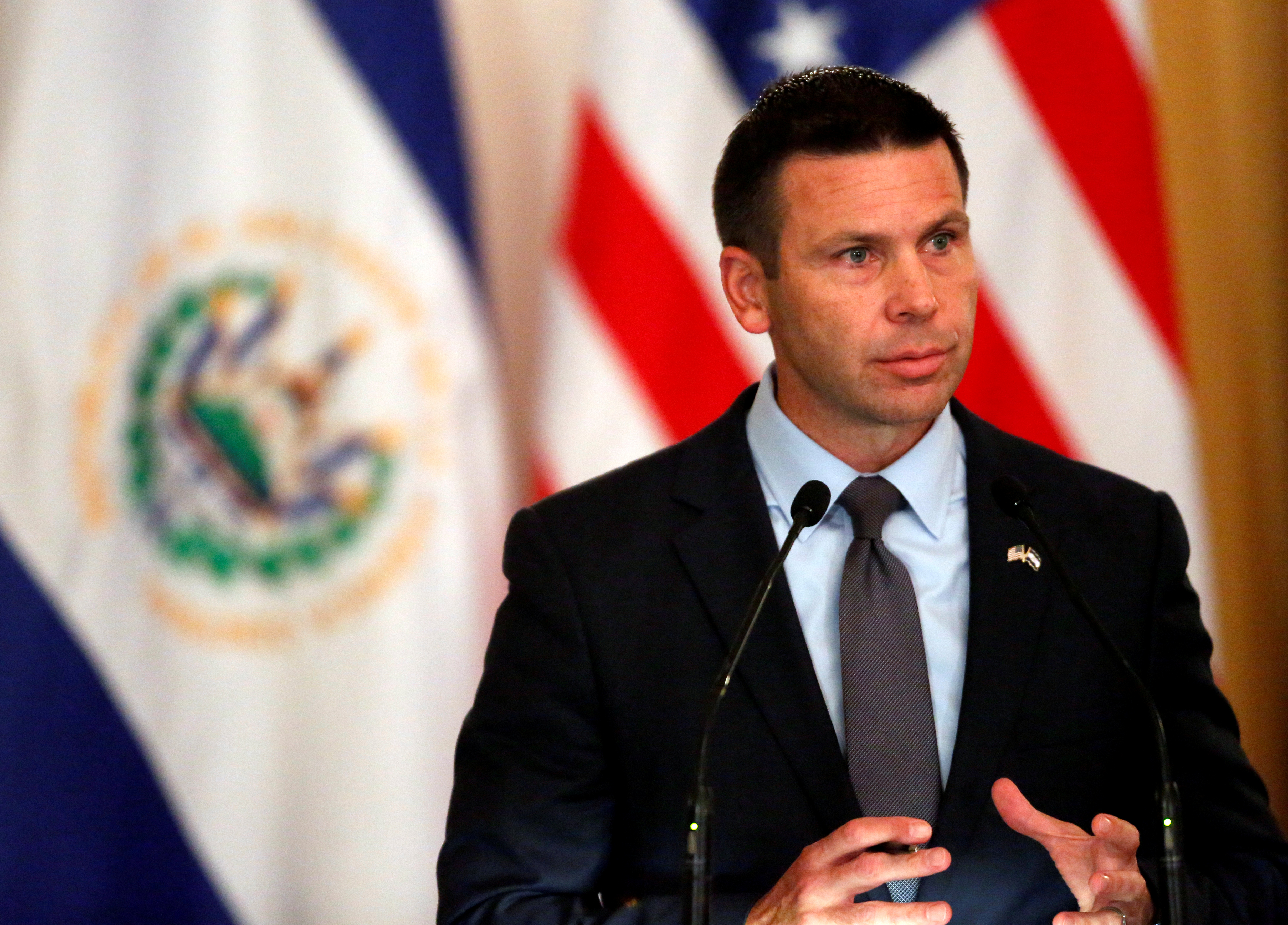 Hill Tinoco stressed that her country’s new government, unlike its predecessor,  is pro-American, and is eager to cooperate with the U.S. to stop “irregular migration.”

“My president, President Bukele, since day one changed this policy 180-degreees. We are now allied with the United States after a more than a decade of a government that was pro-Chavez, and we are working every single day to try to solve this issue of people who, by various reasons, reasons of insecurity or reasons of death threats, are forced to leave our country,” Hill Tinoco said Friday.

“President Bukele has been clear in saying that this is El Salvador’s responsibility,” she added.

Despite El Salvador’s eagerness to cooperate, questions remain over whether the Central American country, which has been plagued with rampant crime, will be able to accept migrants en mass. Guatemala, for example, recently inked a safe third country deal with the U.S., but it has yet to implement it. The deal remains largely unpopular with the country’s populace and has not been ratified by its own lawmakers. (RELATED: Backlog Of Immigration Court Cases Surpasses 1 Million)

However, there are reasons to believe the El Salvador accord will be different. The tiny country has made great strides in reducing crime, with the murder rate dropping in half since 2018. Bukele also enjoys sky-high approval ratings among his constituents, which could give him plenty of wiggle room to implement such a deal.