Judge Stephen Reinhardt, once the liberal lion of the 9th U.S. Circuit Court of Appeals, had a stock response whenever he was asked why he wrote decisions that had little chance of surviving Supreme Court review.

“They can’t catch them all,” Reinhardt would quip.

It was the kind of display that inflamed conservative animosity for the 9th Circuit. Reinhardt’s oft-used crack was no mere jest. It reflected his belief in the judicial duty to unleash the full potential of the Constitution as a means for justice and social progress. His was an activism of Warren-court vintage that for decades made a home on the 9th Circuit.

Reinhardt was still in active judicial service when he died in March 2018, meaning it was for President Donald Trump to replace him. The death of an iconic progressive cause lawyer turned federal judge, and his succession by a young movement conservative, placed in sharp relief the Trump administration’s determined campaign to slowly transform the nation’s largest appeals court.

That story is not yet a triumphalist one. Though Trump has made more appointments to the 9th Circuit than any other federal appeals court, Democrat appointees still maintain a majority. What’s more, the judges he has appointed have only served for a brief time, making assessments premature. Still, the president has stacked his chief judicial adversary with a roster of increasingly conservative personnel, with additional confirmations expected before the end of 2019.

The president has made seven appointments to the 9th Circuit. When Trump took office there were 18 Democrat appointees, seven Republican appointees, and four vacancies on that court, according to a Brookings Institution tabulation. As of this writing, there are 16 Democrat appointees and 12 GOP appointees with one vacancy remaining.

Whether Trump’s appointments have prompted a reorientation of the court is a debatable proposition. Three of Trump’s nominees succeeded Republican-appointed judges. Though one of those retired judges, Alex Kozinski, was an unconventional jurist, on balance those three appointments did not change the 9th Circuit’s ideological balance.

What’s more, one of the four Democrat appointees Trump has replaced, Judge Richard Tallman, was a Republican former President Bill Clinton appointed as part of a deal with GOP lawmakers from Washington state. A second Clinton appointee Trump replaced, Judge Barry Silverman, was a bipartisan pick who was confirmed with the support of Arizona GOP Sens. John McCain and Jon Kyl.

As such, Trump has not moved the jurisprudential needle much in many cases, University of Richmond School of Law Professor Carl Tobias told the Daily Caller News Foundation.

“You’re getting a much younger person of course, but with not terribly different views,” Tobias said of Trump appointments.

Tobias noted that Trump has replaced two genuine liberals — Reinhardt and fellow Carter appointee Judge Harry Pregerson. That’s made a difference, albeit a modest one.

Even while Republican-appointed judges remain a minority on the 9th Circuit, their increased numbers are meaningful. The circuit courts process appeals through randomly assigned three-judge panels. As a general matter, all judges on a given circuit court are bound to follow panel decisions. The uptick in Republican-appointed judges means the 9th Circuit is more likely to produce right-leaning panels.

The administration reaped the benefits of those improved odds in a lawsuit over the president’s asylum restrictions. The new rule, subject to certain exceptions, would deny asylum to migrants who passed through another country on their way to the U.S. without first seeking protection there. U.S. District Judge Jon Tigar in San Francisco entered a nationwide injunction barring enforcement of those restrictions in July.

On appeal, a three-judge 9th Circuit panel that included a Trump appointee trimmed Tigar’s order, ruling that the injunction would apply only within the 9th Circuit, and not on a nationwide basis. In effect, that meant the asylum restrictions would be in force at the border in Texas and New Mexico, but not Arizona and California.

The decision a three-judge panel renders is itself appealable to either the Supreme Court or the full circuit court. On rare occasions, a full circuit court decides to review a panel decision. Those cases are called en banc appeals. On the mammoth 9th Circuit, an 11-judge panel will hear an en banc appeal. With more Republican-appointed personnel on the bench, there is a higher chance of producing a conservative en banc panel.

One Trump-appointee on the 9th Circuit, Judge Ryan Nelson, recently wrote such an opinion. In June, the full 9th Circuit declined to rehear a panel decision that revived a teacher’s lawsuit against her former employer, a Catholic elementary school. The legal question in that case involves the scope of the ministerial exception, a rule that exempts religious institutions from certain federal employment laws. Nelson dissented after the full 9th Circuit declined to review the panel decision. Eight other judges joined Nelson’s dissent, Republican appointees all.

“Not once, not twice, but three times now in the last two years, we have departed from the plain direction of the Supreme Court and reversed our district courts’ faithful application of Supreme Court precedent,” Nelson’s dissent reads.

The school’s petition is pending before the high court.

A priority for conservatives

The 9th Circuit’s jurisdiction sprawls over much of the globe, encompassing remote Pacific atolls, the arid deserts in the American southwest, and those remote reaches of Alaska that touch the Arctic Circle. With a population of approximately 60 million, one in five Americans are subject to the 9th Circuit’s dictates.

Trump has clashed frequently with the 9th Circuit, which upheld injunctions against top administration policy priorities like the travel ban.

His criticisms drew a rare rebuke from Chief Justice John Roberts, who rejected Trump’s charge that judges are sometimes motivated by politics.

That critique is common, but somewhat amiss. It is true that some 9th Circuit judges clashed openly and brazenly with the Supreme Court’s increasingly conservative personnel. Indeed, the high court has reversed about 80% of the 9th Circuit cases it’s reviewed in recent years. Yet the reasons for that high reversal rate aren’t exclusively attributable to judicial politics.

In a given year, the 9th Circuit processes about one-fifth of cases that enter the federal courts. As such, it is more likely to generate the kind of disagreements among federal courts that provoke Supreme Court review. What’s more, the 9th Circuit covers a political-social system that is uniquely complex and heterogenous, giving rise to especially difficult legal questions.

Still, conservatives were so frustrated with the 9th Circuit’s liberal valence that congressional Republicans explored splitting the court. Three 9th Circuit judges — Kozinski, Judge Carlos Bea, and Chief Judge Sidney Thomas — testified before a House committee on the subject in 2017. The trio opposed the idea. 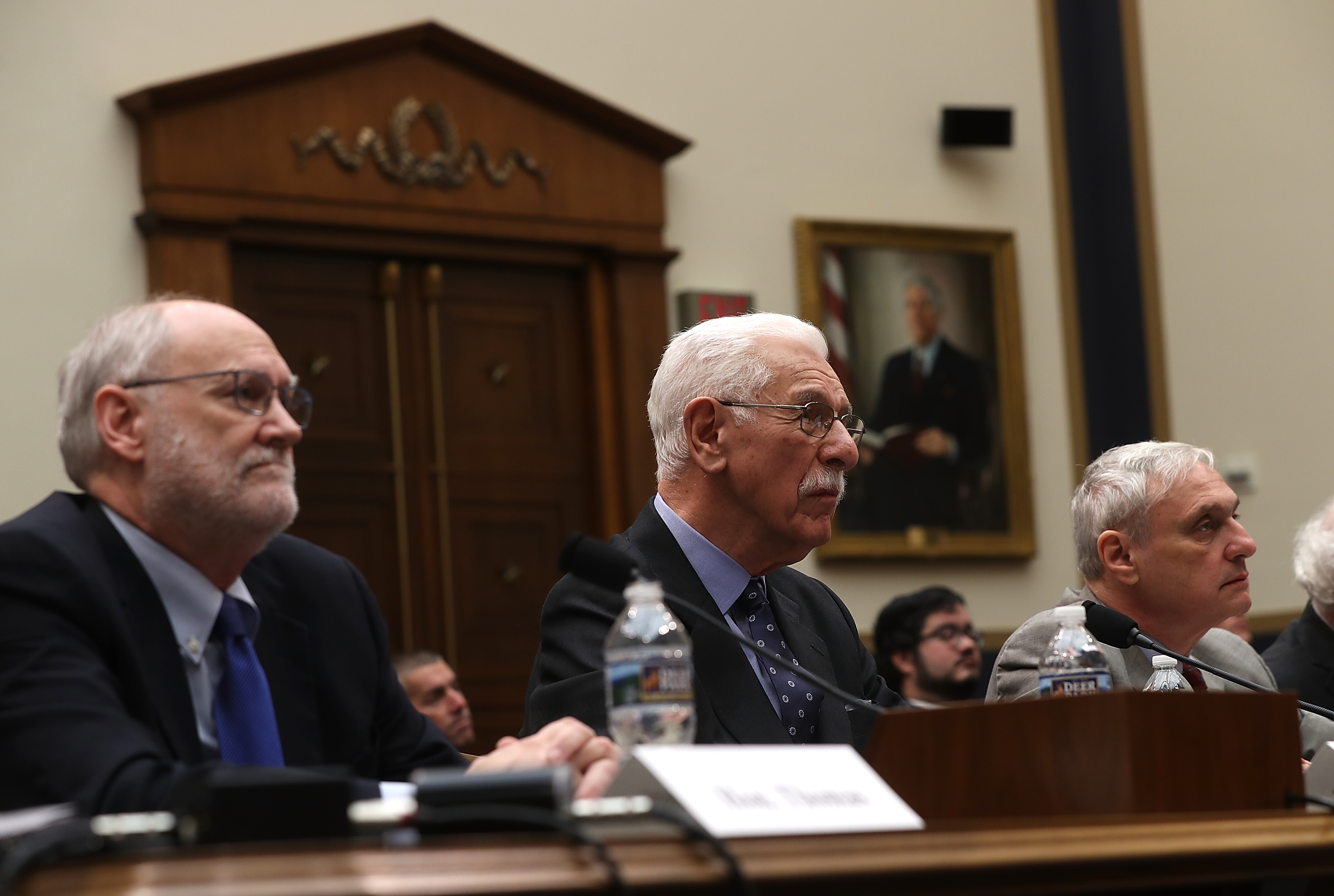 The GOP cited administrative concerns, not ideological disagreement, when pressing the idea. With an enormous number of filings to manage, Republicans argued that the 9th Circuit cannot guarantee speedy disposition of cases, leaving unhappy litigants with lengthy turn-around times.

Other advocates of splitting the 9th Circuit say establishing a new court would protect the high quality of judicial work product. One academic proponent of breaking the 9th Circuit, Vanderbilt University Law School professor Brian Fitzpatrick, told a congressional panel in 2017 that an increase in the number of seats on a given court raises the odds that an activist or an under-qualified judge would fill the post.

“The quality of judicial output decreases as the number of judges on an appellate court expands,” Fitzpatrick said.

Determined efforts in the Senate

Trump’s 9th Circuit nominees have benefited from an expedited confirmation process, despite vigorous objections from Democrats.

For example, Republicans have also curtailed lawmaker influence over judicial selection. Under the so-called blue slip system, lawmakers return either a positive or negative assessment of a judicial nominee selected for a judgeship in their state to the Judiciary Committee’s chairman. In the past, the committee chairman would not schedule a confirmation hearing for a nominee until the relevant senators returned their blue slips, effectively giving lawmakers a veto over judges for their states.

Though Democrats have withheld blue slips for many Trump circuit court nominees, Judiciary Committee Republicans have proceeded with hearings anyway. In breaking with that practice, the GOP argues the lawmakers cannot reasonably claim veto power over nominees for courts that cover multiple states. Though the jurisdiction of federal trial judges is confined to a particular state, circuit courts encompass several states.

The Senate Judiciary Committee has also invited certain circuit court nominees to appear for confirmation hearings in pairs, instead of one at a time. Nominees Eric Miller and Bridget Bade appeared together for a confirmation hearing in October 2018. Daniel Collins and Kenneth Lee followed suit and sat for a joint hearing March 13. All four have since been confirmed to the 9th Circuit. (RELATED: Appeals Court Revives Anti-Corruption Lawsuit Against Trump’s Businesses) 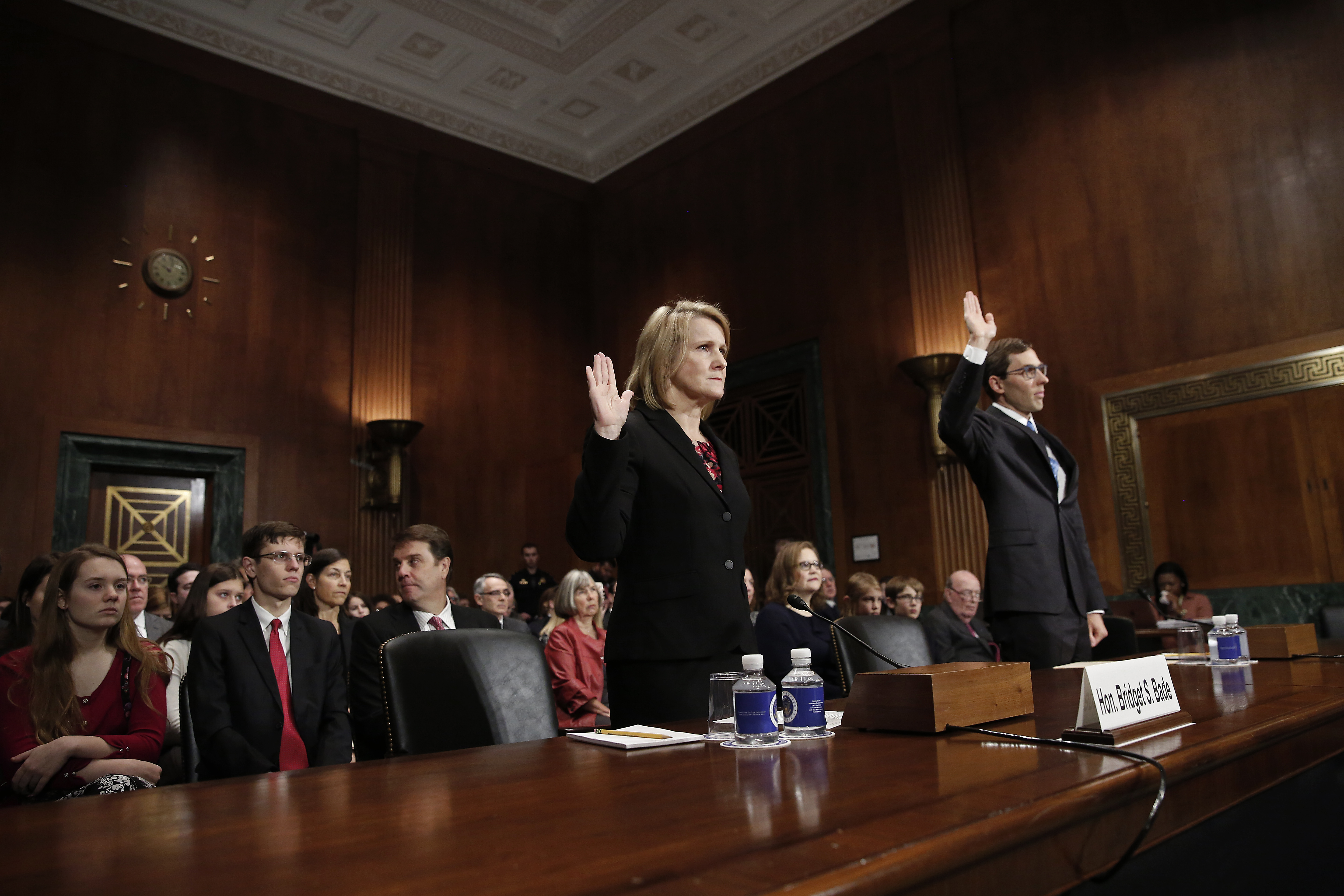 In one instance a 9th Circuit nominee, Daniel Bress, was confirmed despite complaints that his professional connection to the west coast is too attenuated. Bress is a native Californian who practiced law in San Francisco before joining the Washington offices of Kirkland & Ellis LLP in 2008. Given his decade-long professional absence from the west coast, Democratic Sens. Dianne Feinstein and Kamala Harris of California opposed his nomination.

“Over the last two years, the longstanding Senate tradition of the blue slip has been gutted at the circuit court level by Chairman Grassley and Chairman Graham,” Feinstein said. “And now, Republicans are creating a terrible new precedent of allowing out-of-state nominees that will only further undermine the role of the Senate.”

The process has not been an unmitigated success for conservatives. On occasion the White House has settled for consensus nominees viewed warily by judicial conservatives. Such was the case of Judge Mark Bennett, a former Hawaii attorney general tapped for the 9th Circuit in February 2018 with the backing of Democratic Sens. Mazie Hirono and Brian Schatz.

Though Bennett is a Republican, GOP lawmakers were ambivalent about his nomination, citing legal briefs he signed during his tenure in state government that break with conservative constitutional orthodoxy. For example, Bennett joined a coalition of state attorneys general who urged the Supreme Court not to apply the Second Amendment against state-level gun control laws. He similarly argued that Supreme Court campaign finance precedents like Citizens United should not disturb state restrictions on political expenditures.

To GOP lawmakers like Sen. Ted Cruz, those positions betrayed a dim view of First and Second Amendment protections. The Senate confirmed Bennett on a 72-27 vote, with the majority of yes votes coming from Democrats.

One 9th Circuit nominee faltered in dramatic form. Federal prosecutor Ryan Bounds was on track for confirmation in July 2018 until GOP Sens. Tim Scott of South Carolina and Marco Rubio of Florida decided to oppose him just as his nomination was pending on the Senate floor. Realizing that Bounds lacked the votes for confirmation, Senate Majority Leader Mitch McConnell pulled the nomination.

Scott and Rubio took exception to opinion columns Bounds wrote as a Stanford undergraduate that harshly criticized campus multiculturalism policies and identity-specific student groups. They were further troubled that Bounds did not submit those writings to a judicial selection panel.