A strike by 49,000 members of the United Auto Workers union against General Motors continues for the second week, and it’s unclear when it will come to a stop.

The strike entered its eighth day Monday despite weekend-long bargaining discussions that reached no conclusion, according to The Associated Press. Members of the United Auto Workers union demand fair wages, job security, and affordable health care from General Motors after the UAW’s contract with GM expired Sept. 16. 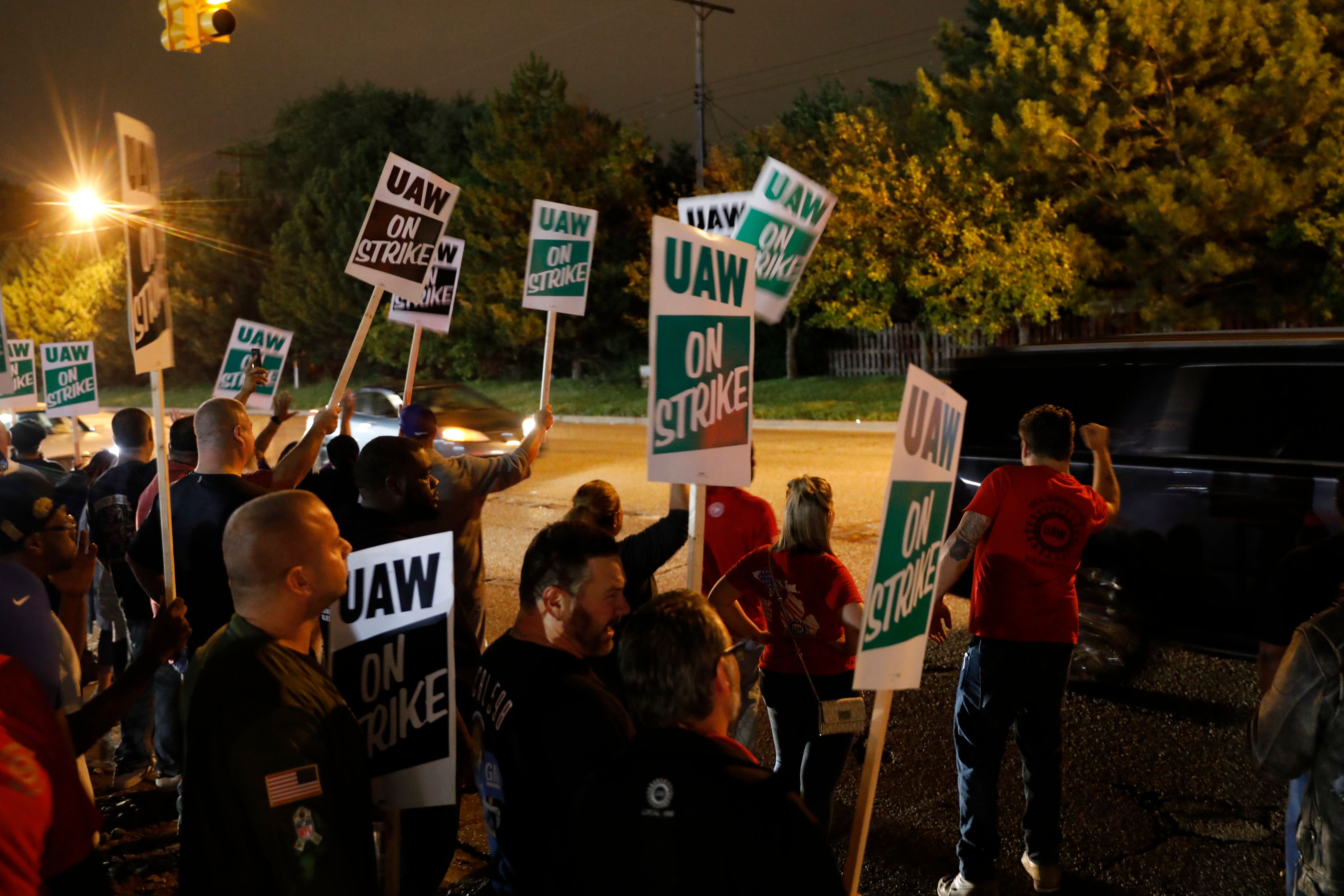 Members of the United Auto Workers (UAW) who are employed at the General Motors Co. Flint Assembly plant in Flint, Michigan, hold signs and cheer as workers drive out of the plant as they go on strike early on September 16, 2019. (Photo by JEFF KOWALSKY / AFP)

Entry-level assembly workers are paid about $20 an hour, but the union members demand that number increase to $30 within the next three to four years, as opposed to eight years it usually takes for a raise. (RELATED: Auto Workers Strike Against GM Comes As Union Leaders Face Corruption Investigation)

The strike has led GM to close two Canadian factories and could cause GM to close down more in Mexico and Canada if the strike continues longer, the AP reported.