“The administration is asking the Court to say that it would be lawful to fire someone not just for being LGBTQ, but for departing from sex stereotypes in any way,” Strangio told Variety. “We’re in trouble if we don’t stop this now.”

Title VII prohibits employers from discriminating against workers on the basis of certain characteristics. Sexual orientation and gender identity are not explicitly listed among those categories. However, several federal courts have held that Title VII covers LGBT workers because the law bans sex-based discrimination. Unequal treatment of LGBT employees necessarily involves sex-stereotyping, those courts say, which is exactly the kind of sex-based discrimination Title VII prohibits.

Opponents of that view, including the Trump administration, say the ordinary meaning of “sex” does not include sexual orientation or gender identity. They further note Congress has repeatedly declined to amend Title VII to clearly include LGBT people.

The Supreme Court will explore those arguments over three cases on Oct. 8. The first two cases involve gay and lesbian workers who were allegedly terminated because of their sexual orientation. The third case arose when a Christian funeral home terminated a transgender director who wished to present as female in the workplace. (RELATED: President Trump Has Made Some Real Progress Changing The 9th Circuit) 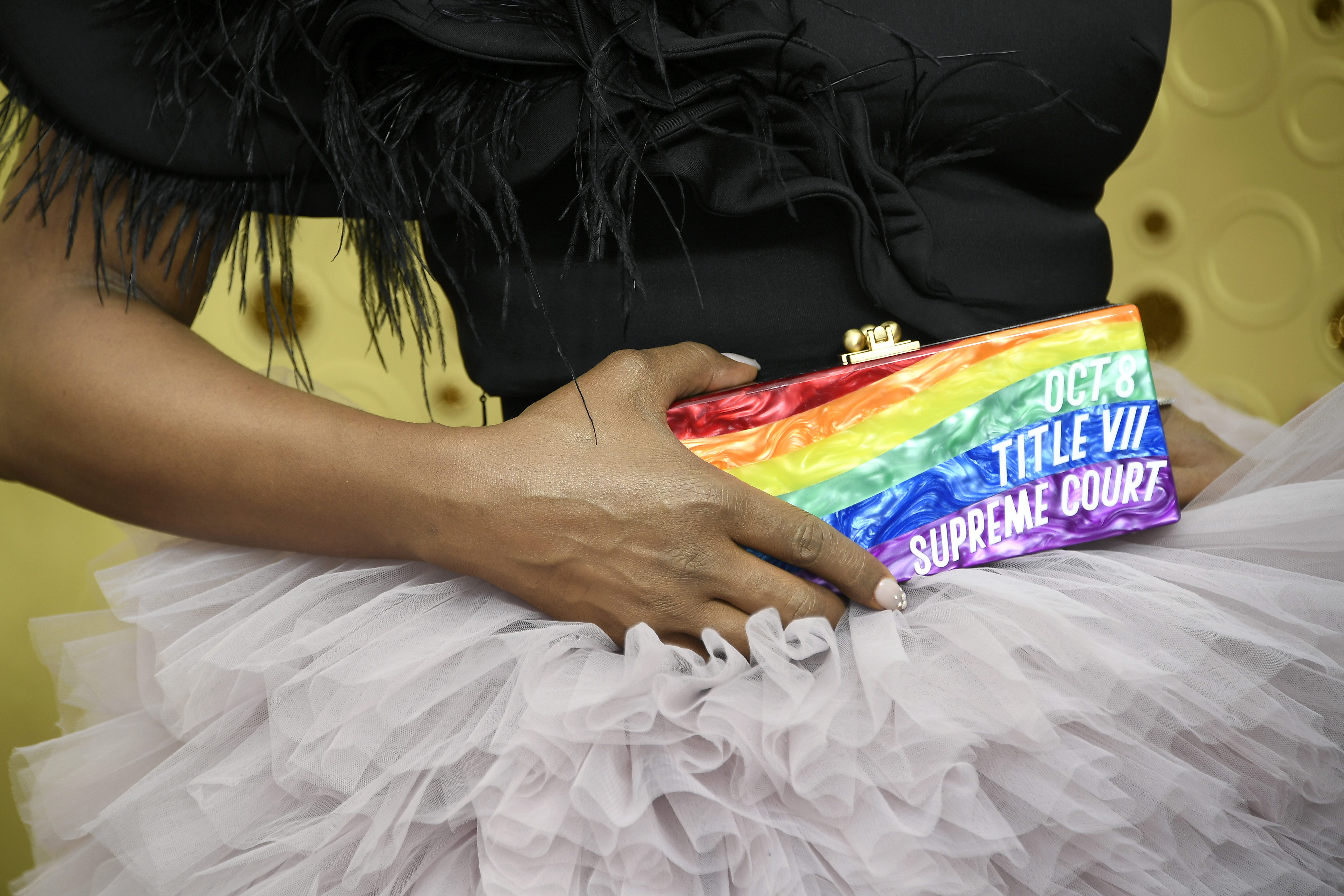 The disputes produced a rare split within the federal government. The agency that enforces Title VII, the Equal Employment Opportunity Commission, has held that Title VII encompasses gay and transgender employees. Yet the Department of Justice is arguing against that proposition in the Supreme Court.

Cox was up for the “Outstanding Guest Actress In A Drama Series Award” at Sunday night’s show. Though Cherry Jones won the category for her performance as Holly Maddox in the Hulu series “The Handmaid’s Tale,” Cox was grateful for the opportunity to inform viewers about the upcoming cases.

“When I got my Emmy nomination this year, my third, I was like ‘This is weird,'” Cox told E! News. “I thought ‘There has to be a bigger reason.’ I thought maybe it’s about this case.”