Spotted on board the Acela Monday afternoon from Manhattan, McKinnon, who produces Showtime’s “The Circus” and founded No Labels, a bipartisan org, took a giant snooze. Thankfully he wasn’t seen doing any head bobbing. Just straight up deep sleep.

Apparently whatever he’s listening to wasn’t enough to keep him awake. Nor was the caffeinated beverage situated in front of him. (Love the lemon wedges and the mom jeans.) 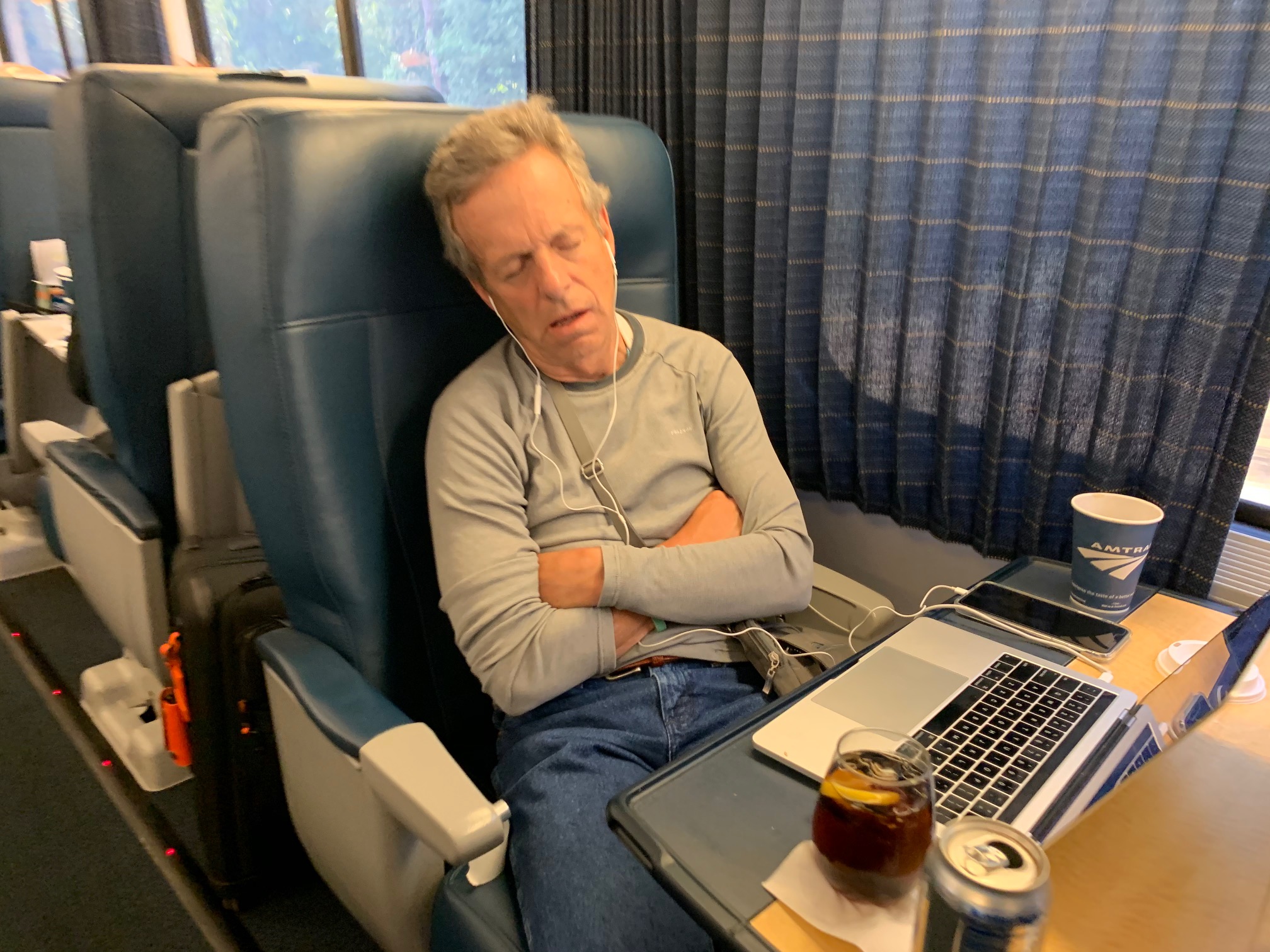 A Mirror spy said Sen. Bob Menendez (D-N.J.) was also on board the train.

“Bob Menendez is in the car too, but he is awake,” my informant explained.

The men were seated in the first class car, not the quiet car. What Washington bigwig can be bothered with sitting with the masses?

Just for the hell of it, check out the time McKinnon visited The Daily Caller offices for “The Circus.” It’s pretty awesome — you can see smoke coming out of my editor’s nose.

McKinnon has worked on the campaigns of a lot of D.C. pols including former President George W. Bush and the late Sen. John McCain (R-Ariz.). He has also worked for Bono.  He’s also a regular columnist for The Daily Beast and The Telegraph.

Apart from everything else he does, he frequently appears on cable news.

No wonder he needed a nap.