Former White House press secretary Sarah Huckabee Sanders warned about potential “chaos” if a Democrat wins the presidency during her speech at the Mackinac Republican Leadership Conference over the weekend.

She also urged Republicans to “get involved,” telling the crowd, “you have to get your hands dirty if you want to make sure you protect this great and beautiful country.”

“America has a choice … we get to decide whether we are the people that do something, whether we stand in the face of evil, whether we decide to be the country that God has put us on a path to be or whether we walk away from that,” she said. 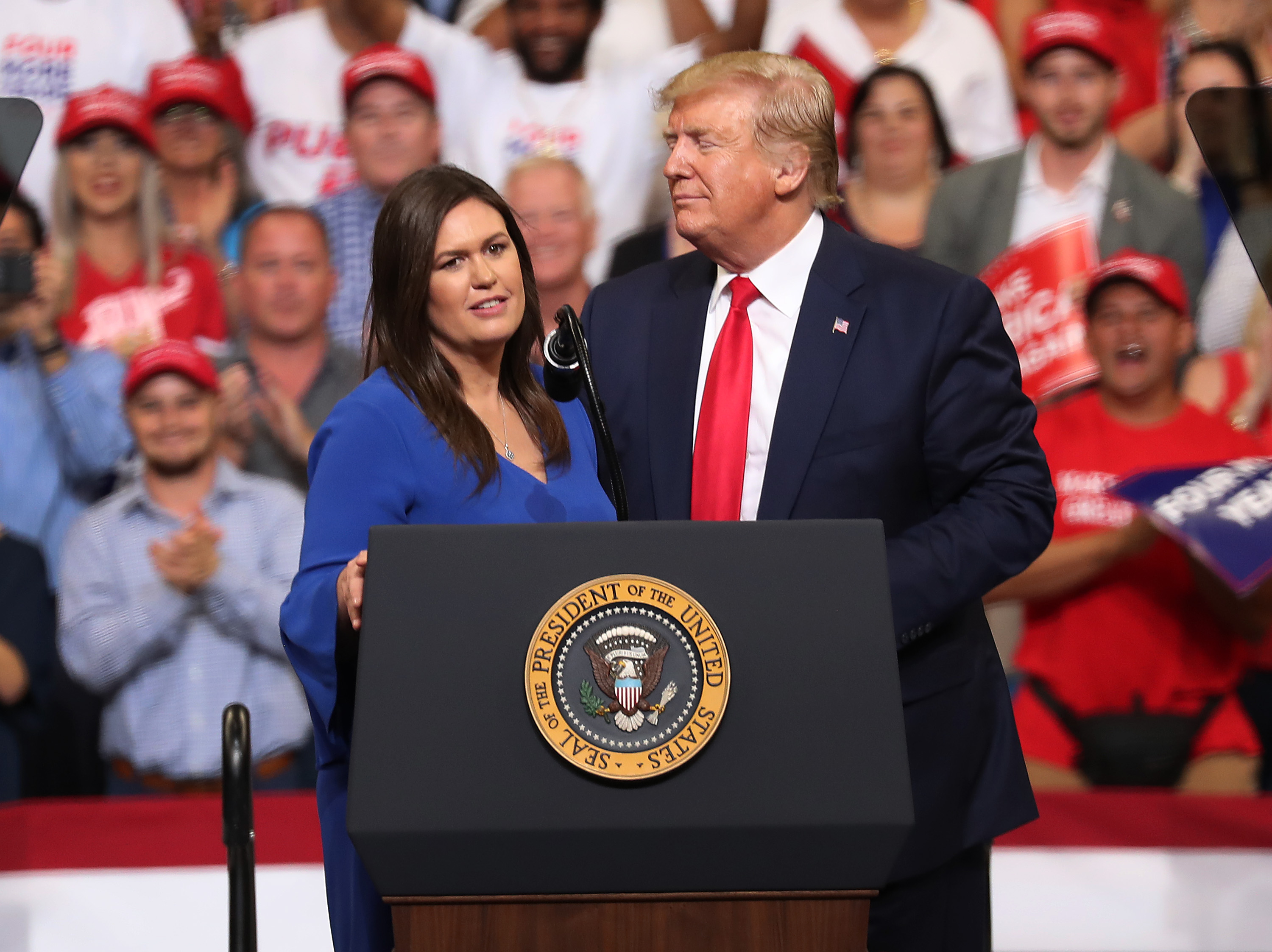 U.S. President Donald Trump stands with Sarah Huckabee Sanders, who announced that she is stepping down as the White House press secretary, during his rally where he announced his candidacy for a second presidential term at the Amway Center on June 18, 2019 in Orlando, Florida. President Trump is set to run against a wide open Democratic field of candidates. (Photo by Joe Raedle/Getty Images)

Sanders is now a contributor for Fox News, and in her first appearance, she again took aim at the 2020 Democrats.

“The things that are coming out of Democrats’ mouths these days, I can’t even process it, they’re so stupid. They want to take our country back so far,” she said, adding, “It is unbelievable to me that they would want to move our country backward, instead of taking us forward.”

There is speculation that Sanders has future political ambitions.

When Trump announced her departure from the White House, he said that he hopes she runs for governor of Arkansas. (RELATED: Sarah Huckabee Sanders Introduces New Campaign-Like Website)