President Donald Trump suggested Monday that he wants to release the transcript of his phone call with Ukrainian President Volodymyr Zelensky, which has become the center of renewed impeachment calls.

A whistleblower complaint sparked inquiries into the July 25 call, during which Trump said he asked Zelensky to investigate former Vice President Joe Biden’s pressure campaign to fire a top prosecutor in Ukraine. Biden bragged in January 2018 that he got Ukraine to fire the prosecutor — who was looking into his son, Hunter Biden’s business dealings in the country — in exchange for a $1 billion loan guarantee. 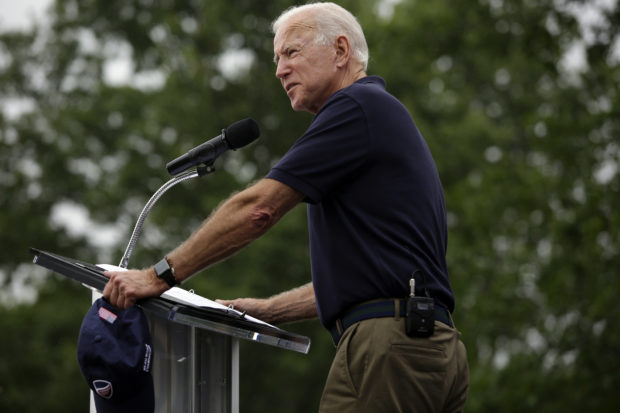 There is currently no evidence that Biden had the prosecutor fired to help his son, nor is there proof that Trump offered a quid pro quo to Ukraine if they were to investigate Biden’s actions. (RELATED: Ukrainian Foreign Minister Defends Trump Talk: ‘No Pressure’)

During a press conference with Polish President Andrzej Duda, Trump said he would be open to releasing the transcript of his call with Ukraine to prove that his actions were above board.

Trump on the Ukraine call transcript: “Perhaps you’ll see it, perhaps you won’t see that. It depends on what we want to do.”

The president also denied that he threatened withholding aid from Ukraine if they did not investigate Biden, asserting, “I did not make a statement that you have to do this or I won’t give you aid.”

“I didn’t put any pressure on them whatsoever … Joe Biden and his son are corrupt,” he added.