With the 2020 presidential election heating up, President Donald Trump, with his astronomical approval ratings in his own party, appears to be a shoo-in for the Republican Party’s nomination.

However, the Never Trump rebels within the party are not going quietly. Three Republicans are challenging the president for the nomination, arguing Trump has done long-term damage to the party and the conservative movement. (RELATED: Romney Remains #NeverTrump, Has No Plans To Endorse In 2020)

Those three are former Massachusetts Gov. Bill Weld, Former South Carolina Rep. and Gov. Mark Sanford, and one-term Illinois congressman and radio host Joe Walsh. They each present stark contrasts with the president, albeit for different reasons. So, which one has what it takes to make an effective case against the President?

Bill Weld: Weld became the first Republican to officially declare his candidacy back in April, rejoining the party to challenge Trump. Weld was the Libertarian Party’s vice presidential nominee in 2016, running on a ticket with Gary Johnson. Weld says his goal is to grow the party’s tent.

“My strategy is to enlarge the electorate that votes in the Republican primary,” Weld told the Daily Caller. “I would be more trying to appeal to millennials, younger voters.”

The former Massachusetts governor has challenged Republican orthodoxy on several social issues, most notably abortion. Weld has been outspoken about his support for abortion rights, but told the Daily Caller that if elected president he would not have a litmus test for potential Supreme Court justices. Weld also offered some praise for Trump-appointed Justice Neil Gorsuch, and said that he “probably” would have voted for Justice Brett Kavanaugh despite Kavanaugh’s “messy” confirmation hearings.

Weld also wants to change the perception that he’s a centrist and maintains that he has principled views that could appeal to a chunk of the electorate. 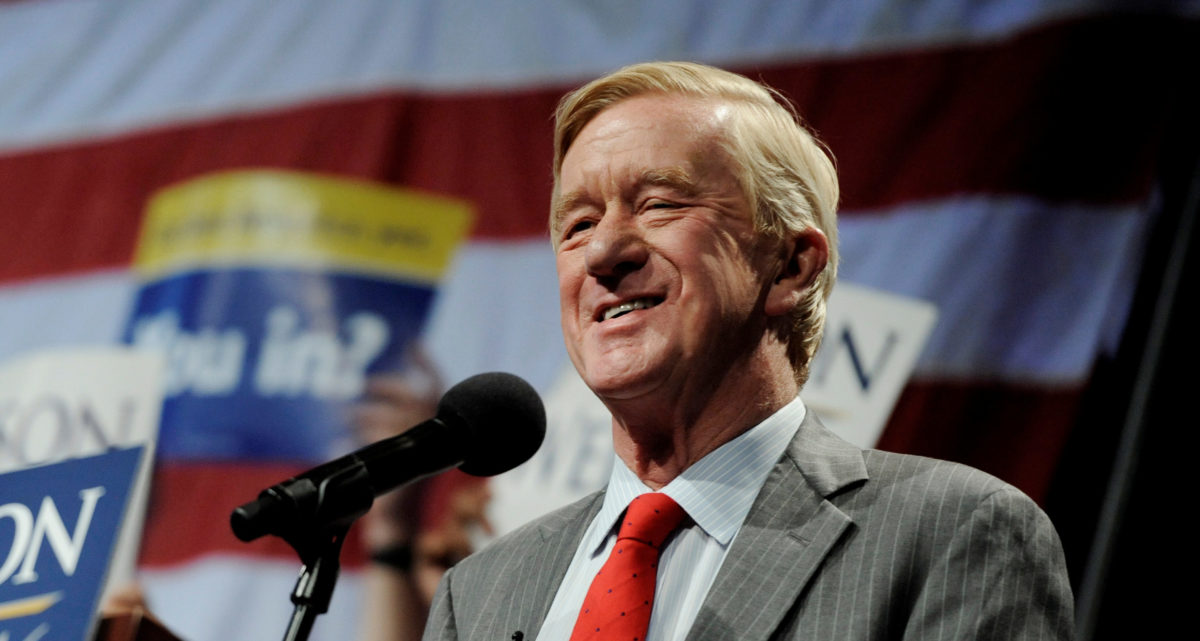 “I don’t consider myself a moderate,” Weld said. “I’m out on the libertarian wing of the Republican Party.”

Unlike Sanford, Weld also made clear that under no circumstances would he support Trump in a general election, and even said he might support the Democratic nominee in that scenario. Still, Weld strongly denied rumors that the goal of his long-shot bid is to harm the president.

“My goal is to become president of the United States, a job I think I can do,” Weld said.

Mark Sanford: The long-time South Carolina politician has the most consistently conservative record of any of Trump’s challengers. While Sanford takes conservative positions across the board, his campaign will aim to bring economic issues to the forefront, particularly the country’s spiraling debt crisis. The U.S. is facing roughly $22 trillion of debt and the Trump administration has shown little concern with reducing the deficit, to the dismay of many fiscal conservatives. (RELATED: Former South Carolina Gov. Mark Sanford Mulls Trump Primary Challenge)

Sanford is the most experienced candidate, having served two terms as South Carolina’s governor, and six terms as a member of Congress.

“There’s no substitute for seasoning and experience in life,” Sanford told the Daily Caller.

Still, the former governor is realistic about his chances.

“It’s a long shot to win the presidency,” Sanford said. “Just do the math.”

Sanford admits that he’s not sure promises of a balanced budget and cuts to government spending will be able to excite voters in an increasingly populist Republican party.

“If it doesn’t my campaign will be short lived,” he said.

Nevertheless, Sanford seems determined to bring these issues to the forefront during this election cycle. If Sanford can get a significant amount of Republicans to care about fiscal responsibility again, he may well consider his campaign a success.

Joe Walsh: The former Illinois congressman has to be the most enigmatic of the president’s primary challengers. Walsh was a die-hard Trump supporter in 2016, even going so far as to say that he would be “grabbing my musket” if Hillary Clinton had won the presidency in 2016. But, Walsh began to sour on Trump last year, and now repeatedly criticizes the president’s character and temperament. It’s an interesting argument for Walsh’s candidacy, given his history of racially-charged tweets and comments.

During his tenure as a shock-jock radio host, Walsh repeatedly and falsely claimed that former President Barack Obama was a secret Muslim who was not born in America. Walsh now says that he’s changed and has tried to repent for many of his past comments. Whether Walsh’s change of heart is genuine or driven by ambition is hard to know, but his bomb-throwing style could actually work to his advantage against Trump. (RELATED: Trump Campaign Responds To Joe Walsh Candidacy With Just One Word)

Unlike the mild-mannered Sanford and Weld, Walsh has the type of fiery persona that is made for television and made to rile up Trump. A back and forth with Trump could pay off for Walsh politically, and potentially earn him some respect from Republican primary voters.

The bottom line is that no matter what any of these challengers do, Trump is a shoo-in for the Republican nomination. The president holds historically high approval ratings within the party, and several states have already canceled their primaries as the Republican National Committee (RNC) mobilizes behind Trump’s re-election. With winning an unrealistic goal, the only things Weld, Walsh, and Sanford can hope to accomplish are damaging Trump ahead of the general election, raising their personal profiles, and bringing issues they care about to the forefront of the campaign. Even accomplishing any of those things may be a long shot, but it’s clear for all three primary challengers, that winning the nomination is a no-shot.