House Minority Leader Kevin McCarthy fired back at Speaker of the House Nancy Pelosi after she came out in favor of the impeachment of President Donald Trump for the first time Tuesday after meeting with her caucus.

In a Tuesday night press conference on Capitol Hill, McCarthy said Pelosi’s calls for impeachment are due to the Democrats losing the presidency in 2016, saying this is proof they have not yet got over the election. McCarthy also said their job is to legislate, not to continue to find dirt on the President.

“This election is over. I realize 2016 did not turn out the way Speaker Pelosi wanted it to happen. But she cannot change the laws of this Congress. She cannot unilaterally decide when an impeachment inquiry,” McCarthy said to reporters. “What she said today made no difference of what’s been going on.” (RELATED: Nancy Pelosi Comes Out In Favor Of Impeachment) 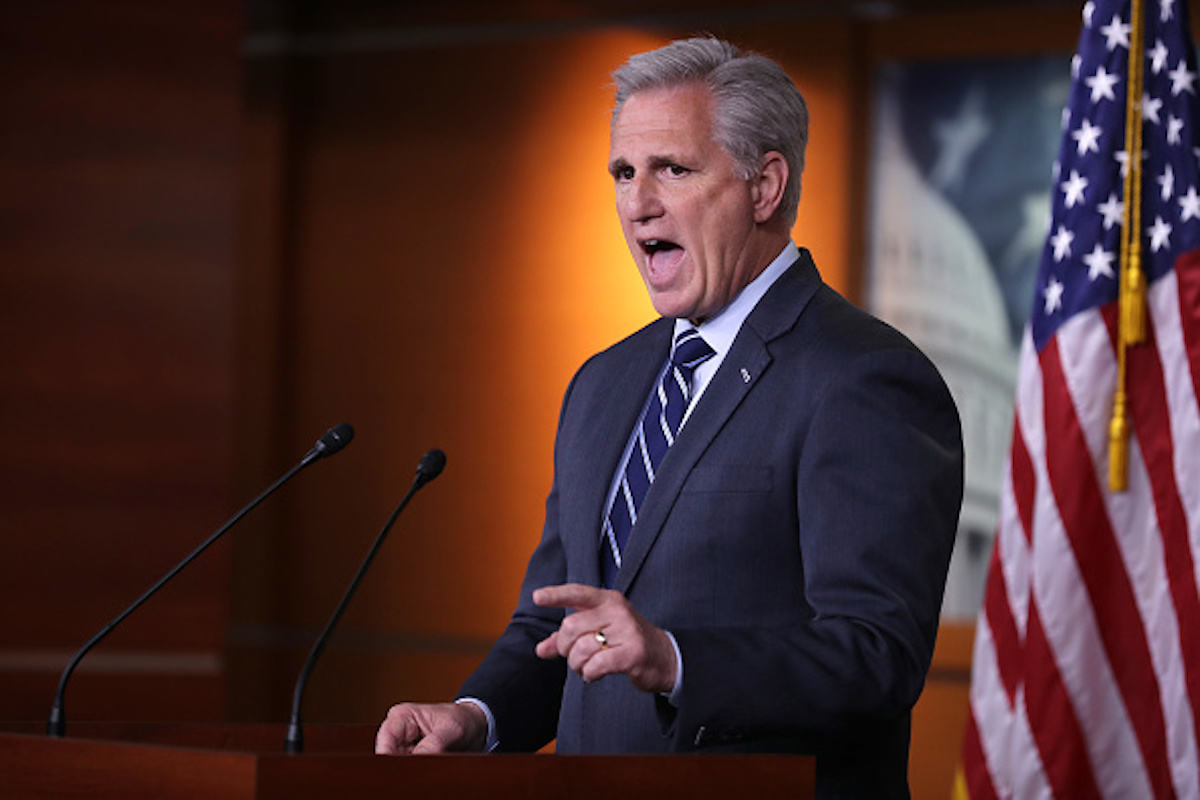