Will Smith and Jada Pinkett Smith finally decided to stage an “intervention” after noticing their son, Jaden, was “wasting away” while opting for a vegan lifestyle.

The revelation came during the latest “Red Table Talk” episode posted Monday on Facebook, while the family, including Will, Jada, Willow, Trey Smith, Adrienne Banfield-Jones talked about their latest eating habits,  per E! News in a piece published Monday. (RELATED: Check Out The Hottest Looks From The 60th Grammy Awards [SLIDESHOW])

“I get bored and I start to eat,” Will explained while adding that he’s a “grazer” when it comes to food.

Then Jada opened up about the “intervention” they staged because they were “really nervous” about Jaden’s eating habits.

“Will and I had a bit of an intervention with Jaden because he’s a vegan now, but we realized he wasn’t getting enough protein,” the “Girls Trip” star explained. “So he was wasting away. He just looked drained, he was just depleted, he wasn’t getting the nutrients.”

“There was even a little grayness to his skin,” Will added. We got really nervous. But you’re definitely looking better now.” 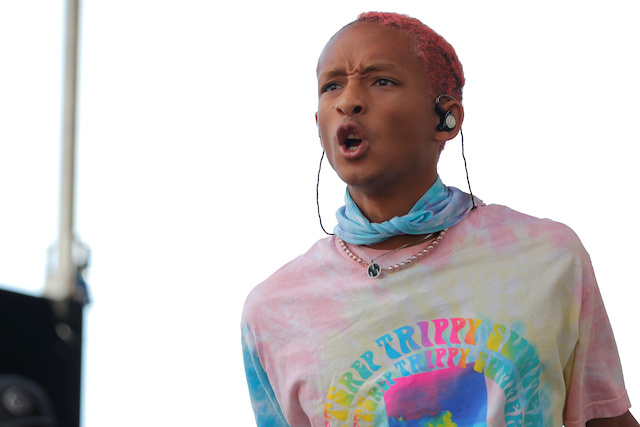 “I was just eating like two meals a day…maybe one,” he added. “Maybe just that one big meal and I’m like, ‘Oh, you know, I didn’t get around to it.'”