China harvests organs from religious minorities and “prisoners of conscience,” a tribunal told the United Nations on Tuesday.

The China Tribunal, an independent tribunal focused on forced organ harvesting from prisoners of conscience, presented its accusation Tuesday to the United Nations — but the tribunal has dedicated years to researching alleged organ harvesting abuses within the People’s Republic of China.

The Tribunal said those targeted are “primarily people who practice Falun Gong but also Tibetans, Uyghurs and House Christians.”

The Chinese government banned Falun Gong, a Chinese spiritual group which practices meditation, as an “evil cult” in April 1999. The United States has condemned China’s “horrific” treatment of Uyghur Muslims — treatment Secretary of State Mike Pompeo has called the “stain of the century.”

China Tribunal lawyer Hamid Sabi, who has also acted as the people’s tribunal investigating Iran’s alleged mass killings of political prisoners in the 1980s, told those gathered at the U.N. Tuesday that the Chinese government forcibly harvests organs from those imprisoned for religious beliefs. (RELATED: Over 400 Scientific Papers On Organ Transplants May Be Tainted By Unethical Organ Harvesting From Chinese Prisoners)

“Forced organ harvesting from prisoners of conscience, including the religious minorities of Falun Gong and Uighurs, has been committed for years throughout China on a significant scale,” Sabi said, according to a video published on the China Tribunal’s website. 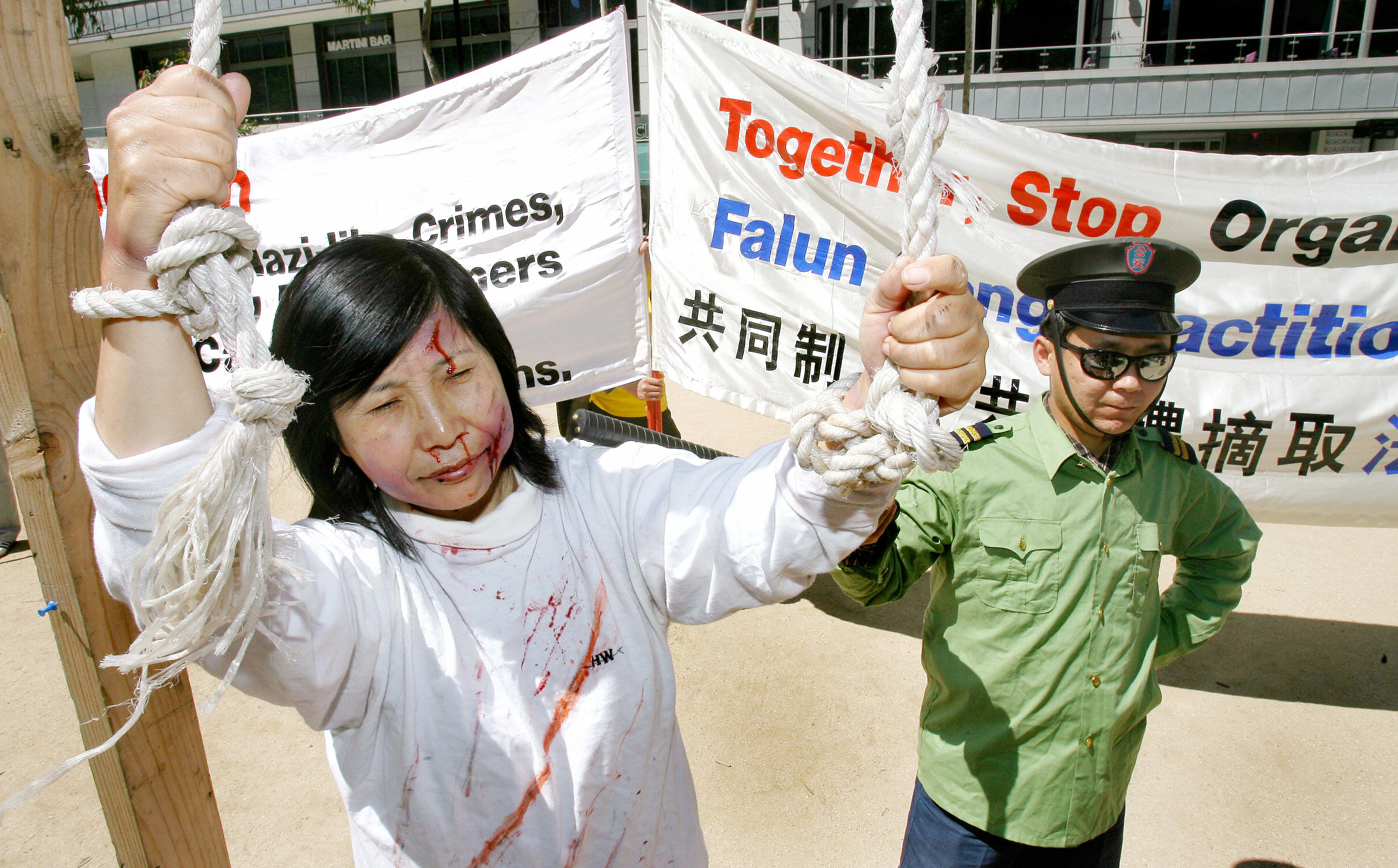 Describing the organ-harvesting as “one of the worst mass atrocities of this century,” Sabi said there were “hundreds of thousands of victims.”

“The Tribunal’s members are certain — unanimously, and sure beyond reasonable doubt — that in China forced organ harvesting from prisoners of conscience has been practiced for a substantial period of time involving a very substantial number of victims,” the Tribunal wrote in a Final Judgement Report posted June 17.

The report adds that there were short waiting periods for organs to be available for transplantation, that Falun Gong and Uyghurs were tortured, and that there was “accumulated numerical evidence” indicating it was impossible there were enough eligible donors to match the number of donations.

The Tribunal also said there is evidence there was both “direct and indirect evidence of forced organ harvesting.”

The Tribunal and the Chinese embassy in D.C. did not yet respond to a request for comment from the Daily Caller News Foundation.