A group of House Republicans blasted Speaker of the House Nancy Pelosi on Wednesday, the day after she came out in favor of the impeachment of President Donald Trump for the first time, after meeting with her caucus.

“I think at the end of the day, the Speaker owes an apology to this nation, and I think it’s even in question whether she should stay in her job. We are done with this,” House Minority Leader Kevin McCarthy said at a press conference Wednesday morning.

“What Speaker Pelosi did yesterday really was the worst we’ve seen yet where she announced an impeachment inquiry without any evidence, without seeing a transcript of the phone call at issue, without seeing any details from the supposed whistleblower,” Wyoming Republican Rep. Liz Cheney said to reporters at the press conference. 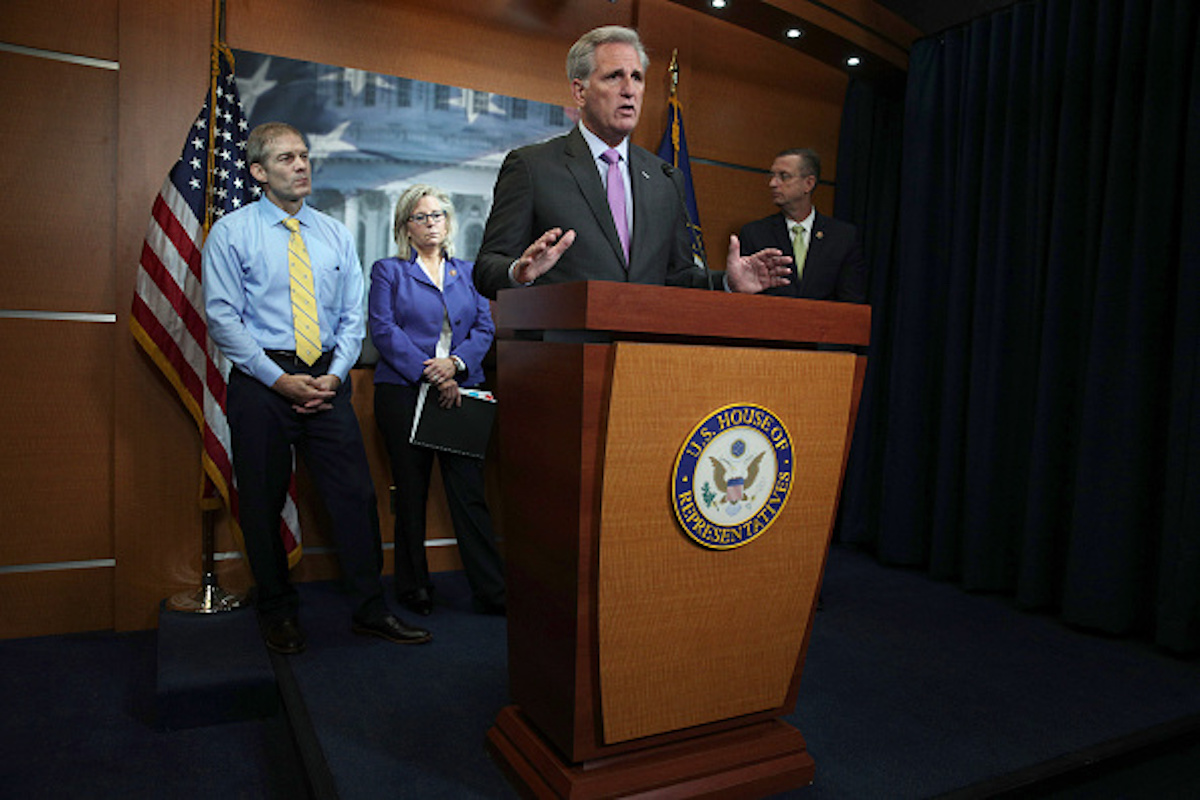 Despite Pelosi’s early reluctance to push for impeachment, there are currently 200 Democrats who support impeachment or an impeachment inquiry. Pelosi has said she believes Trump is “goading” Democrats to impeach him because he thinks it will help him fire up his base. (RELATED: Nancy Pelosi Comes Out In Favor Of Impeachment)