When asked Tuesday about her reaction to the House apparently moving forward on impeaching President Donald Trump, New York Democratic Rep. Alexandria Ocasio-Cortez’s first cited the president’s “decisions,” and their effect on local districts, as the reason for the urgency of the development.

“I think we all, many of us, especially from districts experiencing the brunt of the president’s decisions, have been feeling a sense of urgency around this,” she said in a video recorded by CNN.  “I think the development around the whistleblower, I think these developments are exactly where we need to be.”

Ocasio-Cortez began the week by accusing her Democratic colleagues — and by extension, House Speaker Nancy Pelosi — of being guilty of a worse offense for not moving on impeachment than any supposed crime that Trump stands accused of. (RELATED: Trump Fundraises With The Official Impeachment Defense Task Force)

On Sunday she tweeted: “At this point, the bigger national scandal isn’t the president’s lawbreaking behavior — it is the Democratic Party’s refusal to impeach him for it.”

At this point, the bigger national scandal isn’t the president’s lawbreaking behavior – it is the Democratic Party’s refusal to impeach him for it.

The congresswoman was asked to clarify that remark in a media scrum, but declined to do so, commenting, “I think we have to hold this president accountable and we have to protect our democracy and I believe that we’ll be doing so.”

Ocasio-Cortez went on to say that she is convinced Trump has already “committed several impeachable offenses. Speaking to the current whistleblower scandal —where an anonymous White House intelligence agent alleges Trump pressured Ukraine to initiate an investigation into former Vice President Joe Biden and his son, Biden Hunter, during a July phone call — Ocasio-Cortez called that “an impeachable offense.” (RELATED: Trump On Impeachment: ‘It’s The Only Way’ Democrats Can Stop Me) 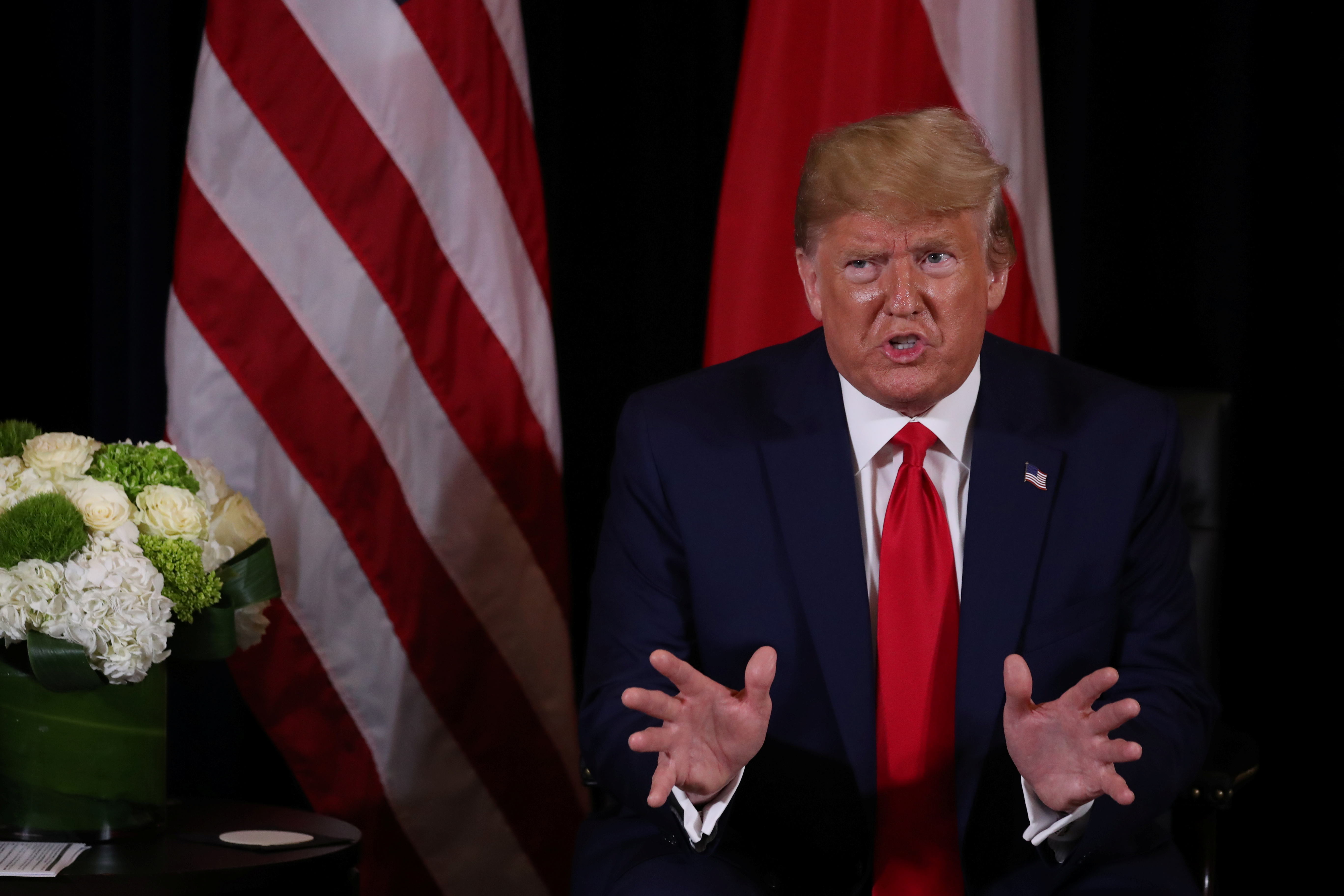 Ukraine’s foreign minister has also denied that Trump applied any pressure to that country’s president during the conversation.

Pelosi came out in favor of impeachment Tuesday.