President Donald Trump told a journalist from Venezuela on Wednesday that “socialism won’t’ happen in the United States … unfortunately I have to use your country as the example of what socialism can do.”

The journalist introduced herself as a correspondent from VPI TV in Caracas, Venezuela. Trump seemed taken aback by her presence at the news conference. “Wow. How are you doing over there?”

She responded, “Our situation is pretty bad.”

Trump agreed, saying, “I would say pretty bad, yeah. It’s sad … It was one of the great countries and one of the richest countries not so long ago, 15 years ago. It’s incredible.” (RELATED: Giant Anti-Socialism Banner To Fly Over Houston Before Democratic Debate, Paid For By Trump Campaign)

When the reporter said “But we are going to make it,” the president said, twice, “We’re helping you.” The journalist thanked Trump for the assistance.

Getting to her questions, the reporter pointed to Venezuelan president Nicolas Maduro as an example of how leftist leaders cling to power even with formidable opposition and asked Trump if he was “worried” about the threat of socialism as it continues to be a political force in South America. 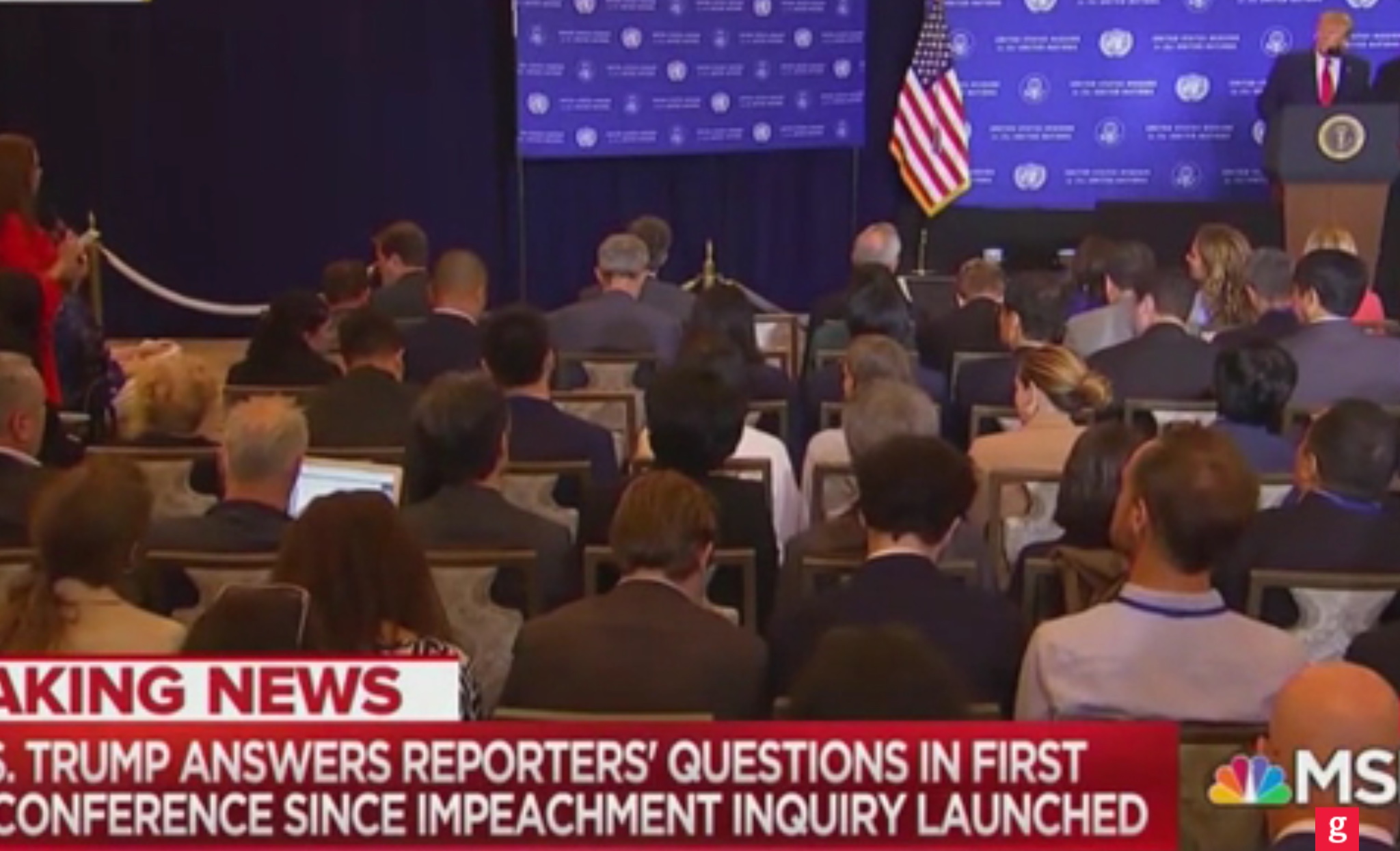 The president then described his interaction with Venezuelan expatriates who now live in Miami. These “fantastic people,” Trump said “vote overwhelmingly for me.”  He said the United States is committed to “giving millions and millions of dollars in aid” because “”people are dying. They have no food. They have no water. They have no nothing. No medicine … It’s so sad to see.”