The intelligence community inspector general found that the whistleblower behind a complaint against President Donald Trump had indications of “an arguable political bias” in favor of a Trump political opponent and also relied on “hearsay” to file allegations against the Republican, according a Justice Department legal opinion released Wednesday.

The document is not entirely favorable to Trump.

Intelligence Community Inspector General (ICIG) Michael Atkinson found the whistleblower complaint “credible” and “urgent,” according to Steven A. Engel, the head of DOJ’s Office of Legal Counsel, and referred it to DOJ for possible investigation into whether Trump illegally sought foreign assistance for the 2020 election during a phone call that is at the center of the complaint. (RELATED: Here’s The Transcript Of Trump’s Call With The Ukrainian President)

“According to the ICIG, statements made by the President during the call could be viewed as soliciting a foreign campaign contribution in violation of the campaign-finance laws,” Engel wrote, adding:

“The ICIG said that Trump’s actions could involve a ‘serious or flagrant problem,’ ‘abuse,’ or violation of law, and the ICIG observed that federal law prohibits any person from soliciting or accepting a campaign contribution or donation from a foreign national.”

Atkinson also asserted that allegations in the complaint “could potentially expose the official to serious national security and counterintelligence risks,” according to Engel.

The Justice Department ultimately decided against opening an inquiry into whether Trump broke the law and also blocked the complaint from being sent to Congress. Lawyers at the agency determined the complaint did not fall under the category of an “urgent” situation covered by laws governing intelligence community whistleblowers. 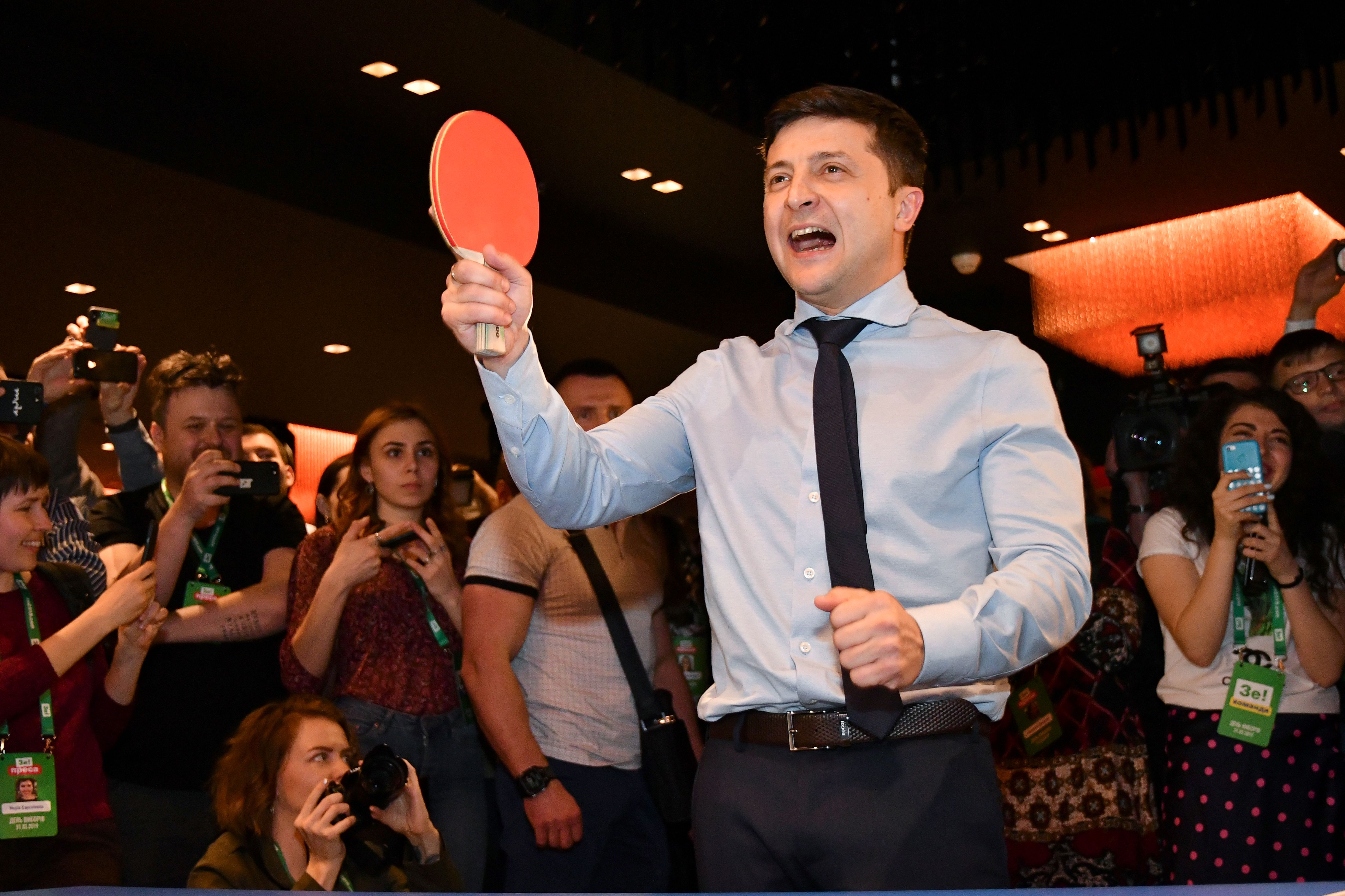 Details of the complaint has spilled into public view over a standoff over whether to provide the information to Congress. Atkinson believed the document should be sent to lawmakers, however, the Justice Department disagreed and blocked Acting Director of National Intelligence Joseph Maguire from doing so.

Facing political pressure from impeachment-seeking Democrats, the White House caved Wednesday and released a transcript of a July 25 phone call with Ukrainian President Volodymyr Zelensky that is at the center of the whistleblower complaint. The White House is also reportedly considering providing the complaint to Congress this week.

The DOJ opinion is sure to provide fodder to both Trump supporters and Trump critics over the significance of the whistleblower complaint, which was submitted to the ICIG on Aug. 12.

“Although the ICIG’s preliminary review found ‘some indicia of an arguable political bias on the part of the Complainant in favor of a rival political candidate,’ the ICIG concluded that the complaint’s allegations nonetheless appeared credible,” Engel wrote in a passage that is sure to grab Republicans’ attention.

A summary of the call White House officials wrote shows that Trump spoke for 30 minutes with Zelensky.

The document shows that Trump congratulated Zelensky on his election win. The pair then discussed U.S. aid to Ukraine, and Trump compared American contributions to those of European countries like Germany and France.

Zelensky brought up his interactions with Trump attorney Rudy Giuliani, who has met with numerous Ukrainian officials in his quest to dig up dirt on former Vice President Joe Biden. Trump encouraged Zelensky to speak with Giuliani and Attorney General William Barr about looking into Biden and his son Hunter Biden’s business dealings in Ukraine.

Trump did not appear to offer a quid pro quo to Zelensky, as some Democrats have speculated during the whistleblower controversy. Trump directed his chief of staff to freeze around $391 million in foreign aid to Ukraine days before the call, according to administration officials, The Washington Post reported Monday.

The White House released the funds on Sept. 11. Trump said Tuesday that he blocked the funding out of concerns about corruption in Ukraine and because other nations were not contributing as much as the U.S.

The whistleblower, who has not been identified, did not have direct knowledge of what Trump said in the phone call, according to Engel.

Instead, the official relayed “that unnamed ‘White House officials’ had expressed concern about the content of a telephone call between the President and a foreign leader,” the memo said.

“The complainant alleged that he or she had heard reports from ‘White House officials’ that, in the course of a routine diplomatic communication between the President and a foreign leader, the President had made statements that the complainant viewed as seeking to pressure that leader to take an official action to help the President’s 2020 re-election campaign,” Engel wrote.