ABC News added a major correction to a would-be bombshell report Wednesday that said the Trump administration required Ukraine’s president to discuss Joe Biden as a precondition to meet with President Donald Trump.

The story would have been a huge development in the saga involving a whistleblower who filed a complaint regarding a July 25 phone call between Trump and Volodymyr Zelensky, the Ukrainian leader. The whistleblower asserted in the complaint that Trump pressured Zelensky to investigate Biden’s son’s Ukrainian business dealings.

A transcript of that phone call shows Trump brought up concerns about the Bidens, but Trump denied pressuring Zelensky on the matter. (RELATED: Nellie Ohr: Ukrainian Lawmaker Was Fusion GPS Source)

If true, the ABC story would have called that denial into question, and given Democrats more ammunition for their push to impeach Trump.

But the story has several problems.

The source for the report was Serhiy Leshchenko, a former member of Ukraine’s parliament who ABC inaccurately identified as a current adviser to Zelensky.

ABC quoted Leshchenko as confirming Trump associates told Ukrainian officials Biden had to be a topic of discussion in order for Trump to meet Zelensky. 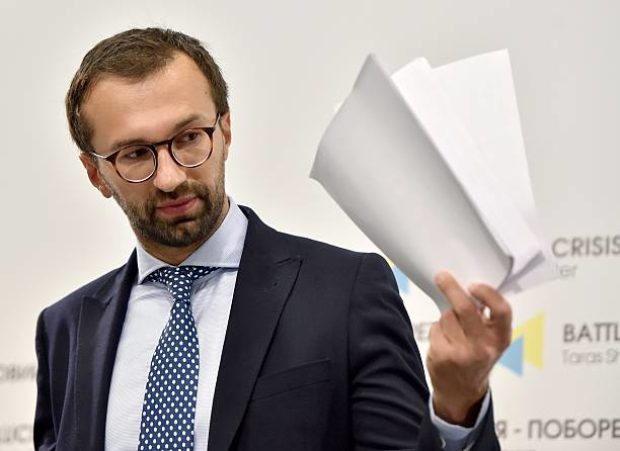 “Ukrainian officials were asking for a meeting with Trump for along [sic] time. As I remember, it was a clear fact that Trump wants to meet only if Biden case will be included,” Leshchenko told ABC.

“This issue was raised many times. I know that Ukrainian officials understood.”

After the ABC report caused a stir, Leshchenko told a reporter for Radio Free Europe he did not tell ABC there was a precondition for a Trump-Zelensky meeting. He told a BBC reporter he had learned of a possible precondition only through media reports.

But Patrick Reevell, the lead reporter on the ABC story, disputed Leshchenko’s denial.

“Leshchenko told me and a colleague that officials around Ukraine’s president Zelenskiy understood that talking about Biden was a condition for any meeting with Trump. We recorded him say it,” Reevell wrote on Twitter.

“It was my mistake that I still thought he was advising Zelenskiy. That should not have happened and I can only apologise for it. But he did say officials around Zelenskiy understood talking about Biden was a condition for any meeting with Trump,” he added.

Reevell did not immediately respond to a request for comment about his contacts with Leshchenko.

ABC’s initial story left out several key details about Leshchenko that would have raised questions about his thoughts on U.S.-Ukraine relations, and of Trump.

Nellie Ohr testified to Congress on Oct. 19, 2018, that Leshchenko was a source of information for Fusion GPS, the opposition research firm that gathered dirt on Trump on behalf of the DNC and Clinton campaign. Ohr, who worked as a contractor for Fusion GPS, was unable to describe how the information made its way from Leshchenko to Fusion GPS.

Leshchenko told the Daily Caller News Foundation on Wednesday he has no recollection of meeting anyone from Fusion GPS, but he could not rule out that he provided information to someone who worked for the firm without identifying their employer.

Representatives from Fusion GPS acknowledged receiving a request for comment about Leshchenko back in February, but did not respond with comment at the time.

Leshchenko is also no fan of Trump or Rudy Giuliani, who has led a one-man campaign to dig up dirt in Ukraine on the Bidens. He is best known for his alleged role in pushing the “black ledger” that purportedly shows illicit payments that Ukrainian officials made to Paul Manafort when he was a consultant for Ukrainian president Viktor Yanukovych.

He allegedly helped publicize the document after it was reported by The New York Times in August 2016. That story led to Manafort’s ouster from the campaign, but the longtime political consultant has long said the document is a forgery.

Leshchenko has denied the ledger is a fake, but its legitimacy still remains in limbo.

“A Trump presidency would change the pro-Ukrainian agenda in American foreign policy,” Leshchenko told the Financial Times days after the ledger was published.

“For me, it was important to show not only the corruption aspect, but that he is [a] pro-Russian candidate who can break the geopolitical balance in the world.”

ABC News did not immediately respond to the DCNF’s request for comment.