The Portland Police Bureau terminated a contract it had with federal immigration authorities, caving to pressure from members of the Democratic Socialists of America.

Portland Deputy Police Chief Jami Resch ended a contract the bureau signed with the Department of Homeland Security, which allowed agents within Immigration and Customs Enforcement (ICE) to use its classroom space and firing range at its training center, according to the Oregonian/OregonLive.

“After an internal review, the Portland Police Bureau is no longer allowing use of its Training Division facility by a portion of the United States Department of Homeland Security because the use of the facility must be consistent with the City’s values and Federal, State, and local laws,” read a Wednesday statement from the Police Bureau.

The decision to terminate the contract does not affect other agencies within the Department of Homeland Security. 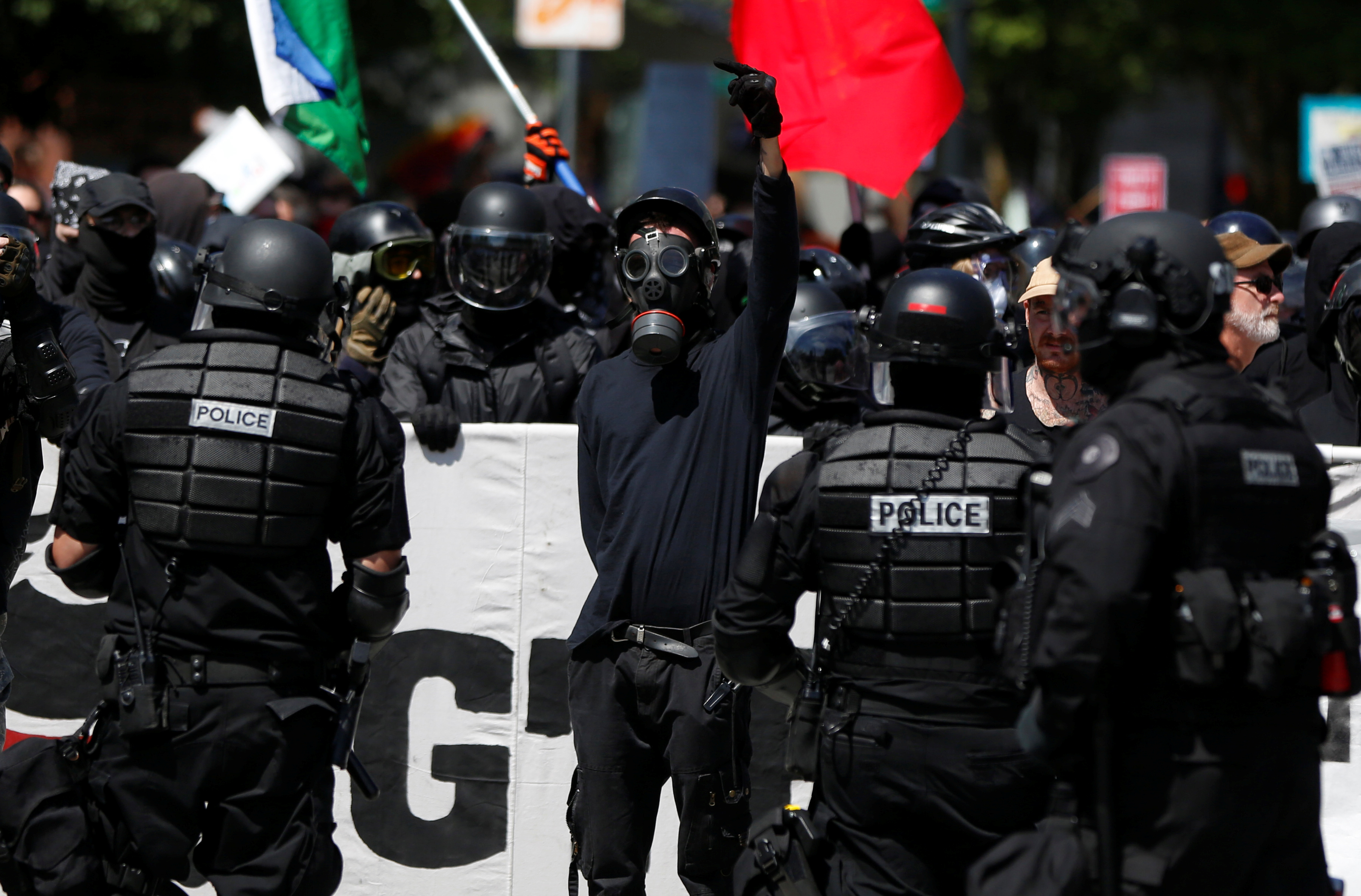 Counter-demonstrators are held back by police, from right-wing supporters of the Patriot Prayer group during a rally in Portland, Oregon, U.S. August 4, 2018. REUTERS/Jim Urquhart

The two-year contract was signed in 2018, and was supposed to last through August 2020. However, the contract was put under review after the Portland chapter of the Democratic Socialists of America (DSA) and other anti-ICE activists challenged the agreement. The agreement, they contended, violated the city’s sanctuary law that prohibits law enforcement from cooperating with federal immigration authorities.

“A mistake was made due to miscommunication during the contract approval process. When the oversight was brought to our attention, we took immediate action,” Chief Danielle Outlaw stated, explaining why how the contract was green-lighted.

Immigrant-rights groups and other liberal activists are increasingly pressuring businesses and government entities to end whatever contracts, or potential work, they have with ICE. Protesters in Boston, for example, demonstrated against Amazon earlier this month for reportedly trying to sell its facial recognition software to ICE. Hundreds of Google employees signed a petition in August, declaring they would not work with Customs and Border Protection.

The acting secretary of Homeland Security has asked for added security for all ICE facilities across the country due to violence against its property.

While the Portland DSA appeared happy that the Police Bureau dropped the contract, it called on the mayor to investigate the situation.

“That the city of Portland, a supposed sanctuary city, took money from ICE and allowed this contract to go into effect is disturbing and wrong,” read a DSA statement published Wednesday.

“If this is how PPB conducts itself behind closed doors, then it is essential that the upcoming Portland Police Union contract negotiations are made fully public. With negotiations scheduled to begin in October, Portland DSA calls on Mayor Ted Wheeler to begin an investigation into PPB contracts with ICE and Department of Homeland Security immediately,” the statements continued. (RELATED: Montgomery County Named One Of The Worst ‘Sanctuary Communities’ In The US)

ICE did not immediately return a request for comment from the Daily Caller News Foundation.