MSNBC mixed up Democratic presidential candidate Julian Castro with his twin brother, Democratic Texas Rep. Joaquin Castro in a tweet Friday and both brothers promptly called out the network for the blunder.

The video shows Joaquin Castro talking about the next steps for the House’s impeachment inquiry into President Donald Trump. MSNBC bungled its report on Twitter, writing that “Presidential candidate Julian Castro” was discussing the whistleblower complaint, which sparked the House’s decision to launch an impeachment inquiry.

The tweet includes a photo of Joaquin under the mislabeled brother. The accompanying link has the correct brother listed, but MSNBC’s twitter still bungled the names. (RELATED: Julian Castro Calls Out Forum For Accidentally Using Photo Of His Twin Brother In Program) 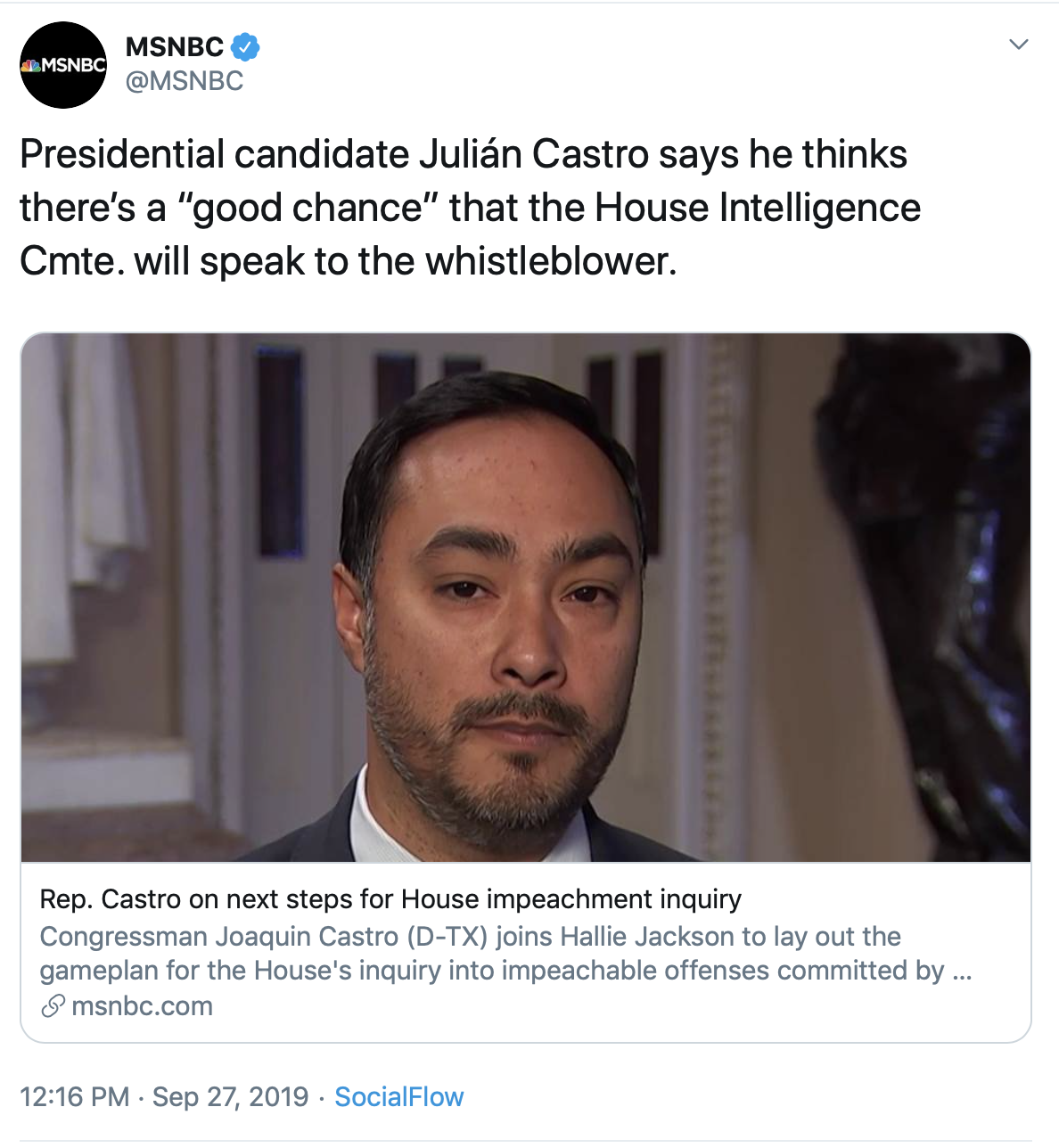 Both of the brothers pointed out the error to MSNBC on Twitter.

“I’m the one without the ugly beard,” Julian Castro tweeted at MSNBC.

Joaquin Castro asked the news outlet if he needs “a face tattoo,” adding that he already grew a beard, which his brother lacks.

“You guy @MSNBC know that’s actually me, right? I grew a beard. Do I need a face tattoo?” he tweeted.

MSNBC did not immediately reply to the Daily Caller News Foundation’s request for comment.