The Ukrainian government reportedly did not know that President Donald Trump froze military aid to the country until a month after the phone call that was central to a whistleblower complaint.

The detail was first reported Monday in The New York Times, but went relatively unnoticed until after the release of the July 25 call transcript and the whistleblower complaint. The Times originally dropped the news in the 13th paragraph of a story about the aid freeze.

“Mr. Trump did not discuss the delay in the military assistance on the July 25 call with Mr. Zelensky, according to people familiar with the conversation. A Ukrainian official said Mr. Zelensky’s government did not learn of the delay until about one month after the call,” the Times reported. 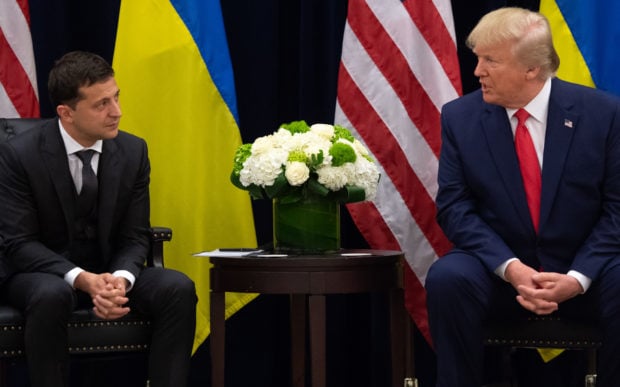 Trump decided to place a hold on $440 million in military aid at least a week before his disputed call with Zelensky, but told reporters earlier this week it was because he wanted other European countries, particularly Germany, to contribute more aid. (RELATED: Trump Says He Withheld Aid To Ukraine Because European Countries Failed To Pay Their Fair Share)

The transcript of the phone call confirms that the two leaders did not discuss the aid freeze. Trump spoke more generally about the United States’ support of Ukraine through “effort” and “time,” while Zelensky expressed a desire to purchase more U.S. military weapons.

“We are ready to continue to cooperate for the next steps, specifically we are almost ready to buy more Javelins from the United States for defense purposes,” Zelensky said.

Trump responded by requesting a “favor,” asking Ukraine to investigate meddling in the 2016 presidential election.

The president did not bring up an investigation of Biden and his son, Hunter, until later in the call.

Democratic Connecticut Senator Chris Murphy also admitted during a Thursday interview on CNN that Zelensky “did not make any connection” between the aid freeze and Trump lawyer Rudy Giuliani’s contact with Ukraine about a potential Biden investigation.