Former Secretary of State Hillary Clinton discussed President Franklin Delano Roosevelt’s affair in a Sunday interview, saying, “It can be gutsy” for the wife to stay in the marriage.

Clinton discussed her admiration for Eleanor Roosevelt and called the former first lady “one of the greatest Americans in our history” in an interview with “CBS Sunday Morning.” Both Hillary Clinton and daughter Chelsea Clinton chatted with CBS’s Jane Pauley about their new book, “The Book of Gutsy Women: Favorite Stories of Courage and Resilience.”

“Part of the reason that I admire Eleanor Roosevelt is the way she handled that, happening to her,” Hillary Clinton said, referring to FDR’s affair. (RELATED: Hillary Says Losing To Trump Was Like Losing To A ‘Corrupt Human Tornado’) 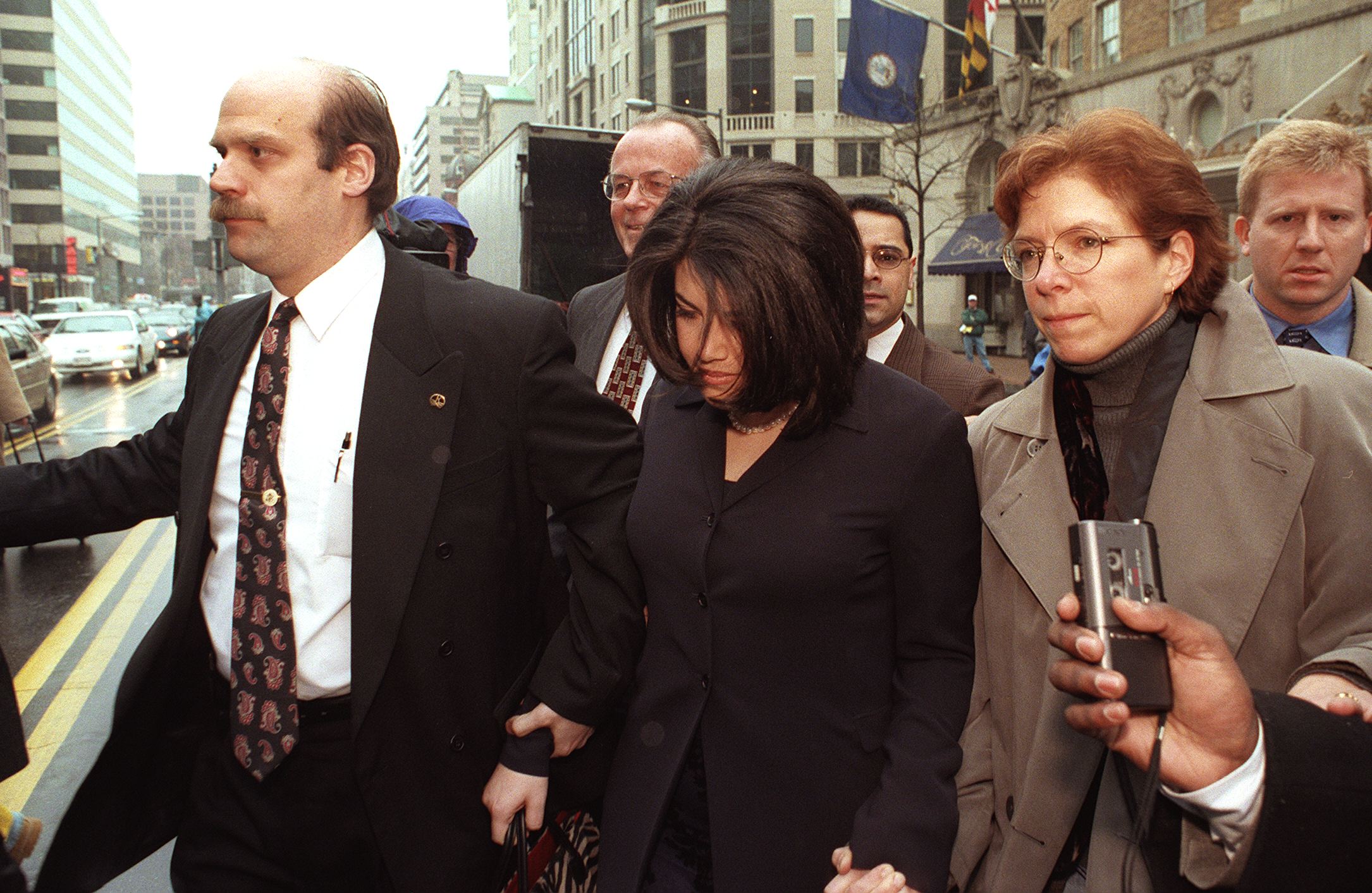 WASHINGTON, : Former White House intern Monica Lewinsky(C) is escorted across Connecticut Avenue 02 February in Washington, DC, enroute to her attorneys office. Lewinsky gave a deposition 01 February as a witness in the impeachment trial of US President Bill Clinton currently in progress in the senate. (CHRIS KLEPONIS/AFP/Getty Images)

Roosevelt reportedly began an affair with social secretary Lucy Mercer, who Eleanor Roosevelt herself hired, in 1916. Eleanor learned about the affair in 1918 and agreed to stay with him so long as he ended his relationship with Mercer. She also told her husband they would no longer sleep in the same bed, according to the New York Times.

Former President Bill Clinton had a consensual affair with former White House intern Monica Lewinsky in the mid-90s, but Clinton has also been accused of sexual assault, sexual harassment, and rape.

Juanita Broaddrick came forward in 1999 and accused Clinton of raping her in 1978 when Clinton was attorney general of Arkansas. Former White House volunteer Kathleen Willey accused Clinton of fondling her breasts and placing her hand on his crotch in the Oval Office in 1993.