Meghan Markle definitely got everyone’s attention Monday when she showed up in a beautiful blue dress during her multiple-day trip to South Africa.

The Duchess of Sussex looked just as striking as ever in a handful of pictures posted on Instagram showing her wearing the short-sleeve, button-up navy number that went down past her knees during her stop in Johannesburg. (RELATED: Report: Meghan Markle And Prince Harry Plan To Have At Least One More Child)

She completed the great look with loose hair and bright red flats. The post on the royal’s official social media account read in part, “While in Johannesburg today, The Duchess of Sussex visited Victoria Yards, which celebrates the power of community, bringing local artisans and ‘makers’ together to rebuild, support and learn from each other on a holistic level.” (RELATED: Report: Meghan Markle And Kate Middleton’s Alleged Feud Really Between Prince Harry And Prince William)

A second post showing her in a handful of shots from the trip in the terrific blue dress read in part, “While at Victoria Yards in Johannesburg this afternoon, The Duchess of Sussex had the opportunity to learn more about the importance of, and how to enable a ‘wellbeing economy’ thanks to Co-Director of the Maker’s Valley Partnership, Simon Sizwe.”

The former “Suits” actress’ fashion sense is always on point as has been noted before. Most recently, she turned heads in a pretty sleeveless black jumpsuit during an event in Cape Town. 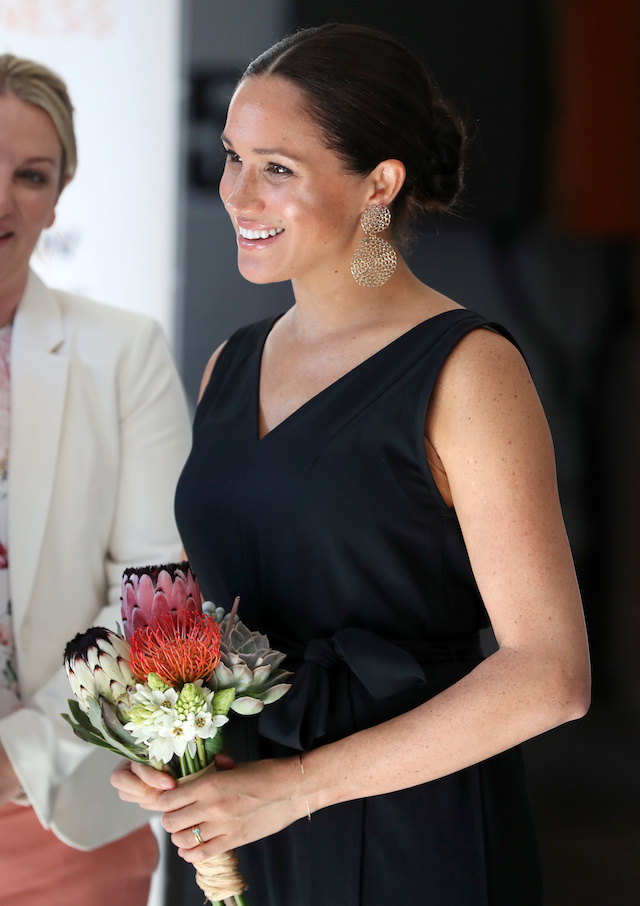 She completed the terrific look with her hair pulled up into a low bun and black high heels. 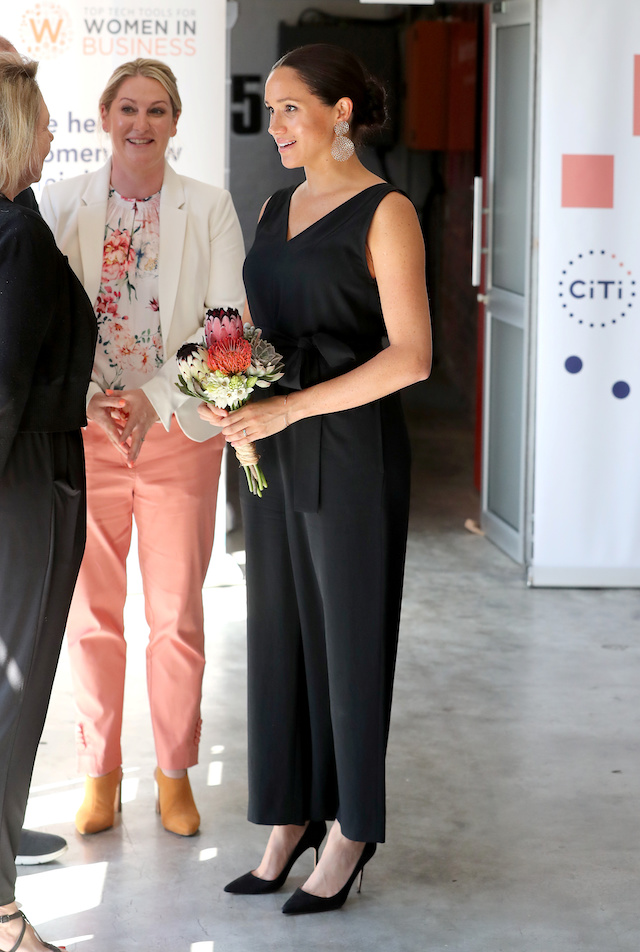 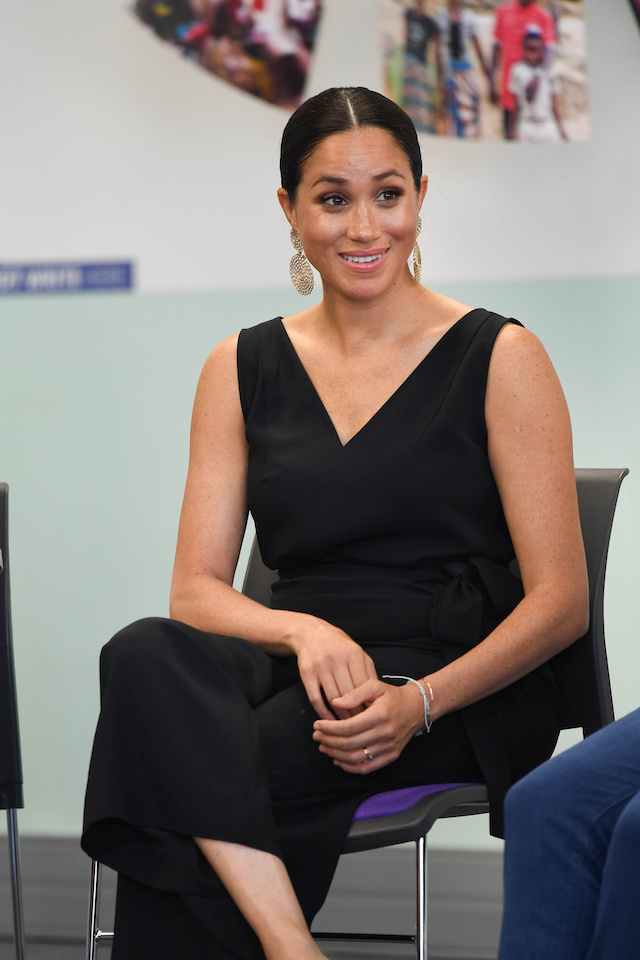