Schiff fabricated Trump’s words in his statement, in a performance he later said was “meant to be at least part in parody” of Trump’s conversation with Ukrainian President Volodymyr Zelensky.

But NBC News provided YouTube viewers with no indication that Schiff’s remarks were inauthentic.

“Watch Rep. Adam Schiff’s Opening Statement On The Whistleblower Complaint,” reads the title of the video, which has already racked up more than 42,000 views on YouTube. 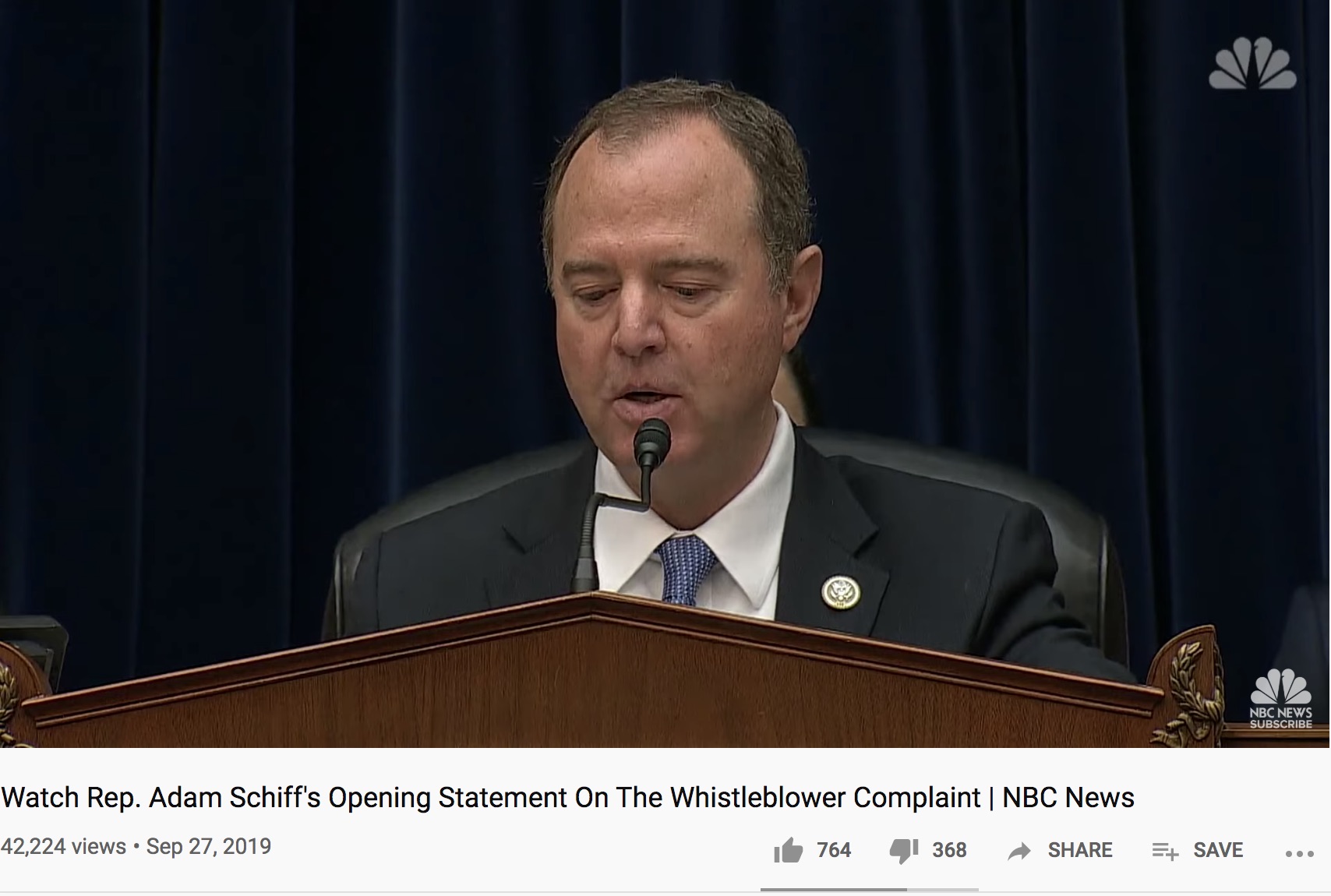 NBC News did not post video of Republican California Rep. Devin Nunes’s opening statement. Nunes is the top Republican on the House Intelligence Committee, while Schiff is the committee’s top Democrat.

An NBC News spokeswoman did not return an email seeking comment.

Schiff has faced criticism for the fabricated dialogue.

“If the facts are as damning as you say, why make up dialogue for dramatic effect, even if it’s a parody as you say?” ABC News’ George Stephanopoulos asked Schiff on Sunday. (RELATED: Democratic Congressman Wants ‘An Explanation’ For Joe And Hunter Biden’s Conflicting Answers On Ukraine)

Schiff treated the question as a distraction. “Well, George, you’re right, the call speaks for itself and it is plenty damning, but let’s not pretend that this is really what the president is upset with me about,” the congressman said.

“Rep. Adam Schiff illegally made up a FAKE & terrible statement, pretended it to be mine as the most important part of my call to the Ukrainian President, and read it aloud to Congress and the American people,” Trump tweeted.

“It bore NO relationship to what I said on the call. Arrest for Treason?” the president added.