Former White House press secretary Sarah Huckabee Sanders said that the Democratic Party is being pushed around by Democratic New York Rep. Alexandria Ocasio-Cortez and “The Squad” in a new interview.

Sanders singled out Rep. Ocasio-Cortez, telling a New York radio show Sunday that Democrats are “beholden to this left-wing part of the party — the AOC or ‘The Squad’ — that they’re trying to appease them.”

“The only person who has been on a steady incline and continuing to gain momentum and gain support seems to be Elizabeth Warren,” Sanders also said, adding that “there couldn’t be better news for President Trump,” she added.

“I think it’s going to be impossible to come back to the middle and try to regain some of those independent voters,” the former White House official also said.

“And you know, some of the people like Elizabeth Warren — I don’t think she wants to come back to the middle. I think she believes that the far left side is right. I think it’s a scary thing for America if she becomes president.” 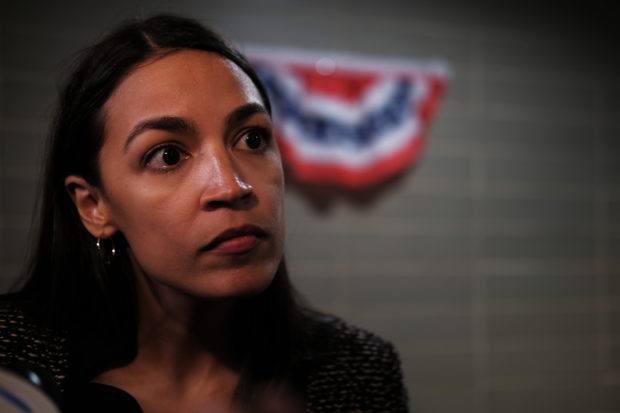 Members of “The Squad” have already gotten vocal during the 2020 primary season.

Minnesota Rep. Ilhan Omar panned former vice president Joe Biden recently, saying that he’s not the right candidate to “tackle a lot of the systematic challenges that we have.” (RELATED: Ilhan Omar Mocks Republicans For ‘Losing Their Minds’ Over Muslims In Congress)

Sarah Sanders, since leaving the White House, has been an outspoken critic of Democrats and their policies.

She also recently told a Republican group that “destructive chaos” could unleash in America if Democrats win in 2020.